How Kiska became the loneliest killer whale in the world

Kiska is the last captive orca in Canada.

Over the last ten years, Kiska, a 46-year-old orca living in Marineland, a marine amusement park in Niagara Falls, Ontario, has become known as the “loneliest orca in the world.” She received global attention after a video, taken by former Marineland marine mammal trainer turned animal activist Phil Demers, of her banging her head against her tank went viral in 2021, renewing public outcry and calls for Kiska’s release.

Kiska is the last captive orca living in Canada.

Initially captured off the coast of Iceland in 1979 at approximately three years old, Kiska was eventually transferred to Marineland (along with another famous captive orca, Keiko).

For decades the public has been concerned with Kiska's situation at Marineland. Kiska’s profile rose when a 2011 custody battle between SeaWorld and Marineland over another orca, named Ikaika was launched. In the early 2000s, Marineland had been looking for a male partner for Kiska and reached out to SeaWorld. SeaWorld agreed to give Ikaika, then four years old, to Marineland in exchange for three beluga whales. Ikaika was flown to Canada to live with Kiska and another female orca, Nootka.

Sadly, Ikaika had already begun developing several behaviour and health issues common for orcas in captivity before he arrived at Marineland. Upon arrival, he became aggressive, attacking and biting Kiska, and had dental issues that required daily antibiotics and pain medication. As Ikaika’s condition and behaviour worsened, SeaWorld requested his return in 2009, claiming it could take better care of Ikaika. Marineland disagreed and the dispute went to court. In 2011, SeaWorld won the case and Ikaika was flown back to California.

During this time Nootka had tragically passed away, leaving Kiska to be dubbed by concerned citizens as “the loneliest orca in the world.”

Throughout her life in captivity, Kiska gave birth to five calves who all sadly died at young ages. She is often seen displaying stereotypies — abnormal and repetitive behaviours that typically result from boredom, stress, and lack of stimulation in captivity. In addition to banging her head against her tank, Kiska often swims in circles or simply floats lifelessly.

Kiska’s tragic situation of loneliness and isolation shows how cruel the captive cetacean industry can be. Orcas are highly social animals who suffer tremendously living in isolation and without the ability to swim great distances and depths as they would in the wild.

The future of captive dolphins in Canada:

Despite the Criminal Code prohibiting the use of captive dolphins in performances for entertainment purposes, Marineland is facing charges for allegedly doing just that. The current court case against the park started in early 2022. World Animal Protection submitted new evidence during the summer of 2022 of seemingly continuation of the use of dolphins in alleged shows. Regardless, the park has so far been allowed to continue to operate. This month, December 2022, Marineland will return to court for the eighth time this year.

While the banning of cetacean captivity is a good start, we at World Animal Protection are fighting for all captive wild animals kept in degrading conditions. This is why we are urging the Ontario government to pass stronger regulations and to prioritize the welfare of animals.

There is some hope for Kiska.

The world’s first seaside sanctuary has been proposed to be built in Nova Scotia, by the Whale Sanctuary Project (WSP). Advocates are hoping that the sanctuary, once ready, can offer a new home for Kiska and take in as many beluga whales as capacity allows.

At World Animal Protection, we are working to make this the last generation of dolphins in captivity (don’t forget, killer whales are the largest dolphin species!). We believe in seeing dolphins in the wild where they belong and not in captive environments where they’re unable to live natural lives.

When possible, we advocate for captive dolphins to be released to seaside sanctuaries, where they can live the rest of their lives in as natural an environment as possible.

Through public education, corporate engagement, and the development of responsible alternatives, we are working towards a world where dolphins and other wild animals can live a wild life.

How you can help:

Want to help end the captive wildlife entertainment industry? Groupon, the travel company known for its deals to restaurants and spas, also sells tickets to captive dolphin venues, including Marineland. Take action and urge Groupon to protect animals, not exploit them. 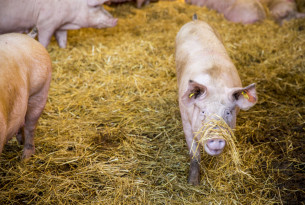 Most farmed animals in Canada, and worldwide, are kept in restrictive housing and isolation. But people are speaking out and some companies are reacting by... 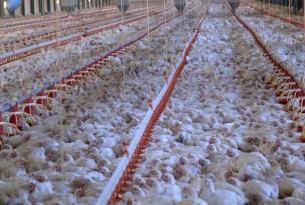 Each year billions of chickens are subjected to unnecessary suffering at the hands of fast-food companies who refuse to take the welfare of the chickens in...