Bill S-203 went through more than three years of significant debate, but science was on our side, and together we demonstrated that Canadians are against keeping these social, intelligent and vast roaming marine mammals in small, barren tanks for entertainment. Now what?

The historic victory of Bill S-203 (Ending the Captivity of Whales and Dolphins Act), amends the Criminal Code, the Fisheries Act and Wild Animal and Plant Protection and Regulation of International and Interprovincial Trade Act, to ban the keeping, breeding and trading in cetaceans (whales, dolphins and porpoises) for entertainment purposes. Those who break the law face fines up to $200,000. However, there is an exception for whales and dolphins that are already in captivity. These mammals will be grandfathered, meaning venues can keep the cetaceans they currently own but they can’t breed them or acquire more for tourist entertainment. Bill S-203 also makes an exception for cetaceans needing care or rehabilitation.

The new law is still a significant achievement as it means the cetaceans currently kept in captivity will be the last generation that has to suffer to entertain people in Canada.

The new law curbs a growing animal welfare problem and reinforces the unacceptability of captive cetacean tourism but the whales and dolphins currently in captivity, will continue to suffer. The Case Against Marine Mammals in Captivity report provides the scientific and ethical arguments against keeping marine mammals in tanks. Cetaceans are highly intelligent, socially complex, vast roaming, deep diving mammals and keeping them in small barren, shallow tanks that completely restrict their natural movements and behaviours is cruel.

Can the public still see the animals at venues in Canada?

Marineland has stated that it will prohibit ‘entertainment only’ shows but will continue what it deems “Educational Presentations."

In our 2019 report, The Case Against Marine Mammals in Captivity, it’s noted that while tourist venues can be legally obligated to provide an educational component, there is little objective evidence to indicate that it is furthering public knowledge. The report cites a 2018 international survey, where respondents who supported keeping cetaceans in captivity were significantly more likely to believe cetacean conservation was not important. This goes against the industry’s argument that their facilities promote public concern for conservation and that keeping cetaceans in captivity significantly benefits education and conservation efforts.

The other Canadian venue to be impacted by the new law is the Vancouver Aquarium, which owns one cetacean – a pacific white-sided dolphin named Helen. While Helen is exempt under the grandfather clause in Bill S-203, a city bylaw which bans cetaceans in captivity requires her to be relocated from the facility.

Are the animals at Marineland going to have to stay there for the rest of their lives?

The grandfather clause in Bill S-203 allows venues to keep the cetaceans they currently own in captivity. According to previously recorded data, Marineland owns 55 belugas, five bottlenose dolphins and one orca, who would be affected by the Bill.

This month, the permits requested by Marineland to move two beluga whales to a Spanish venue, Oceanografic, were approved. Oceanografic has reportedly committed not to breed these whales, and the Canadian Fisheries Minister Jonathan Wilkinson acknowledged this was an important factor in the government’s decision to approve the permits and believes the transfer is the best interest of the whales’ welfare.

We appreciate Oceanografic’s commitment to not breed these belugas and are asking the Canadian government to hold them to account and to share their criteria for assessing new import and export permits. The public deserves greater assurance that these belugas and the other cetaceans currently kept in captivity in Canada won’t be shipped to other facilities to be bred and exploited for tourist entertainment. We believe that the government should be transparent about their criteria, and involve animal welfare experts and organizations to ensure the best interests of these cetaceans are met.

We hope more marine parks will follow the lead of the National Aquarium in Baltimore, Dolphin Marine Magic in Coffs Harbour, Australia and Ocean World in Shanghai and retire their animals to seaside sanctuaries.

Is there a sanctuary they could go to?

Plans are underway to establish cetacean sanctuaries around the world. The Whale Sanctuary Project is working to establish a model seaside sanctuary in North America for retired orcas and beluga whales who wouldn’t be able to survive a full return to the wild. In Iceland, the SEA LIFE Trust has created the first beluga whale sanctuary in partnership with Whale and Dolphin Conservation (WDC) will see its inaugural residents, two belugas from a facility in China, arrive in the spring of 2020.

While grandfathered cetaceans remain in captivity, the passing of Bill S-203 is a major victory for animal welfare in Canada and globally. A key component of the law is the ban on breeding whales, dolphins and porpoises. This ensures that the cetaceans currently kept in tanks in Canada are the last generation that has to suffer for peoples’ amusement. A legislative ban goes a long way in decreasing public acceptance of the use of cetaceans for tourist entertainment. We expect it to have ripple effects, influencing other governments to pass similar legislation and causing tourists to think twice about purchasing a ticket to a whale or dolphin show or swim with dolphin experience.

Our hope is that Canadian tourists bring those values with them while on vacation in other countries and will not participate in harmful activities that are now illegal at home. In 2019, our research found that 89% of those surveyed believe wild animals belong in the wild, with 87% preferring to see animals in their natural habitat. Do you agree? 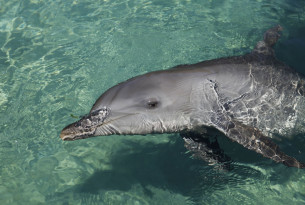 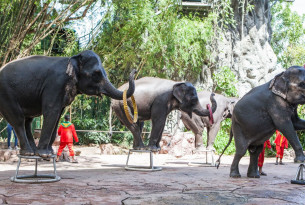 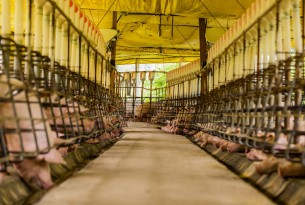 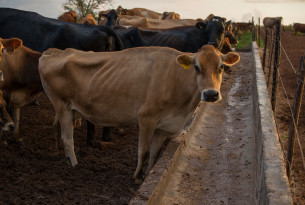 Our planet’s diversity of life is at risk because of the erratic climate. Climate change poses a fundamental threat to species, communities, and people’s...