Marine mammals like dolphins and sea lions are perfectly evolved to live and flourish in their wild ocean home, not within the confines of a human-made concrete tank.

In 'The Case Against Marine Mammals in Captivity' report, we provide scientific evidence and ethical arguments to support the case that it is unacceptable to house marine mammals in captivity for the purpose of public display and tourist entertainment.

Revealed in the report

Keeping marine mammals captive, whether taken from the wild or bred in captivity, causes immense physical and psychological suffering – from capture, to transport, to a lifelong existence in small barren tanks.

Orcas are among the most intelligent species on the planet. This orca, in a small barren holding tank, literally has nothing to do while they wait for their cue in the orca show.

Marine mammal exhibits prioritize the needs of the visiting public and economic factors over the needs of the animals. Enclosures are designed to make the animals readily visible, not necessarily comfortable, and efficiency of maintenance dictates slick surfaces as opposed to naturalistic textures and substrates.

Some facilities display marine mammals in sea pens rather than traditional aquariums. While sea pens simulate more natural conditions, they are subject to alternative problems such as noise pollution from boat traffic and coastal development, and physical pollution from land-based features such as runoff from roads and sewage outfall.

The habitat of marine mammals is difficult and frequently impossible to re-create.

Many facilities offer direct interaction with marine mammals through feeding sessions or attractions such as swimming with dolphins. These interactions endanger both the animals and the human participants by increasing the chances of disease transmission and physical injuries, as well as stress for the animals.

Posing like this for a “photo op” with tourists is a completely unnatural behaviour for dolphins. This is not education.

The argument for education and conservation

However, a study found that fewer than half of reviewed dolphinaria provided any information on conservation or provided educational materials for children or teachers.

It can also be argued that viewing captive animals gives the public a false picture of the animals’ natural lives. For example, many actions performed by dolphins in shows that are portrayed as “play” or “fun” are actually displays that in free-ranging animals would usually be considered aggressive or a sign of disturbance.

In reality, fewer than 5 to 10 percent of zoos, dolphinaria, and aquaria are involved in substantial conservation programs and the majority of marine mammals currently being bred in captivity are neither threatened nor endangered.

In fact, most captive-breeding programs simply ensure a supply of animals for display or trade, creating in many cases creating larger populations of animals with questionable genetic backgrounds.

It would appear that for dolphinaria and aquaria to state that they are actively involved in conservation is little more than a marketing tool or a way to justify imports of animals – particularly because the overwhelming majority of marine mammal species currently being bred in captivity is neither threatened nor endangered, including bottlenose dolphins.

Many people consider swimming with dolphins a thrill of a lifetime, but for the dolphins, it is just a job. As wild animals, they do not want to be with us as much as we want to be with them.

Pledge your support to be an animal-friendly tourist when you travel. You can protect these animals by reducing the demand for wild animals in entertainment in the countries where you are on holiday.

As a thank you for taking our pledge, we'll send you a link to download our animal-friendly pocket travel guide, including these tips and more. You can print our guide or save it to your phone or any device so you'll have it handy on your next trip.

“There is about as much educational benefit to be gained in studying dolphins in captivity as there would be studying mankind by only observing prisoners held in solitary confinement.” – Jacques Cousteau, environmentalist, filmmaker, and one of the most famous critics of using the behaviour of cetaceans in captivity as a model for animals in the wild. 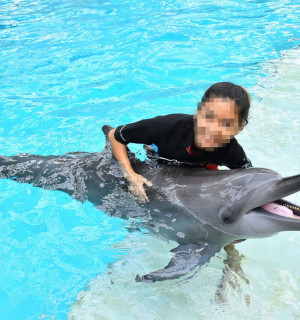 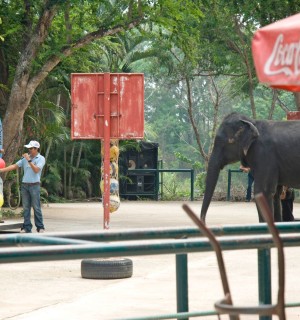 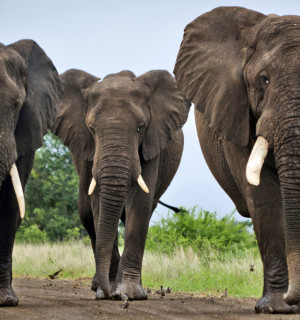