Travel companies around the world profit from some of the cruellest types of wildlife tourist attractions on earth.

Whether it is riding elephants, taking selfies with tigers, or performing dolphin shows, these activities can cause lifelong suffering for wild animals.

Oxford University’s Wildlife Conservation Research Unit (WildCRU) analyzed 24 different types of wildlife attractions across the world. They rated them based on welfare and conservation criteria - we used this information and combined it with our own research to identify 10 of the world’s cruellest types of attractions.

Below are five of the ten world’s cruellest attractions that we revealed in our Checking out of cruelty report. 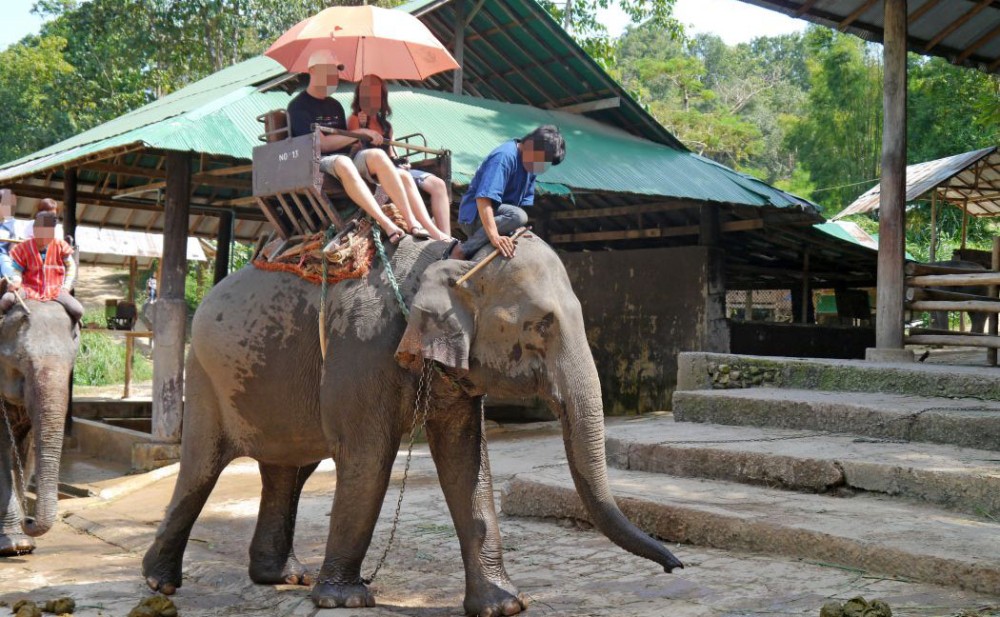 In order to make elephants submit to elephant rides and other human interactions, they are taken from their mothers when babies and forced through a horrific training process known as ‘the crush’. It involves physical restraints, inflicting severe pain and withholding food and water. By the time tourists come to ride an elephant, it may look at peace, but this is because its spirit has been broken.  The bullhook used permanently reminds the animal of human dominance.

The cruelty does not end after the crush. When not performing or used for rides most elephants are kept on chains, unable to socially interact with one another. This is hugely damaging to their physical and psychological well-being.

In our new report, ‘Taken for a ride' we found that there are more than 3,000 captive elephants in tourist attractions across Asia and most of them are forced to live in cruel and unacceptable conditions. Of the 220 elephant tourist attractions we investigated, 96% offer saddled rides or shows.

If you're going on holiday and want to see elephants, make sure you visit an elephant-friendly venue. Our report includes a list of venues that don't offer cruel elephant attractions. 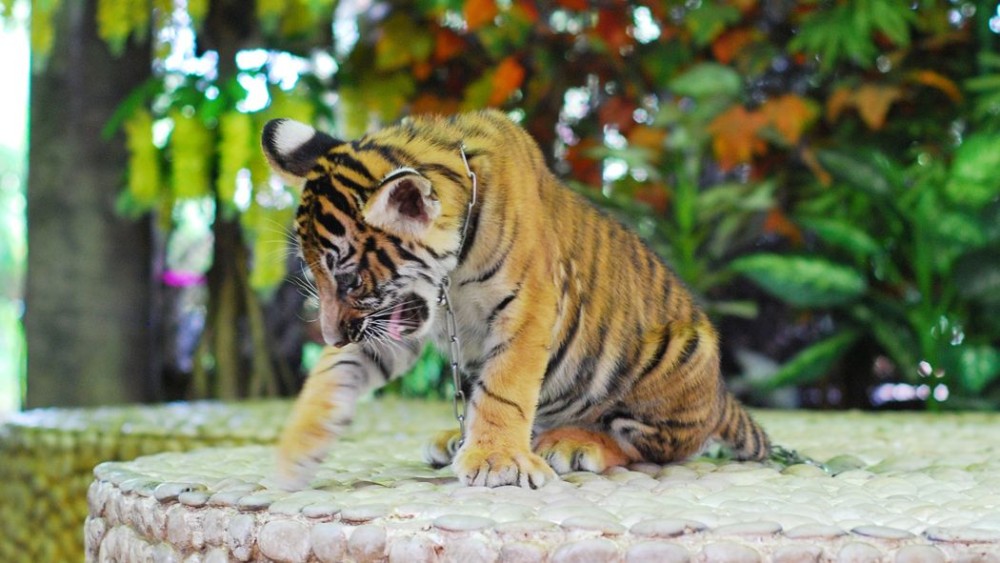 Tiger cubs are separated from their mothers at an early age so they can be used as photo props. They are handled by tourists and typically kept chained up, or in small barren cages.

In Thailand we found 17 tiger entertainment venues housing up to 830 tigers. Although cruel tiger tourism venues can be found throughout Thailand, this is a problem around the world.

Our report, ‘Tiger selfies exposed: a portrait of Thailand’s tiger entertainment industry' is the first of its kind, delving below the surface of Thailand’s wildlife tourism industry, and showing just how many tigers suffer when forced to act as props for tourist photos. 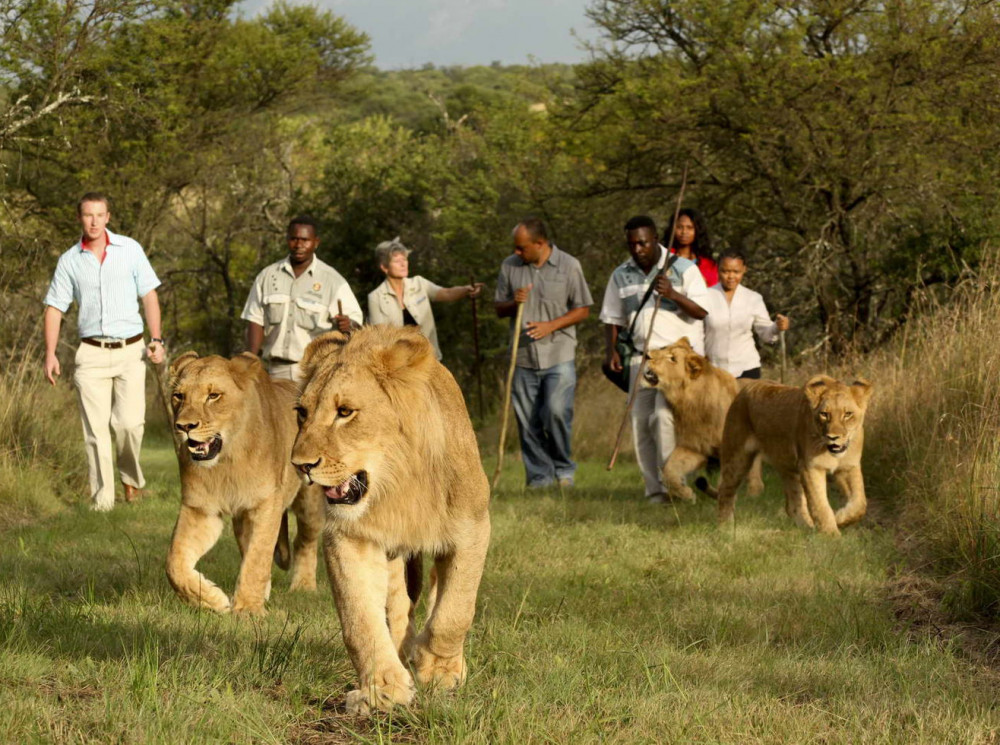 Lion cubs are bred and taken from their mothers, typically within a month of birth, to supply the growing lion tourism industry, mostly located in Southern Africa. Tourists handle the cubs for hours and pose with them for photos. They are also often told to hit the cubs if they display aggressive or unwelcome behaviour.

When the cubs grow too big for tourists to pick up and hug – but are still young enough to control – they are used for the relatively new walking with lions tourist experience. The lions are trained to ‘safely’ walk with tourists, sometimes on leads.

These lions face a lifetime in captivity as they cannot be released into the wild. 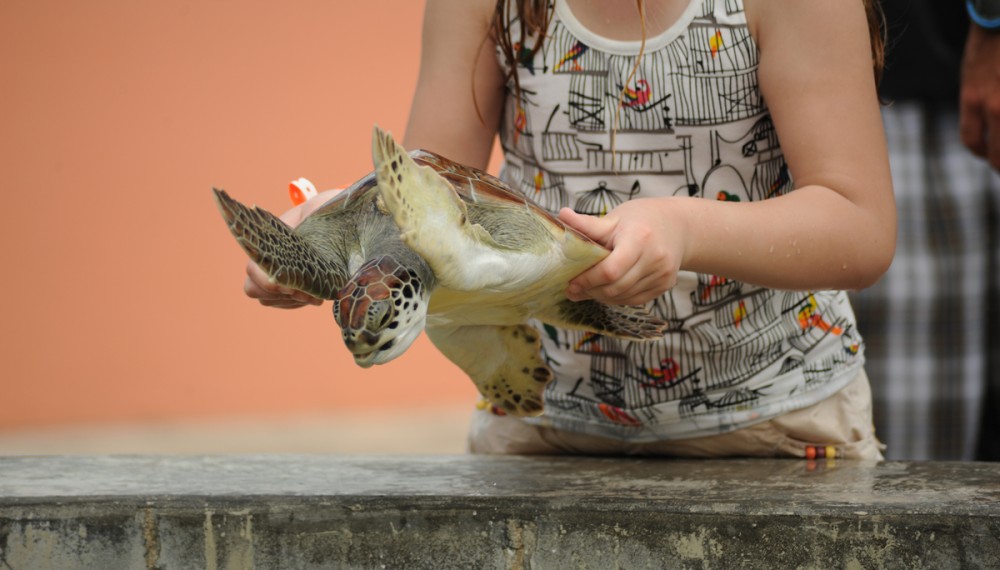 The world’s last remaining sea turtle farm that acts as a tourist attraction is in The Cayman Islands. Here, tourists can hold turtles and even eat them during their visit.

Suffering from stress and disease, sea turtles live a tortured life at the Cayman Turtle Centre. They often panic when they are handled and it has been known for tourists to drop them, causing significant injuries which can kill turtles.

Learn about our work to stop sea turtle farming. 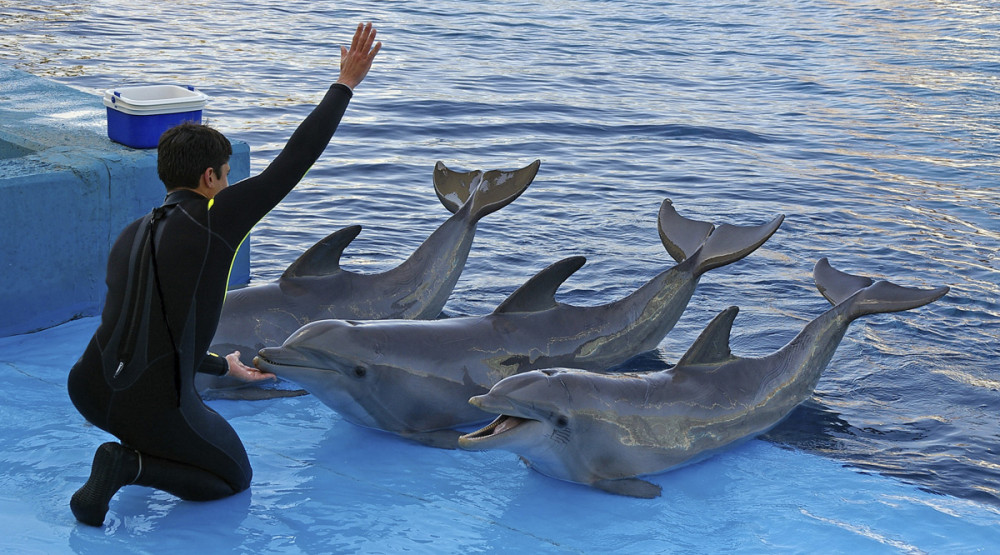 Millions of tourists visit dolphinaria, but they are unaware of the cruelty and abuses the dolphins endure to perform in shows.

Whilst it is banned in countries like the US, many performing dolphins around the world are still captured in the wild. They are often chased by high-speed boats before being hauled on board or caught in nets. For many, the stress is too much to take and they die during transportation to their intended destinations.

Whether wild caught or captive bred, dolphins in dolphinaria face a lifetime of suffering. They spend their entire lives in a space not much bigger than a swimming pool – completely unnatural and restrictive compared to their natural open sea environment.

Read about our research on the problem of keeping marine animals in captivity. 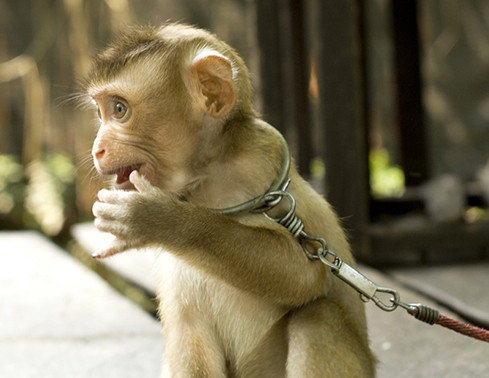 These are only five of the ten world’s cruellest attractions that we revealed in our 'Checking out of cruelty report'. Up to 550,000 wild animals are currently enduring lifetimes of suffering at tourist entertainment venues globally. Monkeys are forced to dance, civets are caged and force-fed to make high-end kopi luwak coffee, and intensive crocodile farms are drawing crowds of holiday makers.

Stand up for wildlife

By working together, we can help end the suffering of wild animals in the name of tourist entertainment for good.