Why do we emotionally disconnect from chickens? | World Animal Protection Skip to main content
Français

Chickens are emotional beings that can feel empathy. Gemma Carder our Sentience Manager explains why do so many humans experience emotional disconnection from chickens, and have such complex attitudes towards them.

Billions of chickens are raised for their meat each year, often in inhumane conditions. It is fact that chickens can suffer and therefore we know they should be treated humanely.

The relationship we have with animals is complex, and a number of factors influence the attitudes we form about them and their treatment. How animals are labelled affects our attitudes towards them. For example, animals labelled as ‘pets’ are usually given greater moral consideration than those labelled as ‘food’ animals.

In light of this, when we classify chickens and other farm animals as ‘food’ or ‘production’ animals, we immediately put constraints on the way we view them, especially cognitively (Serpell, 2004).

Research has found that when people were asked to rate an animal’s intelligence and 'lovable-ness', they found that non-mammals eaten by people (in this case turkeys, chicken, trout and lobster) received the lowest ratings of the two factors, compared to mammals such as pigs and sheep, which are commonly eaten.

These results show people devalue ‘food animals’ particularly when they are of non-mammalian species (Driscoll, 1995).

Many consumers avoid a cognitive, or emotional connection with animals involved in the farming industry (Schroder et al., 2004). It may be easier for some to think of chickens as ‘unintelligent’ or ‘incapable of feeling’ to help overcome the moral dilemma sometimes associated with bad animal welfare in the farming industry. This cognitive dissonance happens in all of us to some degree or another, and of course not just in relation to food.

They can. For example, in one study, students’ attitudes were assessed before and after they spent time training chickens. Results found that once they had spent time with chickens, they rated their intelligence and ability to experience emotions higher than before they spent time with them (Hazel et al., 2011).

Billions of chickens are raised for their meat each year, often in inhumane conditions. It is fact that chickens can suffer and therefore we know they should be treated humanely. 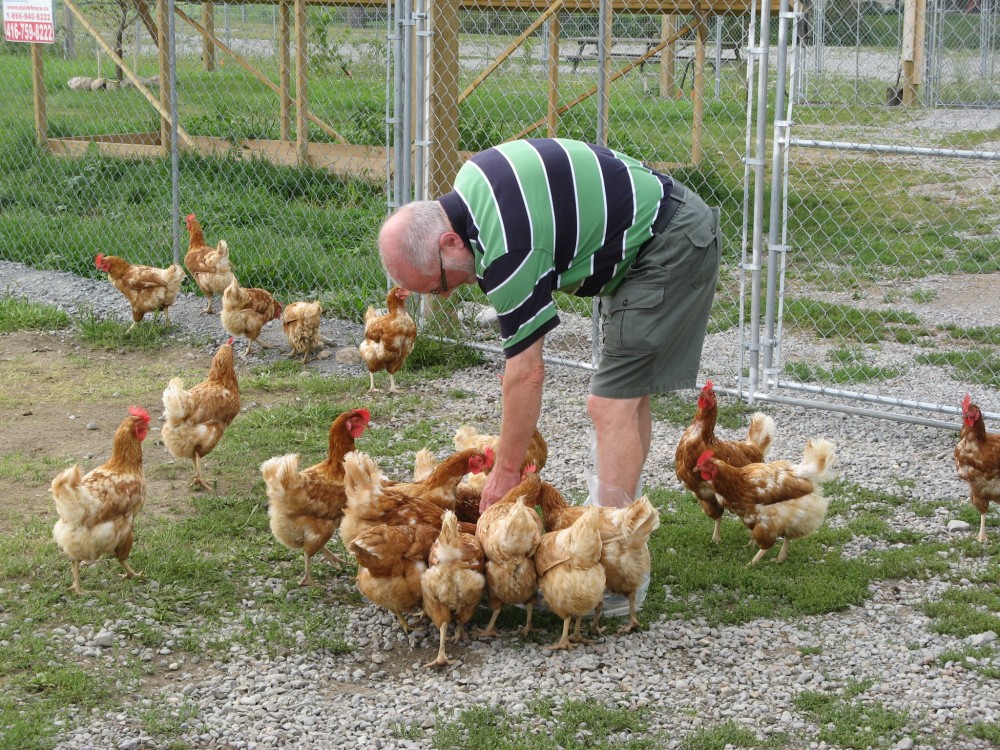 Chickens being fed at Sweda Farm, a high welfare farm in Canada

Related: Suffering in numbers - the plight of chickens farmed for meat

When buying meat, it is important to do your research and find out if the chicken you’re purchasing is high welfare. If it isn’t, do your best to make the change.

If you’d like to take action to create better lives for chickens, keep an eye out for our upcoming Change for chickens campaign.

Learn more about our work to protect animals in farming. 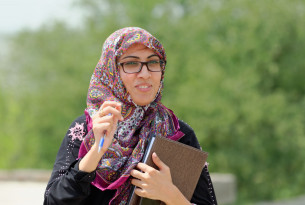 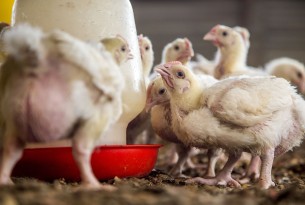 In the last few days, the internet has abounded with claims the secret blend of 11 herbs and spices behind KFC's fried chicken empire had been inadvertently...