"There is no excuse to continue to support this industry, especially when there are humane alternatives readily available,” Gilbert Sape, head of campaign for bears and traditional medicine

South Korea has taken landmark steps forward in ending its bear bile industry, with the completion of a government-funded program to sterilize all captive bears used for bile.

The sterilization program follows 14 years of campaigning efforts in collaboration with our local partner Green Korea United (GKU), and in consultation with the South Korean Government and bear owners.

The program will prevent any new bears from entering the industry, with the bears in the industry today the last to suffer for their bile.

Many South Koreans have supported our lobbying for better protection for bears.

A landmark agreement was signed between the Government of South Korea and the Bear Farmers Association of South Korea in 2014, offering a voluntary exit plan for bears farmers. The recently completed sterilization program is actively encouraging bear farmers to stop the breeding of new bears for the industry.

‘A significant victory for wildlife’

Gilbert Sape, our head of campaign for bears and traditional medicine, said: “This is a significant victory for wildlife. It sends out a clear message that it is unacceptable for governments to continue to support industries that profit from the suffering and exploitation of animals. South Korea’s example lays down the gauntlet to other countries in Asia, and particularly to China. There is no excuse to continue to support this industry, especially when there are humane alternatives readily available.”

A clear pathway for others

In Asia, more than 20,000 bears are forced to suffer in captivity for their gallbladders and bile, which is used in a variety of products, but primarily for the traditional medicine market. China is by far the largest producer and consumer of bear bile.

Our new white paper, Ending bear bile farming in South Korea, created in partnership with GKU, sets out a clear pathway for other governments to end the bear bile industry.

In South Korea, the completion of the sterilisation program marks the beginning of the end of the industry.

MP Jeong-Mi Lee of the Justice Party of South Korea said: "The completion of the sterilization program for farmed bears is a crucial milestone to reinforce animal welfare in South Korea. It will become a catalyst to effectively resolve other animal issues.”

Jeseon Bae, director of the Ecosystem Conservation Team, of Green Korea United, added: “We must ensure the outcomes of the sterilization program progress are monitored and enforced, and the outcome of no new bears entering the industry is strictly adhered to.”

Next, read about our work to end the entire bear bile industry in Asia

We are committed to ending the needless suffering of bears, and have been working to protect bears for over twenty years; bringing an end to some of the worst cases of their exploitation globally.

We will continue to lobby for change until bears are no longer forced to suffer in captivity for their bile, but remain in the wild, where they belong. 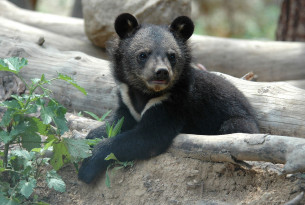 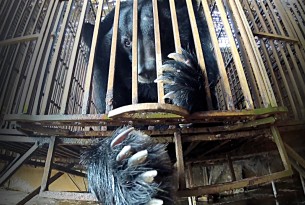 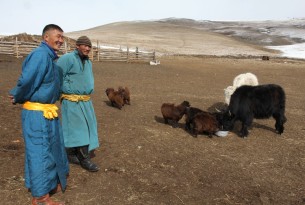 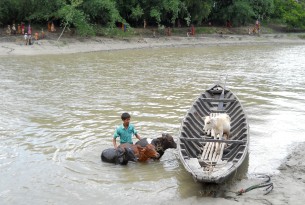 Minister acknowledges that animals play a critical role in sustainable agriculture and reducing the impact of disasters, but we know more can be done