People of China ready to turn against bear bile

Overwhelming support within China to end the bear bile industry

“These results confirm what we have known for many years -- the bear bile industry has no place in modern China,” — Emily Reeves, Director of Programs, Asia Pacific, World Animal Protection.

The exploitation of captive bears for their bile is one of the worst examples of animal cruelty in the world today. The bile is used in traditional medicine.

There is no humane way to extract bile from a live bear, as the process uses cruel and painful procedures. Extractions are often performed by people with no veterinary qualifications and little concern for animal protection.

Captive bears suffer in filthy and cramped conditions, often in cages no bigger than phone booths. The bears will inevitably suffer severe pain and psychological distress throughout their lives in captivity.

“China’s bear bile industry is by far the largest in Asia, but it was only created in the 1980s. It has no part in China’s traditions, and should have no part in China’s future,” said Emily Reeves, Director of Programs, Asia Pacific, at World Animal Protection.

Next, read about our work to end the bear bile industry in South Korea

New research by World Animal Protection, and AITA Foundation for Animal Protection Beijing, reveals that the sentiment in China towards the bear bile industry is changing for the better. Over 97% of people surveyed believe that bear bile extraction is very cruel.

Better still, over 90% of people surveyed would be willing to be involved in better protecting bears, and over 90% of respondents who had previously purchased or used bear bile stated they would no longer do so in the future, with less than 3% believing that the product is irreplaceable.

The results highlight a downward trend in bear bile consumption and growing support for the use of readily available, and humane, herbal and synthetic alternatives.

“These results confirm what we have known for many years -- the bear bile industry has no place in modern China,” Reeves continued.

“The industry fuels demand for bear products and poses a serious threat to bears in the wild.  Such inherent cruelty, and obvious conservation threats, are all the more unacceptable given that humane alternatives to bear bile exist.”

“The evidence is clear, and it’s no longer a case of if the industry will end, but when. The Government of China has already taken important steps forward to review the bear bile industry. Now, it’s time to start planning its phase-out for good.”

Read about our partnership with the Development Research Center (DRC), one of the China Central Government’s leading research institutes.

We are committed to ending the needless suffering of bears, and have been working to protect bears for over twenty years, bringing an end to some of the worst cases of exploitation across the world.

In South Korea and Vietnam, significant progress has already been made towards the end of the bear bile industry. More than 90% of the captive bear population in South Korea has been sterilized, while numbers of captive bears in Vietnam continue to decline.

Our vision is for China to follow suit, and create real and lasting change for bears, to help keep them in the wild where they belong.

Find out more information about ending the bear bile industry. 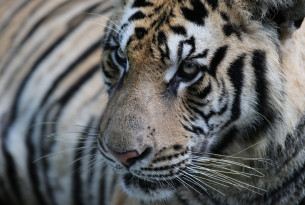 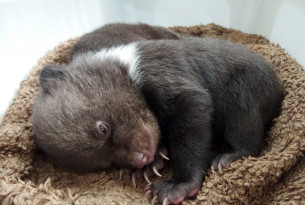 Our partner in Romania, Asociatia Milioane de Prieteni (AMP), rescues bears who have been held captive in tiny roadside cages or substandard zoos, then re-...

We support Thailand’s Department of National Parks, Wildlife and Plant Conservation (DNP) in their bid to confiscate the captive tigers and move them to the...