Snakes on the loose: a new trend in the making? | World Animal Protection Skip to main content
Français

As part of my work I also speak with animal shelters and municipal animal service agencies across Canada and they confirm that there is much more going on than what makes it into the news.

By Michèle Hamers, our Wildlife. Not Pets campaign manager.

According to the Canadian Encyclopedia, there are 26 different species of snakes in this country, and most of them live in Southern Canada. Since this is also the area most populated by us humans, it shouldn’t be surprising to hear that snake encounters are not uncommon. However, there is a growing number of reports from people who are finding exotic snakes not native to Canada. A quick internet search reveals that this summer, eight non-native snakes (mostly Ball pythons) have been found in playgrounds, sheds, and on the streets in towns and cities across Canada. During the same time period in 2019, four snakes were reported in the news, and in 2018 there were only three.

The actual number of snake escapes is likely higher. I know this because I hear about it and see it everywhere. It’s not unusual to hear employees at pet stores tell me about snakes that have escaped from their store. As I scroll through my Facebook feed, I see pictures of snakes, people have come across and are trying to identify.

As part of my work I also speak with animal shelters and municipal animal service agencies across Canada and they confirm that there is much more going on than what makes it into the news.

Snake escape stories are not cute

When I see news stories about snakes that have escaped or been released, they often miss the most important points. They create a misconception that this is not something to worry about, describing the snake as “docile” and “harmless”. In many cases it is true that most people aren’t at risk from being attacked by these escaped snakes, but they ignore the bigger picture. Here are a few things to consider that often do not make it into news stories:

2020 Snake stories in the media

What to do if you already own an exotic pet

If you already own an exotic animal, and haven’t already, you should seek expert advice from a veterinarian that specializes in their care to ensure you’re meeting as many of its welfare needs as possible. We encourage you to continue to give your pet the best life possible, for as long as you can. What you should never do, is release an exotic animal into the wild. Most animals are not equipped to survive alone in a new environment, and the ones that are able to survive pose a threat to our local environment and native wildlife through competing for resources and/or introducing novel diseases. To help keep wild animals in the wild where they belong, we ask you to commit to not purchasing another exotic pet in the future or breeding the one you own.

What you can do to help

The wildlife trade, including the one in Canada, makes it possible for animals to be poached, farmed and shipped around the world – for pets, food, traditional medicine, luxury goods and entertainment. Curbing the wildlife trade is one of the most effective strategies to protect animals and people. Be part of our growing movement: sign the petition and join World Animal Protection's global campaign calling on Canada and other G20 countries to ban the global wildlife trade. 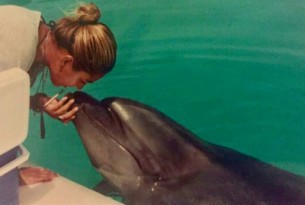 I met Makaiko the dolphin while working as a marine mammal trainer at an attraction in Mexico in 2001, 19 years ago. This is the story of his life performing... 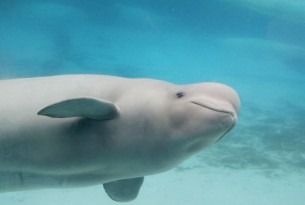 Under Bill S-203, cetaceans (whales, dolphins and porpoises) can only be imported and exported with a permit approved by the Minister of Fisheries and Oceans...