While many owners of wild animals are well-intentioned, others are less so. Shelters and vets from across Canada have told us that many people surrender their exotic pets due to a lack of interest in providing proper care for them.

The keeping of animals as pets is centuries old. Pets like dogs, cats and rabbits give us companionship, reduce our stress levels and provide undevoted love. But there is a worrying trend in pet preferences in Canada and across the world. People’s desire to own non-traditional ‘pets’ has resulted in a growing demand for wild animals – also known as exotic pets, from parrots to pythons to native species like tortoises. In fact, an enormous 1.4 million wild animals are kept as pets in Canada. 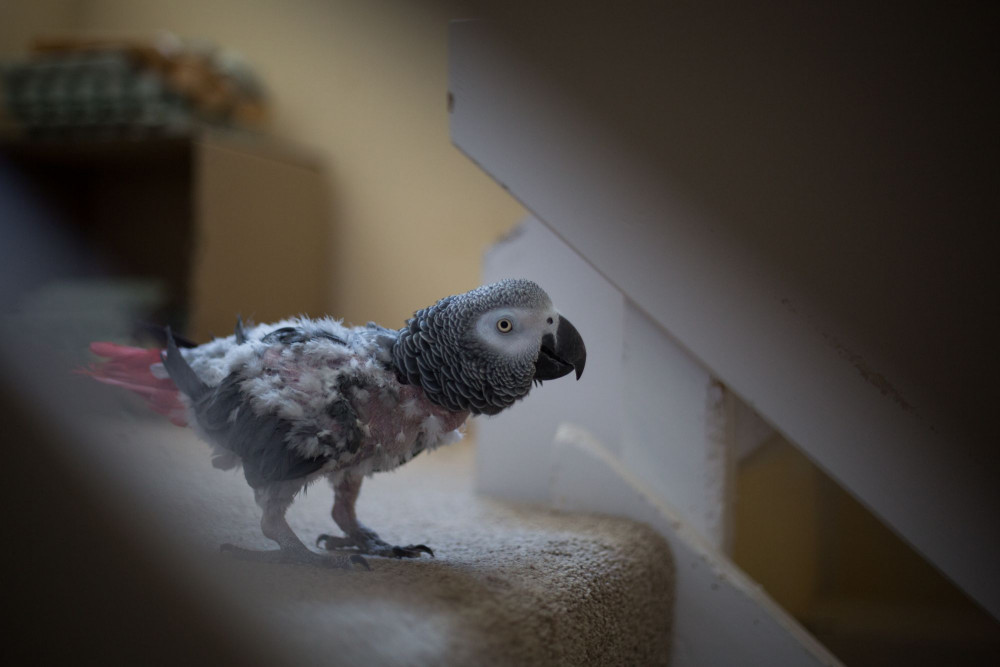 There are many problems with keeping wild animals in a home environment and sadly the initial attraction of these animals often wears off. Replicating a wild animal’s natural environment in a home is difficult, expensive and requires specialized knowledge. Wild animals suffer in captivity. Parrots for example are highly sociable so when they are alone in a cage, they can suffer from isolation and boredom often resorting to feather plucking, self-mutilation and constant screaming. Reptiles, which are often promoted as easy to keep, require very specific environmental conditions and diets. Factors such as the amount of space, heat, light, hygiene and nutrition all need to be taken into consideration.

But the pet industry provides very little information about the unique needs, complex behaviors and the high level of care required to look after these animals. It’s therefore not surprising that people are buying exotic animals on a whim - our data shows that 43% of exotic pet owners buy their animals on impulse.

What you can do: Call on provincial governments to improve their wild animal ownership laws

The fate of unwanted animals

While many owners of wild animals are well-intentioned, other are less so. Shelters and vets from across Canada have told us that many people surrender their snakes, birds, or turtles due to a lack of interest in providing proper care for them. The result is that these animals suffer and die painful deaths due to negligence and inadequate care.

The stories below present just some of the many tragic cases that occur with unwanted exotic animals.

Warning: the below content contains images that may be disturbing to some audiences. 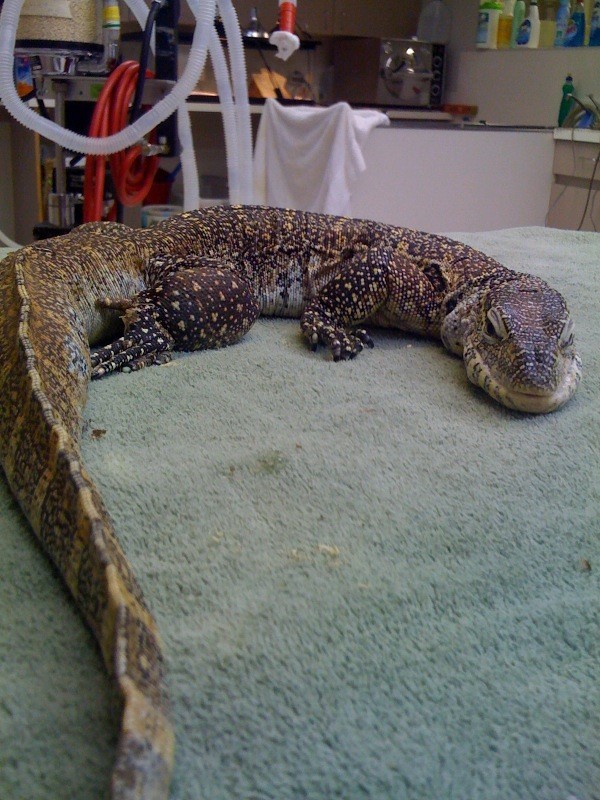 This Nile monitor was surrendered by its owner in B.C. The animal was in terrible condition, it had severe metabolic bone disease due to poor care and inadequate feed. It was sent to Dewdney Animal Hospital where the vets there spent 8 weeks trying to recover the Nile monitor. However, the condition of the animal was so poor that it had to be euthanized to relieve its suffering. 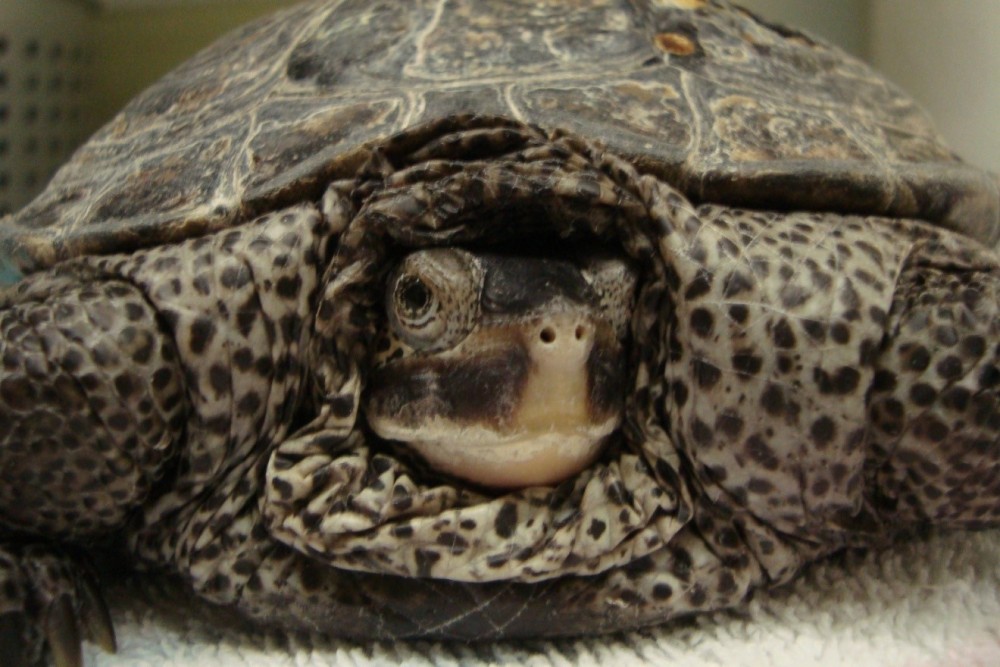 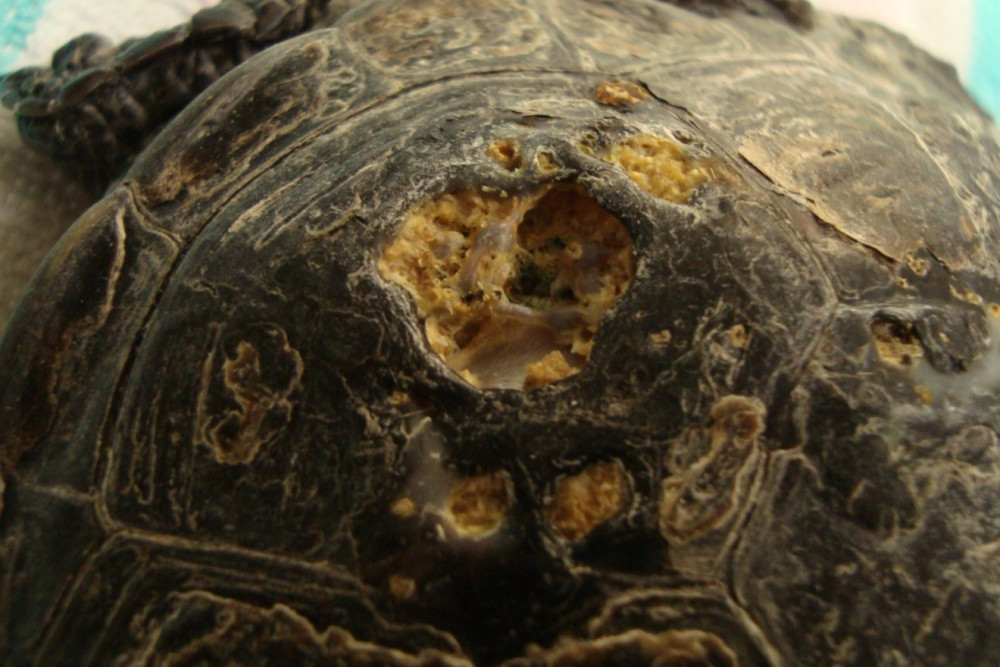 This pet turtle was surrendered to the Montreal SPCA in 2014. The turtle was found to be inadequately cared for over a period of years. It was extremely weak and had large ulcers all over her shell – including one so deep that the animal’s lung was visible through it. Due to her severe and painful medical conditions, the turtle unfortunately had to be euthanized. 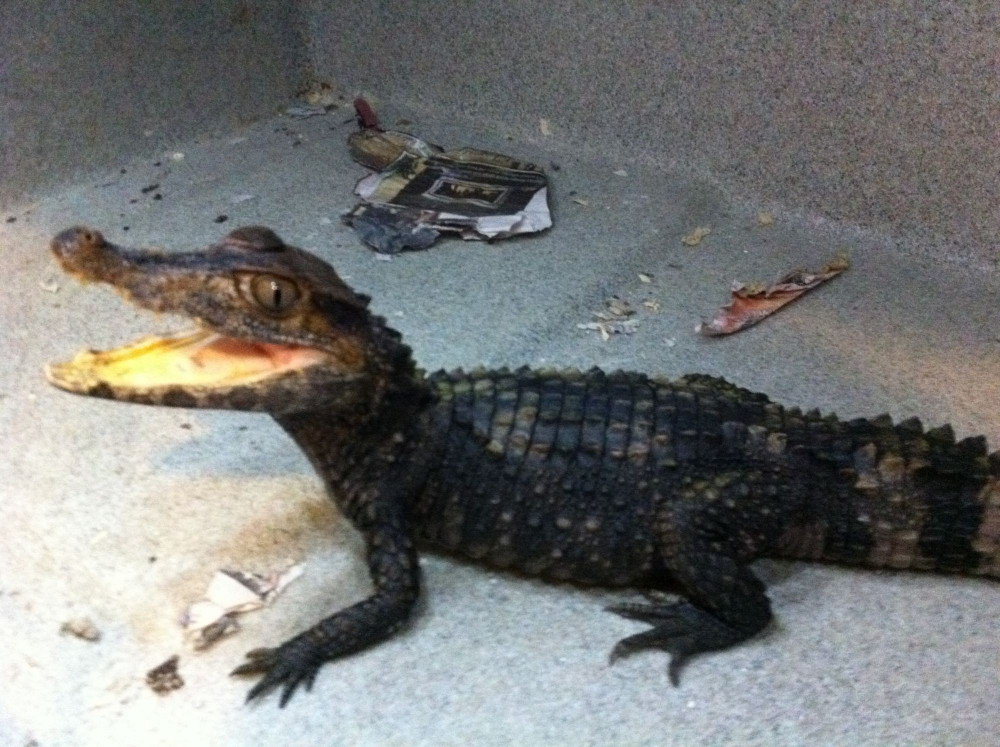 This caiman was seized by authorities when its owner tried to sell it on Kijiji in B.C. It was taken to Dewdney Animal Hospital where the animal refused to eat for two weeks. The vets took an x-ray and found a shower hook lodged in the caiman’s intestines. The owner refused to give permission for the operation and the animal later died two days later. It is likely the caiman was so poorly cared for that it succumbed to eating any objects it could find.

A burden on shelters

The sheer number of exotic wild animals given up, seized due to neglect or found as strays places an unsustainable burden on animal shelters and rescue groups in Canada.

In 2019, World Animal Protection and Humane Canada surveyed shelters across Canada to understand the impact of exotic animal ownership. The data clearly highlights that shelters are being inundated with exotic animals and are unable to meet the demand for their services. In the past year, for example, the British Columbia SPCA call center received approximately 700 calls in relation to exotic animals.

While shelters do their best to rehome exotic animals, they report that it takes them significantly longer to find suitable placements for wild animals compared to domesticated cats and dogs. Many of these exotic animals are therefore euthanized due to a lack of other options.

Exotic animals are animals that come from the wild. They do not thrive in a home environment where they are unable to display their natural behaviors. Weak laws in Canada enable this trade to exist.

We need to let our political leaders know that laws in Canada need to change to protect wild animals. You can do this by visiting our new campaign page. See how your province's laws rank and send an email to ask the Minister responsible for protecting wildlife to take action on this issue. 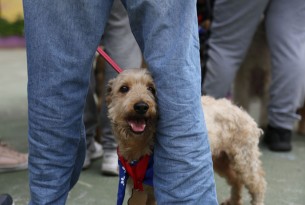 Revealed: the African wild animals suffering most in the global wildlife trade 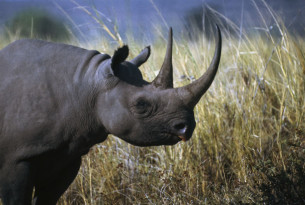 International demand for Africa’s iconic wildlife is causing hundreds of thousands of animals immense suffering and putting their survival in jeopardy. Our... 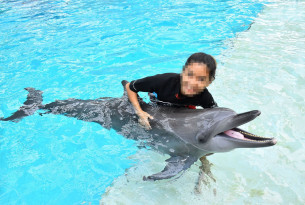