Despite some company improvements, farm animals are still suffering at the hands of global food brands. We urge all retailers to be inspired by new farm animal welfare report, and do better for animals

"Our aim with this report was always to encourage better disclosure of companies’ standards — which will encourage others to act." - Our CEO Steve McIvor

McDonald’s has outperformed its global rivals in the sixth Business Benchmark on Farm Animal Welfare (BBFAW) report, which launched today (February 22). But the company must do more to become a true animal welfare leader, particularly for chickens farmed for their meat.

The biggest global measure of farm animal welfare, BBFAW ranks 110 food companies across 18 countries, and places them one of in six tiers: tier one being the best, and tier six the worst.

We launched the BBFAW ranking in 2012, along with fellow animal welfare organisation Compassion in World Farming. Investment company Coller Capital joined the partnership in 2014.

Here’s how some of the companies ranked:

McDonald’s has been placed in tier two this year. Throughout BBFAW’s six years, no fast-food company has ranked in tier one.

On the right track

McDonald’s has a universal animal health and welfare policy, and has made some important commitments to animal welfare. It has committed to sourcing eggs from cage-free hens in the UK, Europe and New Zealand, and sourcing higher welfare pork in the UK.

In the US, McDonald’s aims to phase out cages for pregnant pigs, and also move toward sourcing cage-free eggs in the US, Canada and Australia.

Much further to go

But despite the McDonald’s comparative achievement in the Benchmark, the fast-food chain still needs to make significant changes to improve the welfare of the millions of chickens served up in its restaurants.

Chickens on a commercial indoor farm.

McDonald’s has shown a lack of progress in stopping the use of fast-growing meat chickens.

These chickens are born to suffer.

They are genetically selected to grow so fast, their legs often buckle under their own body weight. And they can suffer from a range of severe leg, heart and lung problems, as well as other illnesses.

KFC ranks in tier five, and showed limited evidence that animal welfare is a key issue for its business. Fast-food favourites Subway and Burger King rank in tier four, sadly indicating that farm animal welfare is not a major concern for the companies.

UK-based pizza chain Domino’s Pizza Company has moved up three tiers from last year. It now sits in tier three, and has an established approach to farm animal welfare. It performed significantly better than its rival Pizza Hut, and global coffee chain, Starbucks, which both sit in tier five.

For Pizza Hut and Starbucks, farm animal welfare is on the business agenda but there is limited evidence of specific steps taken to improve the lives of animals.

A pig on a farm in Europe.

British and Swiss companies dominate tier one. Waitrose, Marks and Spencer, Co-op Group, Cranswick and Migros have all taken the lead on farm animal welfare.

However, surprisingly, mega-brands Mars Inc and Müller both rank at the bottom in tier six, providing limited evidence that they recognise the importance of farm animal welfare.

"Our aim with this report was always to encourage better disclosure of companies’ standards — which will encourage others to act.

"Global companies like Mars, Kraft Heinz and Starbucks are really trailing behind when it comes to farm animal welfare. We hope to see them and others working hard to improve standards for farm animals, and rise up the ranks in future years." 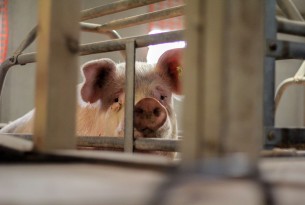 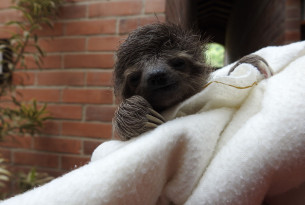 To help keep rescued sloths safe, we've funded the construction of four enclosures in Colombia that will serve as habitats for rehabilitating sloths. 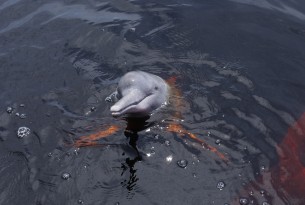