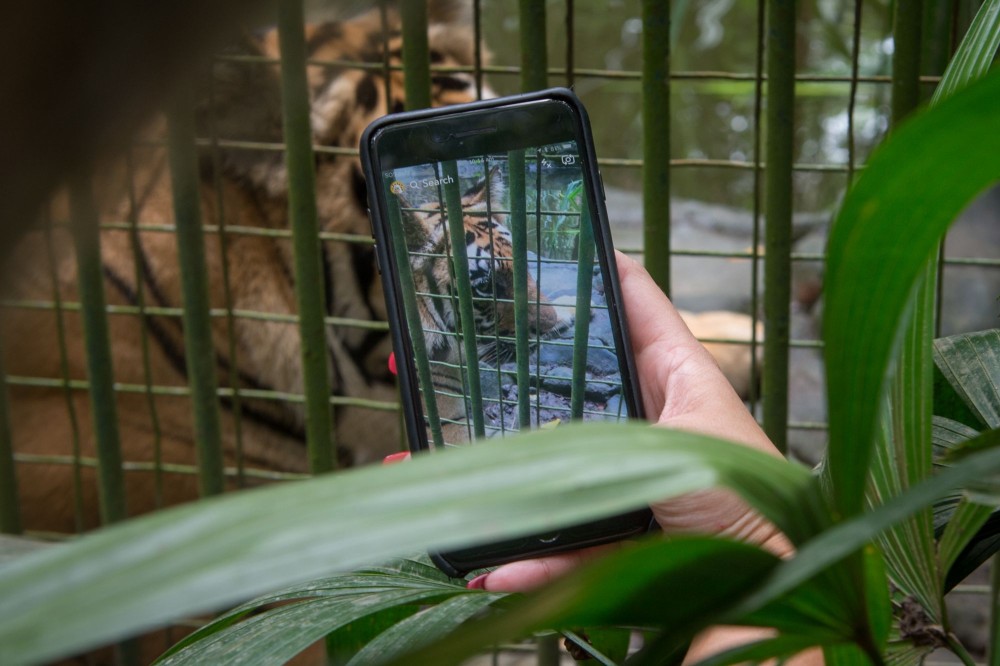 Whether it’s elephant rides, tiger shows, or dolphin swims and shows, these activities cause lifelong suffering for wild animals. Up to 550,000 wild animals are currently enduring lifetimes of suffering at tourist entertainment venues globally. There’s no excuse. It’s abuse.

In November 2017, we investigated a total of 26 wildlife venues on Bali, and one on both Lombok and Gili Trawangan. The majority of these were venues used elephants, turtles, dolphins, orangutans, civets and a variety of other species for entertainment activities with visitors. We observed more than 1,500 animals being used within entertainment venues, both as exhibits and in circus style shows. 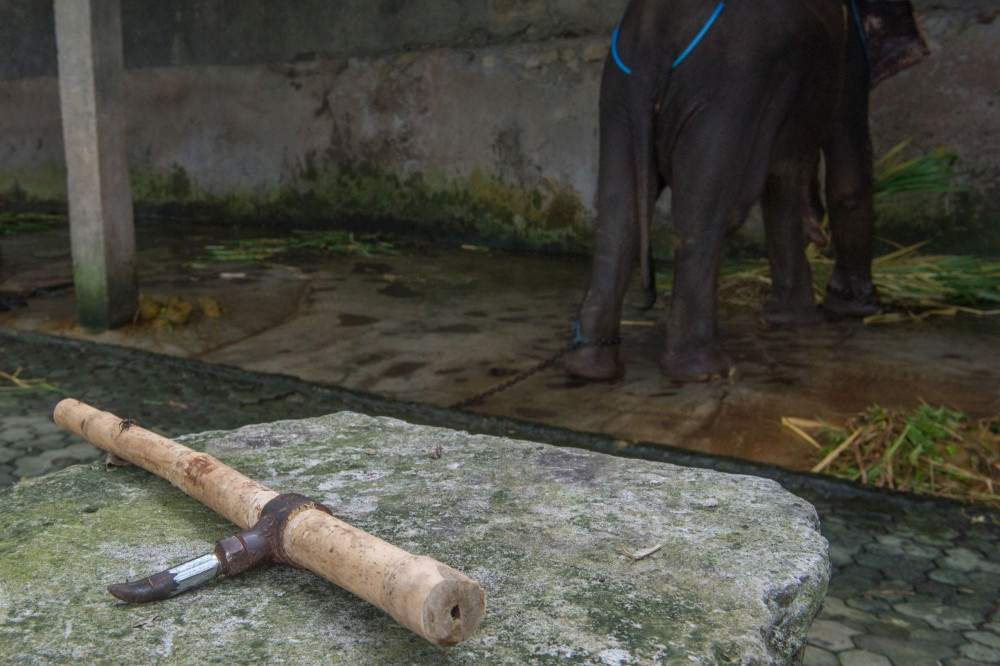 In Bali, unlike in other regions, as documented in our ‘Taken for a Ride’ report, there were no captive wild elephant venues that provided improved animal welfare standards by offering observation-based elephant experiences. All of the elephant venues surveyed offered elephant rides, which requires painful training to gain control over the elephants.

In order to make elephants submit to elephant rides and other human interactions, they are taken from their mothers when babies and forced through a horrific training process known as ‘the crush’. It involves extreme physical restraints, inflicting severe pain and withholding food and water. By the time tourists come to ride an elephant, it may look at peace, but this is because its spirit has been broken. The bullhook, used permanently, reminds the animal of human dominance.

The cruelty does not end after the crush. When not performing or used for rides most elephants are kept in chains, unable to socially interact with one another. This is hugely damaging to their physical and psychological wellbeing. 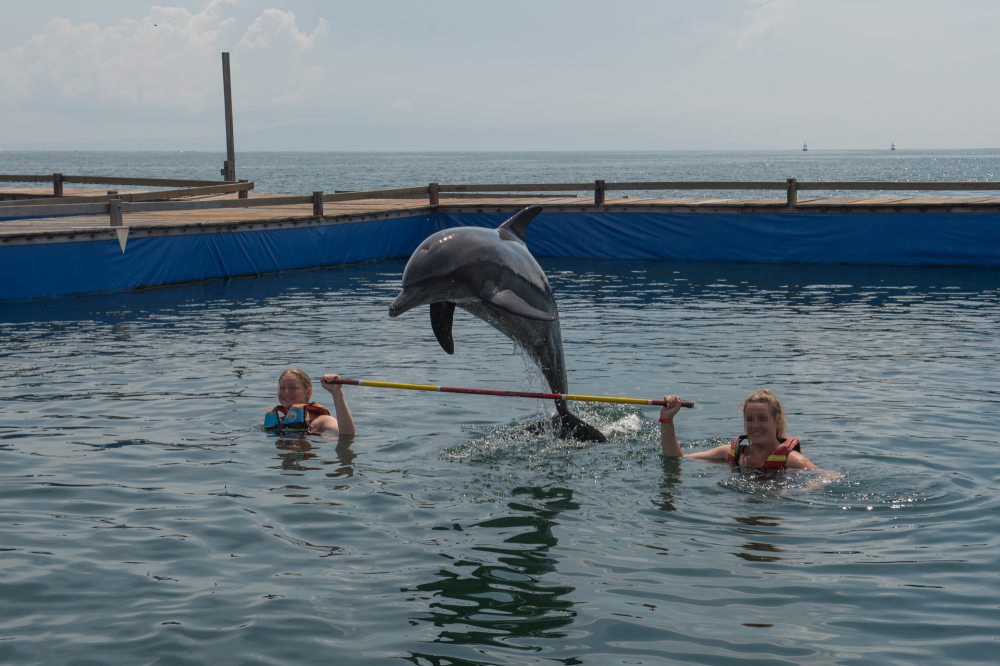 13 dolphins were observed within three venues on Bali, out of an estimated total of 18 dolphins. Dolphins were used within non-interactive shows at one venue, however, all dolphins at all venues were used intensively for swim-with-dolphin interactions and trick performances.

All of the captive dolphins observed are kept in severely inadequate conditions, including: insufficient pool size, chlorinated water, and poor design of the enclosures.

At one of the dolphin entertainment venues, dolphins have had their teeth filed down or removed entirely, to ensure that they are unable to inflict serious bites on swimmers. 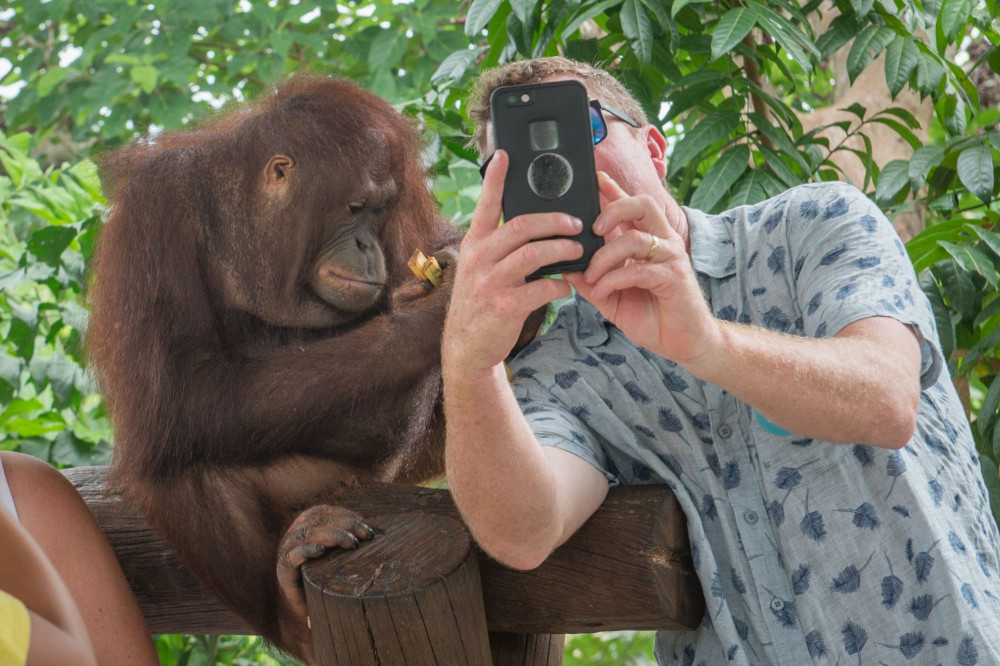 Young orangutans were observed in Bali, clinging to each other in the absence of their mother as they were shampooed by their keeper, in preparation for their day-long photo-prop shift.

Smelling fresh and wearing nappies to make sure the tourists don’t get soiled, the orangutans were prodded and poked into position, and roughly chastised when they didn’t behave as expected, all so tourists can take home a photo of their experience.

After their long shift, the orangutans were returned to their bleak concrete and metal cage for the night, before their work started again in the morning. 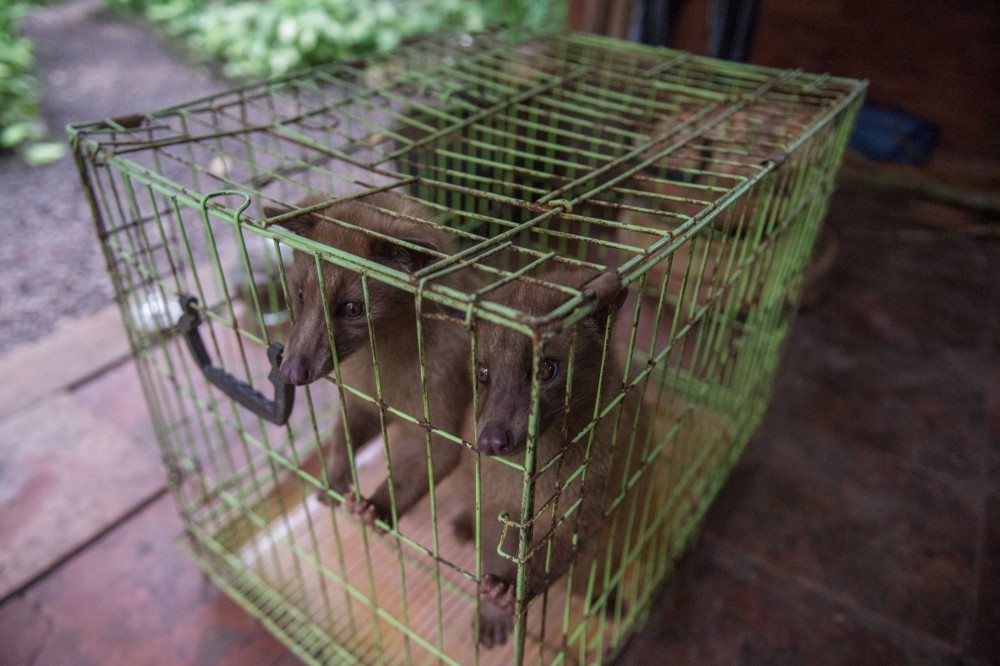 Civet ‘cats’ are being poached from the wild to supply the demand for the world’s most expensive coffee. Known in Indonesia as Kopi Luwak, civet coffee has become a luxury product, much sought after by coffee lovers, who are likely unaware of the cruelty involved in its production.

These gentle mammals are often injured during capture in traps and snares, and experience extreme stress when exposed to human handling. In captivity, they are force-fed and housed in cramped cages with little or no environmental enrichment; close to tourists during the daytime when these shy, nocturnal mammals would normally be sleeping. 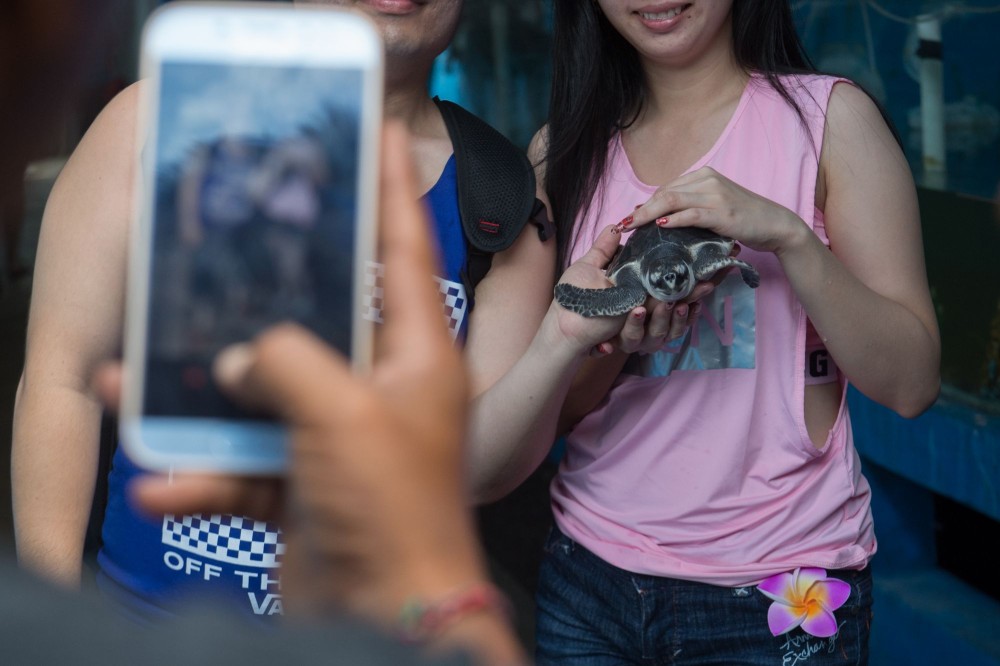 Sea turtles at tourism venues in Bali are often housed in small concrete/tiled pens or tanks, with little depth of water and no environmental enrichment. In some cases, hundreds of turtles are crowded into public facing areas, sometimes with the water drained out, so tourists can better see the turtles. Stranded on concrete and unable to move properly without water present, the turtles are powerless to avoid the noisy crowds of tourists who flock to see them.

The handling of captive sea turtles at wildlife attractions causes them stress. They often panic when they are handled and it has been known for tourists to drop them, causing significant injuries which can harm turtles. 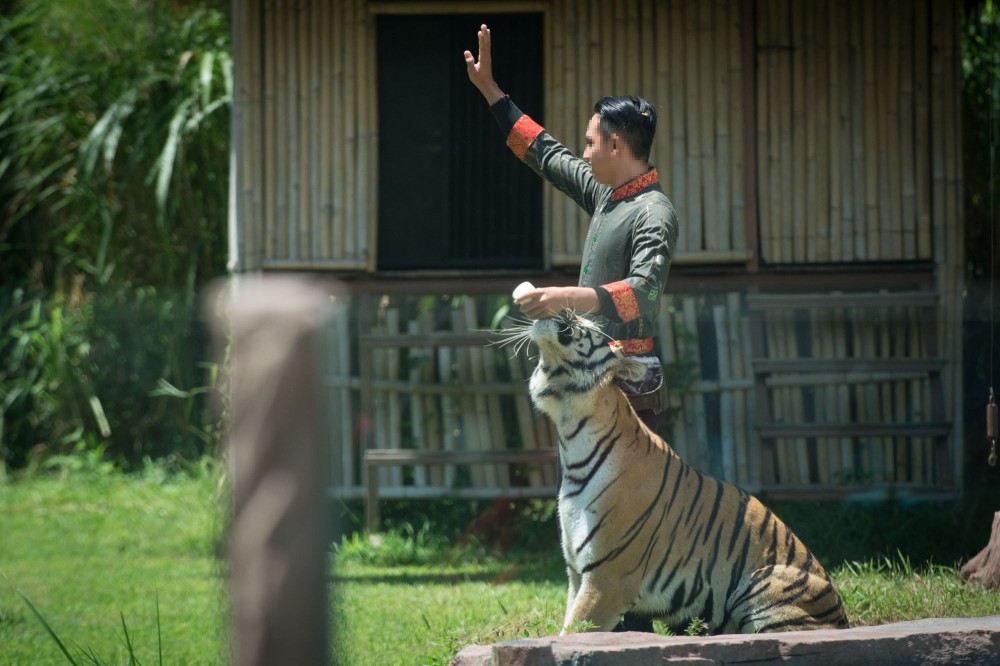 Present at several wildlife attractions in Bali, captive tiger numbers are increasing, causing intense suffering for these animals, while maintaining demand and financial incentives to poach and trade wild tigers.

In some venues, the tigers are forced to perform in daily shows, running, jumping and being made to swim to entertain large crowds of tourists, to the sound of blaring music and loudspeakers. 15 tigers were observed within two venues on Bali, out of an estimated total of 18 tigers. Tigers were used within shows at half of the venues.

All of the captive tigers were kept in severely inadequate conditions. Lack of space and unnatural surfaces, such as concrete, can cause stereotypic behaviour (e.g. pacing), as the animal’s ability to interact with natural substrates, such as dirt or grass, is removed.

These are some of the cruellest wildlife attractions, revealed in our ‘Wildlife abusement parks’ report.

Now find out what you can do to protect wildlife >