This pandemic won’t be the last unless we change our ways and end the cruel exploitation of animals.

Today (April 7) marks World Health Day, but our world is not in good health. We should join the WHO in celebrating the nurses and other health officials who are putting their lives on the line to save us all from this pandemic. But we do them a disservice if we don’t address the root problems.

Most new or emerging infectious diseases originate from wildlife

The COVID-19 outbreak is believed to have originated at wildlife markets in China and transmitted to humans. Research suggests that bats and pangolins may have been involved in the transmission of the virus to people, but it was the actions of people that created the environment in which this transmission was possible.

The unregulated and unhygienic conditions associated with wildlife markets, where close proximity between humans and animals, provide the perfect opportunity for pathogens to spread. This risk is intensified by the conditions in which animals are typically handled at every stage of their horrific journey to such markets; large numbers of animals of different species being held in crowded conditions in close proximity, causing immense stress and weakening their immune systems.

Such conditions, coupled with close proximity to people at wildlife markets, provide the ideal situation for pathogens to replicate, spread, and potentially infect people. 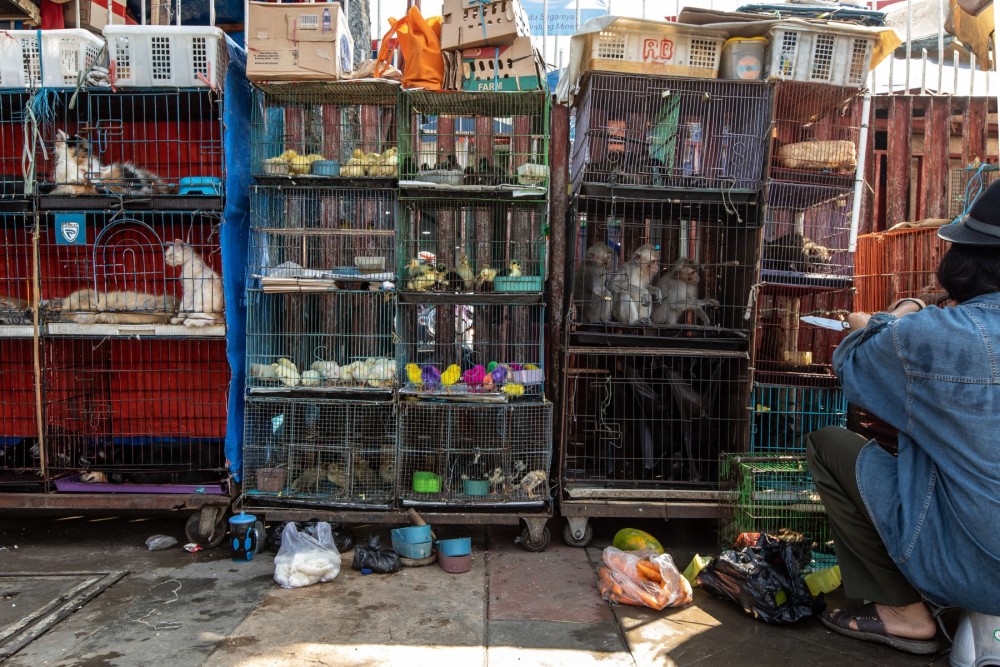 Pictured: A wet market in Jakarta, Indonesia where cats, ducks, chickens, bats, monkeys and other animals are kept in crowded cages in close proximity.

This is not the first time that infectious diseases have been linked to wild animals in recent years. Between 2002 and 2003, Severe Acute Respiratory Syndrome (SARS), inflicted by a coronavirus which is also believed to have emerged from wildlife markets in China, resulted in more than 8,000 human cases across 29 countries, and 774 deaths.

Failure to enforce permanent bans on all wildlife markets then allowed for a similar, but more severe, disease to emerge. Other significant zoonotic diseases, the transmission of which has been associated with wildlife, include Ebola, MERS, HIV, bovine tuberculosis, rabies, and leptospirosis.

Some of the animals believed to be sold at wet markets are commonly used as ingredients for Traditional Medicine. Pangolins, snakes, bears, tigers and lions are poached from the wild or farmed in intensive conditions for this purpose demonstrating the need for a more comprehensive ban on the wildlife trade. The risk of disease transmission is prevalent across all aspects of the wildlife trade.

Zoonotic diseases are responsible for over two billion cases of human illness and over two million human deaths each year. We must act now to protect life on our planet – humans and animals. This pandemic won’t be the last unless we change our ways and end the cruel exploitation of animals.

The WHO must urge governments to act

We are calling on the WHO to recommend that governments worldwide permanently ban live wildlife markets and the use of wildlife in traditional medicine.

We stand together with a coalition of NGOs, including Born Free, Blood Lions, Humane Society International and WildAid in urging WHO to use their influence to move governments to act to prevent future pandemics like COVID-19.

We strongly urge the WHO to:

This decisive action is well within the WHO’s mandate and is a critical first step. Governments around the world need to be urged to take a precautionary approach and do their part to curb the wildlife trade and prevent future pandemics. There’s no clearer example than the current COVID-19 crisis to demonstrate why this is so important to protecting the health and lives of people around the world. 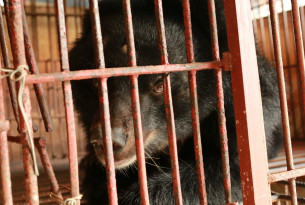 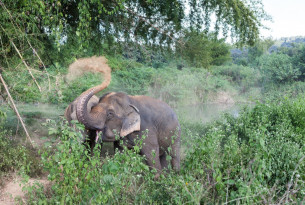