Use of antibiotics in farmed animals

Between 40 and 80 per cent of antibiotics used on farm animals are classified as unnecessary and/or highly questionable.

Antibiotics have played a significant role in modern medicine. They’ve been used to treat people and animals from bacterial caused diseases and infections.

However, the inappropriate use of antibiotics has led to bacterial resistance that’s causing illnesses to take longer to heal and in worst case scenarios, death.

Today, antibiotic resistance is one of the biggest threats to global health.

Three-quarters of all the antibiotics used in the world are used in farming. This means that the rate of antibiotic overuse is highest in the farming sector

Between 40 and 80 per cent of antibiotics used on farm animals are classified as unnecessary and/or highly questionable.

A study done in Kenya by the Global Antibiotic Resistance Partnership (GARP) reported that up to 70 per cent of the imported antibiotics are given to chickens, pigs and cows. It further showed that some farmers give antibiotics to their livestock to prevent them from getting sick.

This inappropriate use of antibiotics in farming is currently coming under greater international consumer scrutiny and has led to major fast-food restaurants banning products with antibiotic residues within their supply chain.

Read more in our report: 'Pork and the superbug crisis: How higher welfare farming is better for pigs and people'.

Low welfare practices like cages, barren housing, painful mutilations and taking babies from their mothers too early is associated with overuse of antibiotics on farms around the world.

When animals are housed in confined, overcrowded and barren conditions with fast growth genetics, this leads to high stress that compromises immunity and health, encouraging the development and spread of disease.

This year, we are running a campaign to build a movement of people like you to join us to end animal cruelty such this. Add your voice here and be part of the change

Responsible use of antibiotics

Responsible use of antibiotics means that animals should only be treated when sick.

Self-medication of animals on the advice from other farmers, or by calling or visiting agrovet shops without the animal being physically examined to diagnose the actual problem, should be strongly discouraged.

Treatment should only be instituted after clinical examination of the affected animal(s) by a competent and licensed veterinary practitioner. During treatment ensure that the animal gets the full recommended dose and that the withdrawal period is adhered to. The withdrawal period is when the products (milk, eggs and meat) from the animal on antibiotic treatment are not consumed. Failure to observe these results to detectable high levels of antibiotic residues in the meat, milk and eggs which end up in the human food chain.

By eliminating the worst methods and practices of animal production such as the use of cages, crowded or barren conditions, poorly ventilated production farms with wet beddings and inadequate feeding systems, animals shall be less stressed hence less likely to suffer illness, leading to less dependency on antibiotics.

Mother pigs in individual cages are unable to move, turn around or socialize during their pregnancy.

World Animal Protection believes that responsible use of antibiotics in farm animals is essential in tackling the growing resistance. By putting proper policies higher welfare farms will be promoted.

Such systems should include good housing conditions, health care and natural animal behaviour. They should also provide for improved management, hygiene, sanitation and use of preventive methods such as vaccination.

Antibiotics should never be used as growth promoters, or on routine basis to enable animals to be kept in poor welfare conditions.

We are also concerned about the generally poor level of regulation of antibiotics in animal production and veterinary use. The veterinary profession must play a key role in ensuring that antibiotics are used responsibly and following laid down international guidelines to safeguard animal health and welfare.

We urge governments, the animal production industry players and different sectors of society, especially farmers and veterinarians, to ensure that the health and welfare of the animals is adequately catered for. This will result in improved production, product quality and food safety, which will lead to better food security and livelihoods.

You can help pigs and other farm animals live a better life by making informed decisions at the grocery store. Get your humane shopping guide to learn how: 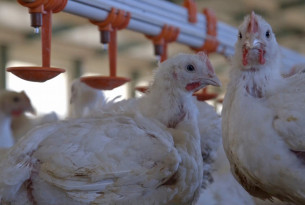 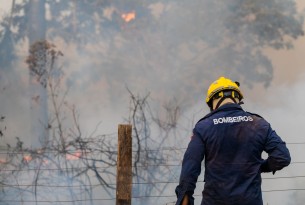 This fall, our disaster response team headed to the Amazon in Brazil to protect animals from the dangerous forest fires

Antibiotic resistance is one of the biggest threats to global health today. It poses a major challenge to both humans and animals.