Most of Brazil’s wildfires are being set intentionally, often illegally by those intending to grab the recently-cleared land for cattle or crops. This is yet another way that factory farming is destroying the world.

By Hannah Goldstein, Social Media Manager in our US office.

Wildfires are raging now across two of Brazil’s most biodiverse regions, set deliberately to clear the land. In the biodiversity hotspots of Pantanal and Cerrado, wild animals are suffering and dying in vast numbers. They are being burned alive, as their food supply and habitat is destroyed. Why are these wildfires being set and what can we do? Here’s what you need to know.

Most of Brazil’s wildfires are being set intentionally, often illegally by those intending to grab the recently-cleared land for cattle or crops. This is yet another way that factory farming is destroying the world. More than 1,000 large fires have burned across the rainforest since January, including one the size of Connecticut and New Jersey in Cerrado. President Jair Bolsonaro has made a show of banning unauthorized outdoor fires and deploying troops to the Amazon, but many experts say that’s not enough, as evidenced by the degree to which these fires are still decimating the forests. These manmade fires are interacting with the effects of climate change, which have left much of Brazil in a drought, making the land that much more susceptible to out-of-control burns.

These fires are killing and threatening precious habitats and species, including many endangered animals who call the region home. What’s more, the fires are infringing on indigenous territory, harming these communities and the resources they need to survive. Some of the people who are starting the fires are also intentionally harming or killing indigenous defenders of the forest. This is both an animal and human welfare issue, as well as a climate issue.

Our Emergency Response Program helps animals in dire peril who are suffering now as a result of the expansion of factory farming. Our immediate priorities are to assist groups on the ground in these emergency zones to meet animals’ survival needs, treat their injuries, move them out of harm’s way and take them to a rescue center if further care is needed. When animals have recovered enough to return to the wild, we help with their rehabilitation and release. Additionally, it is important to focus on the long-term goal of ending these fires altogether by moving governments and businesses to stop the expansion of factory farming and fighting for new legal protection of existing habitats, so that no new land can be made available for the cultivation of animal feed.

We need your help today to rescue animals now and restore balance to our world by stopping the expansion of factory farming that is driving this terrible loss. By giving generously today, you won’t just help save Brazil’s magnificent wild animals from annihilation now, you will also help us achieve the goal we all share: to end needless animal suffering by changing the way our world works. Forever. 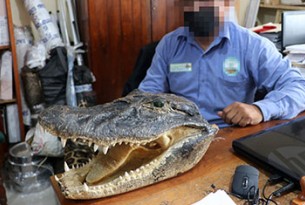 50,000 people tell PetSmart to stand up for wildlife 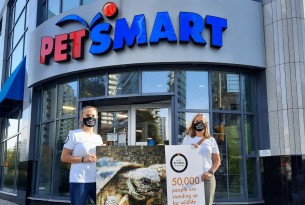 We won’t let PetSmart continue to ignore evidence of its role in the wildlife trade.