We put animal welfare on the agenda at COP 15

Representatives from World Animal Protection attended COP 15 in Montreal this month and put animal welfare on the agenda at the world’s most important conference to protect nature.

You may have heard of COP 27 – the big United Nations (UN) Climate Change Conference. Well COP 15 is the big UN Biodiversity Conference and just as important! It stands for the 15th Conference of the Parties (COP) to the United Nations Convention on Biological Diversity.

Our team joined nearly 20,000 delegates from more than 190 countries to discuss the biodiversity crisis and how to tackle it. We watched as negotiators debated the language in 23 draft global targets to protect nature under a new agreement called the “Kunming-Montreal Global Biodiversity Framework”. This framework is essentially a 10-year roadmap to halt and reverse biodiversity loss globally and all signatory countries are expected to meet the global targets and demonstrate their progress.

What did we do there?

We were honoured to have representatives invited to join Canada’s delegation at the conference, allowing us the opportunity to provide input on Canada’s position. We also had a member join as an observer allowing us to advocate from the outside. As an official observer, we could formally submit our organization’s position and recommendations for all countries to see.

We also met with several country delegations urging them to recognize the importance of protecting animal welfare to safeguard biodiversity and public health. We urged them to support stronger targets to help put an end to the commercial wildlife trade which is driving species extinction, biodiversity loss, animal cruelty, and pandemic risk.

While including animal welfare in the global biodiversity framework is a no-brainer to all of us, it was a new concept to some delegates. We informed delegates that some of the top drivers of biodiversity loss and pandemic risk- industrial livestock production and the commercial wildlife trade – are industrial systems that rely on poor animal welfare. Therefore, improving animal welfare is an important solution to transform these systems and simultaneously advance protection for biodiversity and the health of people, animals, and the planet.

We were moved when we witnessed delegates reminding others, “Let’s not forget why we’re all wearing masks” and spoke out in favour of the need to restrict the wildlife trade to prevent disease risk, not just biodiversity loss. We cheered when other delegates argued that the focus needs to be on all wild animals, not just those on the brink of extinction, for then it is too late and clapped vigorously when negotiators stressed the need to address the legal wildlife trade which is not adequately regulated or sustainable and carries the same animal welfare and disease risks. Our message was getting through.

We were thrilled to be one of hundreds of applicants selected to hold an event at this important UN Conference. This may have been the first event focused on animal welfare at the Convention on Biodiversity.

We were also proud to demonstrate how our values at World Animal Protection strongly align with those held by Indigenous leaders and youth and amplify the voices of these traditionally underrepresented groups.

At around 3:30 am on December 19, China’s environment minister lowered the gavel to declare an agreement was reached to establish a new global framework after nearly two weeks of negotiations.

While the language of the final agreement was not as clear, strong and ambitious as we hoped, after seeing the starting text and how much each word was debated, it is a miracle there was an agreement and we are relieved the final text is much stronger. We urged negotiators to acknowledge the importance of a One Health approach and the role of the wildlife trade in driving pandemic risk and the final agreement does.

While much more is needed to protect biodiversity everywhere, the fact all nations agreed to protect a third of the world’s land, inland waters, and oceans in 8 years while acknowledging the important leadership role of Indigenous peoples and local communities to achieve this - is a historic milestone.

Our work continues in 2023 to ensure Canada meets its international obligations to the new biodiversity agreement and to demonstrate the importance of animal welfare to achieving the new global biodiversity targets.

We will also continue to urge Canada to pass the Jane Goodall Act (which ends the breeding, trade and use of more than 800 wild animal species for entertainment and exotic pets) and the Pandemic Prevention and Preparedness Act (which requires the Minister of Health to introduce measures to address the wildlife trade and other activities that drive pandemic risk). These two pieces of legislation will help Canada meet its international obligations and simultaneously protect biodiversity, animal welfare and public health.

Did you know? Canada was the first industrialized country to ratify the Convention on Biodiversity in December 1992 at the Rio Earth Summit in Brazil and hosts the Secretariat in Montreal. Canada announced in June that it would host COP 15 in Montreal while China remained the President of the meetings. The conference was originally scheduled to take place in Kunming, China in 2020 but was delayed several times due to COVID-19. 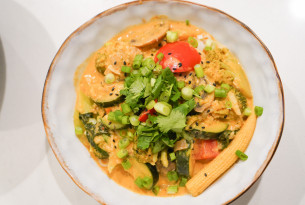 What are your 2023 New Year's resolutions for animals? 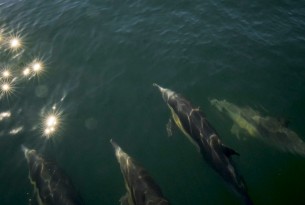 Happy New Year animal protectors! As we look to a new year ahead, let’s think about some ways in which we can help make a difference for animals!