We commend Panera Bread on their animal welfare progress

With expertise from World Animal Protection, Panera Bread is committed to improving animal welfare by sourcing eggs and beef from cage-free hens and grass-fed cows, and phasing out gestation crates for sows in 2015.

“Panera’s increasing use of more humane animal housing systems shows that kinder farming isn’t just possible, but crucial. We applaud the positive impact Panera’s progress will have on the lives of so many animals.”

We commend Panera Bread on its sweeping progress this year, announced today, to increase the welfare of the farm animals in its U.S. supply chain. Panera Bread’s actions in 2014 include sourcing 18% of the more than 70 million eggs the company served from cage-free hens and sourcing more than 80 percent of its beef from grass-fed cows. Panera also announced that as of 2015, it expects to have phased out the use of gestation crates for pregnant sows completely.

“These comprehensive moves by Panera Bread set a strong example for businesses around the world,” says Darren Vanstone, Corporate Engagement Manager. “Panera’s increasing use of more humane animal housing systems shows that kinder farming isn’t just possible, but crucial. We applaud the positive impact Panera’s progress will have on the lives of so many animals.”

Over 300 million hens in North America are housed in small battery cages, typically shared between 5-7 birds. As of January 1, 2015, the state of California will require that all eggs sold there come from hens with enough space to turn around freely, lie down, stand up, and fully extend their limbs.

“No cage, regardless of its size, allows hens to live naturally,” says Vanstone. “We thank Panera Bread for taking our research into account and seeking our input on the growing consumer demand for cage-free eggs as they made this important decision to strengthen their animal welfare policies.”

Join us in thanking Panera for protecting farm animals by using the hashtag #ThankYouPanera on Twitter and Facebook.

Through our Choose Cage-Free campaign, we consult with businesses on transitioning to cage-free eggs and empowers consumers to select humanely produced eggs. Earlier this year, we announced a global partnership with Nestlé to improve the welfare of the animals in its supply chain. That partnership is the first-ever commitment between an animal welfare NGO and a major food business. We also announced this year a partnership with BRF, Brazil’s largest pork producer, through which BRF will transition away from using sow gestation crates.

Learn how we work with businesses to improve farm animal welfare. 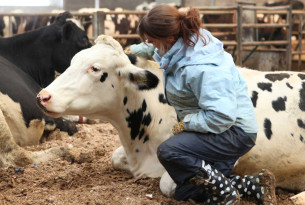 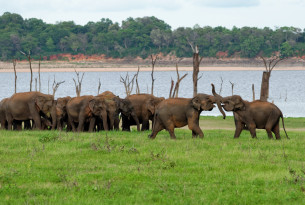 Cows' ear positions tell us how they're feeling, study finds

Our new study on cow behaviour indicates that cows reveal their emotional state by the posture of their ears.