Animals are dealing with the trauma of the disaster and mourning the family members they’ve lost. However we’ve provided nearly 4,000 of them with medical treatment and food, helping to get their lives back on track.

"Many have traumas on their pads, skin, cuts from broken windows or rods. Also we have found animals suffering psychological trauma."

Pedernales, a city frequented by tourists in Manabí province, was the epicenter of the 7.8 earthquake; the worst disaster suffered in the country since 1949.

Shortly after arriving, our disaster team was very moved when they found a frightened dog waiting alone among the ruins of his former home. The dog was waiting for his owners to come back, but sadly they will never return, having passed away in the earthquake.

"Many [animals] have traumas on their pads, skin, cuts from broken windows or rods. Also we have found animals suffering psychological trauma," Sérgio Vásquez, World Animal Protection Vet Officer, said about the animals he met in the worst affected parts of Ecuador.

The earthquake left streets, houses and buildings destroyed. “It was like someone putting you in a blender, everything moved in circle,” explained Sergio Huerta, a neighbor of the area.

Animals that are still with their families are living in temporary shelters they put together on highways because they don’t have anywhere else to go. Stress is causing some dogs to become aggressive and fight.

Next, read the story of Valentino the puppy, an Ecuador earthquake survivor

This dog doesn’t want to abandon his home, even though his owners have passed away

Orphans of the earthquake 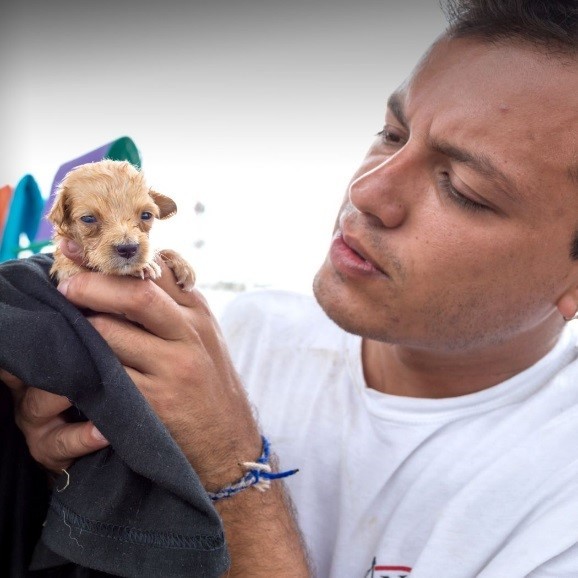 Camilo Ramírez from the local NGO Acción Animal Ecuador rescued seven puppies no older than a couple of weeks from one of the collapsed buildings in Pedernales.

The puppies were found inside a suitcase where they survived after five days without eating or drinking water. Despite the best efforts of vets and locals, only four of them survived. The four surviving puppies were taken to Guayaquil to be nursed and to find them new homes.

In the 1,000 kilometers that separate Guayaquil from Pedernales, countless trucks full of aid, volunteers and rescue groups are moving between the affected areas.

Thousands of animals still need food and care - will you help?

We are providing food and veterinary care to 15,000 dogs and cats that will help them survive the next two months. Our aid is being delivered through two local World Animal Protection-sponsored clinics that are managed by our local partners: Regional Canine Training Center (Ecuador police) and the local NGO, Rescate Animal.

Related: Read about our initial efforts to aid animals affected by the Ecuador earthquake

One of the clinics is set in Manta, as it’s one of the worst affected cities, and the other is a mobile clinic visiting the affected regions of Manabí. Also, a group of volunteer vets are distributing food and providing basic veterinary care.

We are taking care of as many animals as we can, along with other dedicated Ecuadoran animal organizations.

With your support we can continue to help local communities with preparedness and recovery during disasters. Please consider making a donation to our Disaster Management Fund. 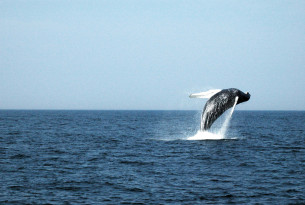 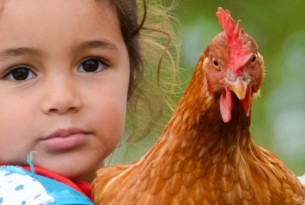 Gemma Carder, our Sentience Manager, discusses social bonds and group activity. Whales come in many different shapes and sizes, and inhabit most of the world’s...