Bolik the bear and Elza the wolf have been safely relocated from a tourist resort in war-torn Ukraine, to the Libearty Bear Sanctuary in Romania.

Bolik and Elza were taken on a 740-mile journey to the Libearty Bear Sanctuary, run by Millions of Friends Association (Asociația Milioane de Prieteni - AMP), where they will join the other 116 bears and five wolves.

The rescue was bravely carried out by ex-UK service man Tom S-N, who keeps his surname concealed for security reasons, and his heroic team from Breaking the Chains. Behind the scenes, Hungarian organization Ebredo Bolygo Alapitvany (Awakening Planet Foundation), funded the first leg of the journey across Ukraine. Local Ukrainian organizations, UAnimals and Wild Animal Rescue International Charity Foundation, oversaw the coordination and negotiation of the rescue.

The latter part of this rescue on the Romanian side to the sanctuary, and their onward care, has been funded by World Animal Protection and our compassionate supporters. 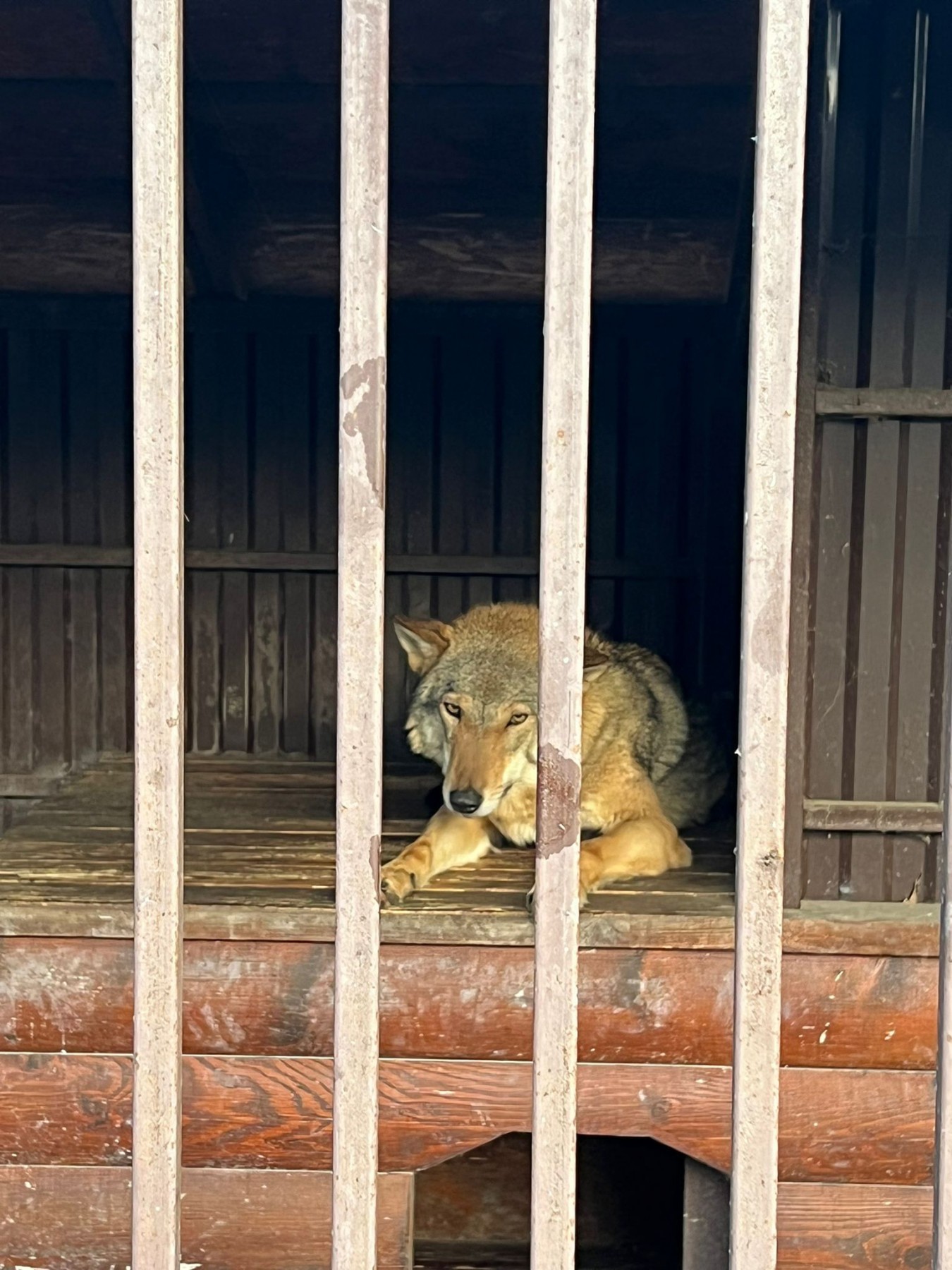 Elza the wolf in captivity, in a tiny cage prior to the rescue.

Bolik the bear is male and 15 years old, and Elza the wolf is female and seven years old. Both were being held in tiny cages in a tourist resort in Chernivtsi, which was bombed recently. Now, they will live in part of a large 69-hectare sanctuary filled with trees to climb, pools to bathe in, and other fellow bears and wolves to socialize with. Due to their upbringing in captivity, being released into the wild is sadly not possible.

The transport cages had to be specially made for them and then were loaded on to two separate vehicles that travelled in convoy. Bolik is now believed to be the sanctuary’s largest bear, weighing in at around 600kgs! For this reason, it was not possible to sedate him, adding to the challenge as he and Elza had to be lured into the cages with food. On arrival, AMP staff noted that both animals seemed calm and gentle and were comfortable with people around. Bolik the bear and Elza the wolf were being held in tiny cages in a tourist resort in Chernivtsi, which was bombed recently.

Both animals have had to undergo health procedures that could not be carried out in Ukraine, such as sterilization, rabies vaccinations, and blood tests. Fortunately, a life-threatening tumour was identified on Elza, which has now been removed and she is recovering well.

“Playing our part in these rescue missions from Ukraine has been a nail-biting experience clouded by uncertainty - but the end result is a happy future for Bolik and Elza. Animals are often the forgotten victims in times of crisis, yet suffer immensely, and have no understanding of the horrors unfolding around them. There is no way to explain to them why they are trapped and surrounded by the frightening sounds and sights of war, through no fault of their own. While things are truly bleak, I am delighted that even amidst the devastation, there is a better life ahead for the animals at the sanctuary, that will now get to live the peaceful lives they deserve to live.”

The rescue of Elza the wolf, was relatively simple, although Bolik the bear is a very, very big bear which made this part of the rescue quite complex. We couldn’t put him to sleep and then move him because of his size. So, instead, we had to have a steel crate especially made, and then lured him in with food. We then had to move him into the van, which considering with the crate included was around a tonne, made it a task in itself. But ultimately, it has all been well worth it. I am thrilled that we were able to help both Bolik and Elza get the life they deserve and give them their happy ever after.

Cristina Lapis, President of the Millions of Friends Association, said:

“We are so happy to offer Bolik and Elsa the second chance to live free, in a peaceful place, and a natural environment. For years, they lived in dirty little cages, near a restaurant in Cernauti, Ukraine. They had to experience the fire and the sound of bombs before the long journey to get here.

“They now have the chance to face the forest that they never knew. To step on the grass, on the earth, to listen to the wind and the birds singing, to see the sky without bars, and without fear, this is what all living creatures deserve. We only hope that they will have some time to live to recuperate the stolen years.”

Just weeks ago, Masha, another Eurasian brown bear and former circus performer, was brought over from Ukraine, and was taken to the AMP sanctuary. Tragically, the 22-year-old bear suffered a stroke and passed away. Every attempt was made to save her by the team’s vet, but she sadly did not respond to treatment. Masha’s last weeks were spent surrounded by nature with freedom to explore.

World Animal Protection is working through its partner organization, AMP that have been approached by local charities in Ukraine, that have identified animals in need of help. The organization is calling on their supporters to donate directly to help protect bears such as Masha, but also other wild animals who are trapped in the entertainment industry. The suffering of animals who are exploited for profit is made worse by human-made crises like the Ukraine war, COVID-19, and the climate crisis. Supporters are also encouraged to donate to local organizations.

With your support we can push for a world where bears, wolves, and other wildlife won’t have to suffer for entertainment. Bolik and Elza deserve to live in as natural an environment as possible while getting the care they need to help comfort their mental and physical pain.

Your generous support helps to provide funding to our partner organizations and sanctuaries so that formerly abused wildlife like Bolik and Elza can get the care they desperately need. Donate now and you can help our wider campaign work to end cruel wildlife exploitation like bear baiting, dancing, and circuses.

Make a charitable donation through your estate 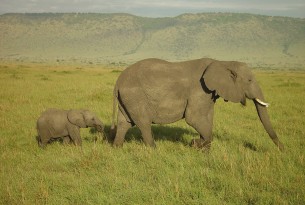 May is Leave a Legacy month, a public awareness campaign encouraging people to write their Will and consider a charitable gift. Through our partnership with... 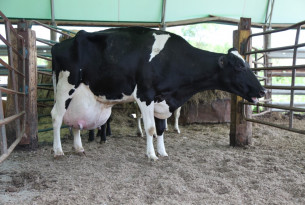 An estimated 560,000 cull dairy cows are sent to slaughter each year, many of whom are in poor health and deteriorate quickly on the long journey.