Alesha went undercover with us at cruel wildlife venues in Thailand. We’re releasing the shocking footage, calling on tourists and tour operators to help end the wildlife entertainment industry

"A two-month-old baby should be with its mother, not in a tiny cage and then passed and pulled about like they are just a product." - Alesha Dixon

An emotional and shocked Alesha saw elephants walking across a tightrope, kicking a ball and spinning hoops on their trunks – some of the many ways wild animals are exploited for money.

‘Ashamed to be a human being’

Alesha said: "I feel ashamed to be a human being. I know from research that there is no humane or kind way to train an elephant and for these shows there has been intense training, and the elephants would have suffered severely.

"I’m highlighting this cruelty so tourists stop going and this abuse ends."

Wildlife belongs in the wild

Alesha is supporting our Wildlife. Not entertainers campaign, which has already seen significant success in moving the world to protect animals.

TripAdvisor recently stopped selling tickets to some of the cruellest attractions available, after over 558,000 people signed our petition. But there is so much more we need to do, with the help of our supporters and the travel industry.

A catalogue of cruelty

Elephants are taken from their mothers as babies and subjected to gruelling training to make them submissive enough to perform in shows or give rides to tourists.

They endure ongoing physical abuse, including being beaten with bull hooks (wooden sticks with a metal hook on the end). Every day they are psychologically abused. Most spend the rest of their lives performing or giving rides to tourists, unable to carry out normal behaviours as they would in the wild.

The newly released footage also reveals baby tigers used for tourist photos and then thrown into cages to await the next photo.

Alesha said: "A two-month-old baby should be with its mother, not in a tiny cage and then passed and pulled about like they are just a product.

"These wild animals have no life, they have no choice, they have no freedom and it’s quite frankly disgusting. My job is to perform, to entertain, it's my passion, it's my love and it's a choice that I made for myself. I cannot imagine being forced to do it."

As well as seeing cruel venues in Thailand, Alesha also got to see much happier scenes at Boon Lott’s Elephant Sanctuary (BLES). The sanctuary is devoted to creating a safe and natural home for rescued and retired Thai elephants, many of which have been previously abused by the tourist industry and cannot be safely returned to the wild. 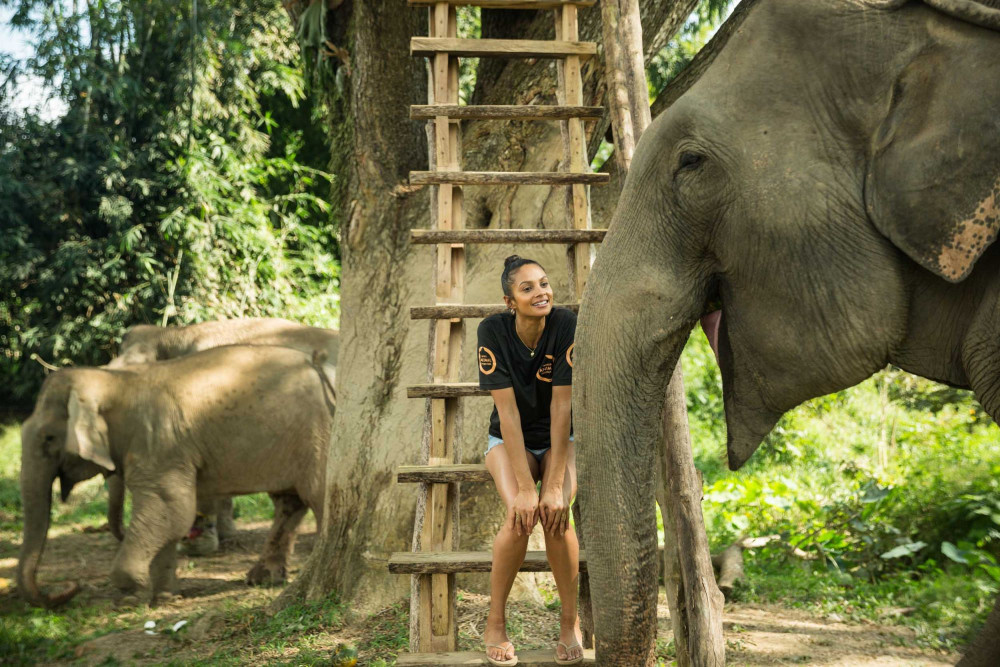 As tourism continues to grow, we estimate that approximately 110 million people visit cruel wildlife tourist attractions each year, unaware of the abuse involved.

85% of people agreed that wild animals belong in the wild, according to an independent poll we commissioned. Three quarters said it was wrong for people to make an income from using wild animals for entertainment if the animals suffer*.

Make a pledge for elephants

Together, we’re calling on tourists not to go to these cruel attractions when they go on holiday, and are asking tour operators to stop offering, promoting and selling them.

Alesha said: "People need to know that behind the scenes these beautiful animals are kept in tiny little pens, have no freedom and are abused for our entertainment.

"People want to be close to them because they are so beautiful. I would rather stand back and admire them from afar in the wild where they belong. I’m sure when people realise the hidden cruelty, they will too."

Alyx Elliott, our head of campaigns, added: "Tourists that visit these attractions are often animal lovers but they don’t realise the cruelty that goes on behind the scenes to get the elephant to walk the tightrope or for the baby tiger to have a photo with you.

"We want to let everyone know about this cruelty so that they can make an informed choice, avoid these places completely, and consider seeing them in the wild instead."

Our Wildlife. Not entertainers campaign aims to raise awareness about the issue so that tourists are fully informed. Find out more about the campaign. 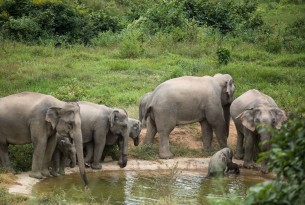 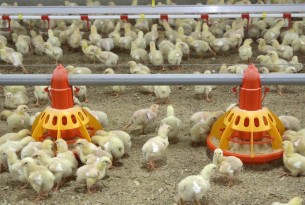 A new report released this week shows how 99 of the world’s largest food companies are focusing on the welfare of farm animals used in their products.

Responding to floods in Thailand 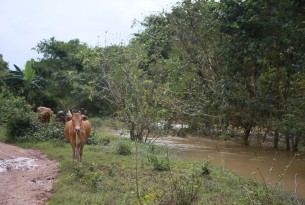