They might look like they’re smiling, but don’t be fooled. It’s just the shape of their face.

Myth 1. Dolphinariums are educational for your family.

Watching dolphins in captivity is not a real educational experience. What you’re seeing are trained animals, trapped against their will and behaving unnaturally. This isn’t only harmful to dolphins – it’s teaching children that wild animals don’t deserve freedom.

Captive dolphins aren’t domesticated, they’re trapped. Domestication takes thousands of years and special circumstances. Dolphins in captivity are still wild and can never have their needs met in these venues. Even if a dolphin is born in captivity, it isn’t domesticated. We need to protect them in the wild, not confine them to tiny, barren tanks.

Myth 3. Dolphin parks are vital for research and conservation.

Most dolphins are not endangered. In the last 50 years, less than 40 dolphins have been released back into the wild, and captive-born dolphins will likely never be released. Don’t be fooled – this is entertainment, not science.

Myth 4. Captive dolphins want to interact with us.

Dolphins are curious and intelligent and will often investigate humans in the wild of their own free will. This isn’t what happens in captivity. These animals have often been deprived of food and trained to perform tricks. They don’t want to interact with you, they’re doing a job. Dolphins do bond with their trainers – but it’s not out of choice.

Captive dolphins aren’t following their dreams. They’re doing a job. They perform these ‘tricks’ because that’s how to get fed. This couldn’t be further from natural behaviour. They might look like they’re smiling, but don’t be fooled. It’s just the shape of their face.

Some dolphins might live a little longer in captivity, but at what cost? Captive dolphins become bored and listless, swimming endlessly in circles. Some become aggressive and attack their fellow prisoners. They often grind their teeth down and chew the walls and bars of their tank. Some have even been observed choosing to stop breathing. Not to mention the effects of chlorine and overexposure to sunlight in their shallow, barren tanks. Is that the kind of life you want to lead for longer?

A swimming pool and the sea are not the same. In the wild, dolphins swim up to 100km a day in an ocean full of other animals, plants and endless variety. In captivity, they’re confined to tanks 200,000 times smaller than their natural habitat. In the wild they live in large, natural groups with their families. In captivity, they’re taken away from their mothers too young, leading to aggressive behaviour and fighting. Where would you rather live?

Dolphins in captivity have nothing to smile about. Sign our petition and urging Expedia to stop selling dolphin suffering: 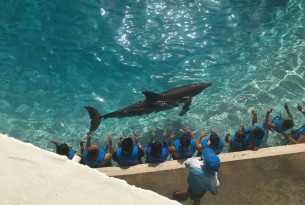 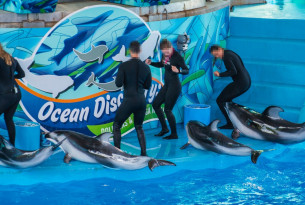 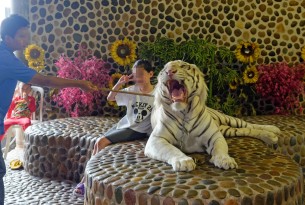 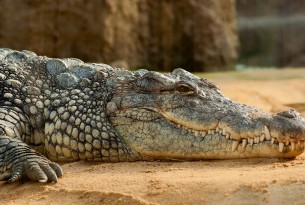 While many owners of wild animals are well-intentioned, others are less so. Shelters and vets from across Canada have told us that many people surrender their...

The Ministry of the Solicitor General announced today a new model for the protection of animals in Ontario. The bill that will be introduced on October 29th is...