A search around the planet for solutions to benefit animals

A volunteer vacation at an organic dairy farm changed author Sonia Faruqi’s life forever. We are thrilled to share an excerpt from her first book, Project Animal Farm, due July 2015. Stay tuned for another selection next week.

"Cages were the epitome of cold, steely efficiency. Hens drank water from a dripper at the back of their cage, and they ate yellow-brown pellets off a feed belt at the outside front of their cage."

It was rancid and repulsive, spitting us out, but also swallowing us into its monstrous metal machine belly, whose bowels were thousands of cages arranged in three endless columns. Like the shelves of a storeroom, each column was horizontally divided into four rows of cages. Each row consisted of two sets of adjoining cages, just as grocery store shelves are stocked from both sides of the aisle. Each cage was the size of a microwave but confined four or five hens. There were 13,000 hens in the factory. 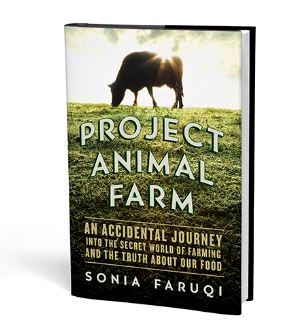 The hens’ crimson combs, august like crowns, contrasted against the encompassing slabs of steel like painted red lips against a desiccated face. All the hens were crowned with combs, but not all wore the auburn feathers of their Rhode Island Red breed. Many wore only a meager under-layer of down feathers, which looked like a coat filling without a coat—impoverished, unkempt. Other hens were entirely pink and bald across the breast and back, and especially across the neck. When destitute of all but a few spike-like plumes, the neck was frighteningly thin—the diameter of a quarter—and resembled a leafless seedling languishing in a pot its owner had forgotten to pick up and place in the sun.

And there was no sun. There were no windows, and sunlight could not sidle in even through exhaust fans, for their blades whirled under a carpet-thick moss of dust, dirt, and feathers. Yellow bulbs dangled on long wires from the ceiling, but they were dim and dwarfish and deficient, their jaundiced glow an insufficient substitute for sunlight.

Cages were the epitome of cold, steely efficiency. Hens drank water from a dripper at the back of their cage, and they ate yellow-brown pellets off a feed belt at the outside front of their cage. They lived underneath a manure belt that sagged under the waste of the hens above, and they stood on a wire floor that was slanted so their eggs would roll automatically onto the egg belt running parallel to the feed belt outside their cage. Each cage was a small, self-sufficient, automated black box.

Reprinted with permission from the author

An unconventional author with an original approach, Sonia stands primed to become one of the most important voices in food today. Sonia’s first book, Project Animal Farm, promises to entertain and enlighten readers, and to improve the lives of people and animals around the world. It is available for pre-order wherever books are sold. Order your copy by visiting http://www.soniafaruqi.com/book/ 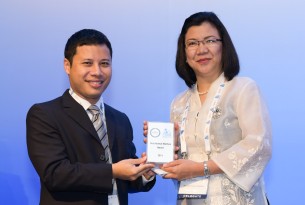 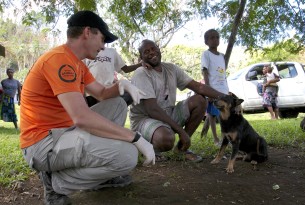 After two weeks in Vanuatu, we plan to protect up to 30,000 animals in the crucial next few months.

Protecting the future of animals and livelihoods in Vanuatu 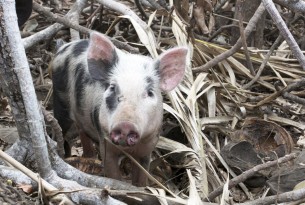 As our urgent response to Cyclone Pam finishes, our disaster team is putting plans in place with the Vanuatu government, to protect hundreds of thousands of...