In November 2013, entire communities in the Philippines were devastated by ‘super’ Typhoon Haiyan, which was larger than Hurricane Sandy and Hurricane Katrina combined.

Thanks to your incredible support, our Disaster Response Team was immediately on the ground helping the affected animals and their communities by providing medical care, food and shelter.

James Sawyer, a member of our Disaster team shares his reflections on his time in the Philippines in the diary below:

Sitting in Manila airport. Half my career has been spent on these seats. In the past, I was traveling once a month, now it’s less often. In the heavily underlit gloom of the airport hang all sorts of gaudy Christmas decorations. Already Typhoon Haiyan and her destruction feel a long way away. But in reality, it is still very much here. Homes remain smashed, people remain hungry, animals remain weak. It is the harsh reality of life that the world keeps turning as communities in the Philippines suffer.

That said, there is cause for hope. My time here has reconfirmed to me how resilient the people of this country are. The ‘land of smiles’ is still smiling and is surprisingly optimistic. As we delivered emergency relief and care, we did come across tears and sadness, but also an undeniable will to rebuild and move on with life. Alongside this was the great humor of the nation. Probably the best quote of the journey for me was from a local vet who said, “We were ready for the Navy but we got the Air Force,” a reference to how the country was prepared for flooding and not for gale-force winds. You can prepare for a disaster through disaster preparedness planning and training. But you can never fully prepare. The harsh reality is that the Philippines sits in Typhoon Alley and is hit many times a year, and it simply doesn’t have the resources to protect absolutely everything and everyone.

Born in the same image of the people are the animals. Always resilient and full of character, they offer hope and comfort as well as a route for recovery from the effects of the storm. More than ever, animals will be needed by their communities for survival, livelihoods and companionship; and more than ever, they will need to be supported to do so. That is why WORLD ANIMAL PROTECTION will be in the Philippines for the long-term, helping animals and people recover and working with communities on how to better protect their animals for when the next disaster strikes.

For example, one of the actions we are considering is increasing the number of mobile teams of vets in the Visayas. In the immediate aftermath of the storm, some vets were only able to access remote areas where roads were closed by using mountain bikes. They could ride, carry and hike-a-bike around obstacles to get to those in need. We are now looking at equipping and training more of these mobile teams for the ‘next one’. In addition, Gerardo Huertas, a disaster response colleague of mine from our team in Costa Rica, and I were drawn back to thinking about our time in Cuba in 2008, when four hurricanes hit the island within six weeks. During our response, we discovered that very few animals had perished because the Cuban government had pioneered the use of underground shelters for animals. We are looking at this technology transfer from the Caribbean to the Philippines. So, as our field teams start to ‘rotate out’ to go home and visit their families, the planning is only just beginning for the next phase, one where we can only hope to ‘build back better.’

So as I sit at the airport and contemplate my return home and making amends for missing my son’s birthday, I reflect on the wonderful people and animals of the Philippines, a country still so close to my heart. People say that the only things that are certain in life are ‘death and taxes.’ In our world, I would also add ‘more disasters.’ Disasters such as earthquakes, floods and cyclones strike the world more than 400 times every year, killing, injuring and displacing millions of people and animals. WORLD ANIMAL PROTECTION is the only international organization with dedicated full-time staff trained to provide immediate and global response for animals when a disaster strikes. That is why together, with your help, we will always be there for the animals and communities in need. 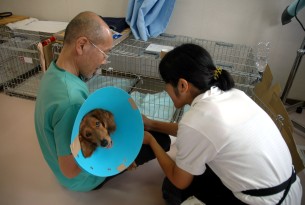 Free to Be You and Me… the Animal Version: Corporations discuss the Five Freedoms of Animal Welfare 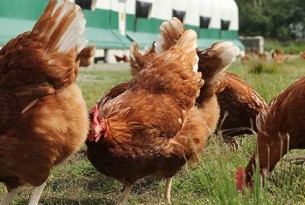 Remember when we were kids and our parents told us to just be ourselves? We eventually figured out that being ourselves is important to our overall ability to... 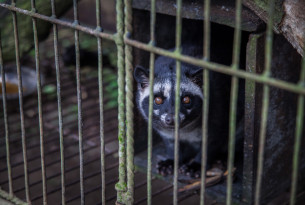 Retailers around the globe have made the decision to clear their shelves of civet coffee(also known as Kopi Luwak), following pressure from World Animal...