Protecting animals from natural disasters before they strike: reducing risk is not negotiable, it saves lives | World Animal Protection Skip to main content

It’s not enough to respond only after a disaster has struck. This International Day for Disaster Reduction (October 13), our disasters project manager highlights the importance of proactively protecting animals and animal owners

Our disaster teams act as quickly as possible to save the lives of animals after naturals disasters hit.

We urgently deployed to the Caribbean after Hurricane Irma hit only last month, and during a typical response, we feed and give medical care to tens of thousands of animals in urgent need of help.

Our disaster response manager Steven Clegg gives water to two dogs in Barbuda. Before Hurricane Irma devastated the Caribbean island, all of the people were forced to evacuate but were not permitted to bring their animals.

But outside these emergency situations, we carry out vital work to reduce the impact of disasters on animals and the people who rely on them. As we teach communities how best to protect their animals, and provide them with resources to do so, we’re safeguarding lives and livelihoods.

This means that if the worst does happen, fewer animals will suffer or die.

Eugenia Morales is a project manager on our disaster management team. She explains exactly why disaster risk reduction is so vital in our mission to move the world to protect animals.

Q: Disaster risk reduction (DRR) can seem like a complicated topic. What does it mean?

Eugenia: DRR is an investment in the safety and futures of pets, farm animals, and wild animals.

It can mean to simply take action that would lessen the impact if a disaster were to strike. For example, when a family builds their home on high land to avoid flooding, they are reducing risk.

In the case of communities that depend on their animals, other DRR actions could include having food and water reservoirs in case of droughts. If you live close to a volcano, you’d make sure your animals’ food and water is covered to protect it from volcanic ash in case of an eruption.

Governments, have policies and strategies in place to reduce risk and we work to ensure animals are impacted as little as possible by disasters.

Eugenia Morales (left) advocating for the importance of including animals in disaster plans at the fifth session for the Global Platform for Disaster Risk Reduction conference in Mexico, May 2017.

Eugenia: We work with governments, communities, organisations and people, to ensure animals are protected from disasters.

We work in many parts of the world promoting DRR.

In Aldama, a small community in the State of Chihuahua, Mexico we developed a pilot with cattle owners to better protect the animals from drought. Through water dams and improved pastures that were more resistant to the climate, the cattle owners were able to feed and give water to their animals in case of a drought.

We have also been working alongside the Indian government to assist with the inclusion of animals in their disaster risk reduction strategies. As a result, the National Disaster Management Authority (NDMA) added animal welfare to their national plans. We are very proud of the results because each step the Indian government undertakes will positively impact millions of animals.

Q: What DRR projects have you been involved in? Did they work?

Eugenia: In 2015 and 2016, along with the Mexican Red Cross, we participated in a risk reduction project in several communities of Tabasco, Mexico. We developed of pilots for selected communities with farm animals to help improve animal welfare and livelihood protection.

One of the DRR actions we implemented were racks for birds to protect them from flooding. The racks have been very successful. The Red Cross plans to install 546 more racks in 10 communities by the end of this year. This will benefit 546 families, 2,000 people, and of course the birds who use them. The Red Cross is providing the materials but the construction is the responsibility of the communities, and they’ll have local facilitators show them how it’s done.

In Costa Rica we developed a DRR community pilot in the flood-prone community of Sarapiqui, to help them become more resilient.

We lead workshops for the local farmers to help them identify their risks, but most importantly identify what actions they would need to take to reduce these risks for their cattle. After our intervention, 80% of these farmers had taken some kind of preparedness measure to protect their animals, such as growing food on higher grounds.

Q: How do you choose where to run DRR activities, and what makes a good location?

Eugenia: We work where we can make the greatest impact for animals, and we make sure our projects can be replicated and used by other regions and communities. Our resources are limited, so we also look for commitment from governments and communities to ensure sustainability.

Q: Is DRR something anyone can do? Is it for the individual or for governments?

Eugenia: We can all participate.

If you know you live in an area prone to flooding or earthquakes, you should have a plan to determine the safest place in your home. If you need to evacuate, make sure you have a safe route and place to go with your animals.

Emergency kits can be prepared, that include water and food for people and animals, a flashlight, a safe place for your animals to sleep such as a kennel, and more.

We should always include our pets and animals in emergency plans. They suffer just like we do during disasters, and they depend on us.

Read our tips to keep your pet safe in a disaster

Eugenia: The theme of this year’s International Day for Disaster Reduction is Home Safe Home.

The Home Safe Home theme promotes the idea that our we should ensure our homes are as safe as possible for our family. And of course for most people, pets and farms animals are part of the family.

We need to take every step we can to keep them safe from disasters.

Even if you don’t live in a disaster-prone area, you can help promote disaster preparedness by spreading the message about how important DRR is, this International Day for Disaster Reduction.

Learn more about our work protecting animals in disasters > 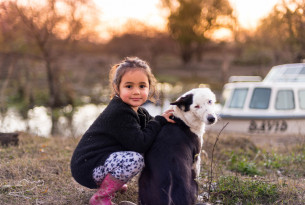 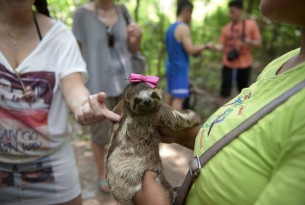 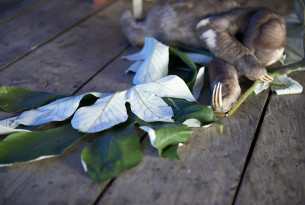