The world is in the midst of a biodiversity crisis. It is estimated that more than one million species will go extinct in the coming decade if individuals, companies, and governments continue operating the way they currently do.[i] The trade in wild animals, which includes the exotic pet trade, is one of the main causes of decline in species population sizes in the wild.[ii]

PetSmart continues to sell animals regardless of the biodiversity crisis

Many reptile and amphibian populations are under pressure in the wild including Ball pythons, tortoises and chameleons. All these species are listed by the Convention on International Trade in Endangered Species of Wild Fauna and Flora (CITES) to prevent further decline of their wild populations.[iii] Despite this international agreement, the decline of many wildlife populations continues.

Ball pythons, tortoises, Veiled chameleons, Bearded dragons, Leopard geckos, Long-tailed lizards and South American Horned frogs are all sold in PetSmart stores in Canada. In the US, PetSmart also sells tarantula and false chameleon species, both are protected by CITES and therefore subject to trade restrictions.

Selling captive bred animals is not the solution

The biodiversity crisis affects us all and is directly connected to other issues including zoonotic disease spillover, habitat degradation and animal suffering. It is time for PetSmart to end their participation in the wildlife trade and become part of the solution. This includes educating the public that exotic animals are not suitable as pets and animals should not be sold as commodities. This would prevent animal suffering and biodiversity loss and align with the companies position to adopt domesticated animals instead of selling them.

The exotic pet trade causes harm to animals, humans, and the environment. Companies like PetSmart must take responsibility and stop supporting this cruel trade. Join our campaign and sign our petition urging PetSmart to stop the sale of reptiles and amphibians in their stores.

PetSmart: Please stop the unnecessary suffering of thousands of animals. Stop selling reptiles and amphibians in your store 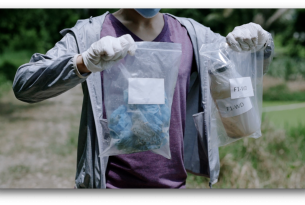 Public rivers and streams next to factory farms in Canada, Spain, Thailand and the USA – where animals suffer a lifetime of misery to become food – have been... 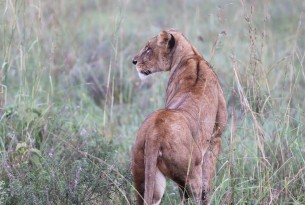 Without lions our world would be a much darker place. These beautiful iconic animals, often described as the ‘king of beasts’, shine as symbols of bravery,...