In the absence of strong laws to protect farm animals, undercover video footage has been instrumental in exposing the mistreatment and abuse of animals on farms across Canada, including in Ontario.

Ontario government’s Bill-156, also known as the “Ag Gag” bill, passed in the legislature on June 17, 2020 with a vote in favour of 68-22 despite widespread opposition from animal protection organizations, the legal community, and journalists.

This law increases fines for trespassing on farms or other “animal protection” zones (i.e., interfering with animals in transport). Most troubling is that it is now illegal for concerned individuals to document the treatment of animals on farms including revealing cruelty or abuse of animals.

Canada has weak laws to protect farm animals, one of the reasons why Canada received a failing ‘D’ grade in the Animal Protection Index. In the absence of strong laws to protect farm animals, undercover video footage has been instrumental in exposing the mistreatment and abuse of animals on farms across Canada, including in Ontario. The law not only threatens animal welfare by criminalizing those who would speak out for animals, including whistleblowers working on a farm, in a slaughterhouse, or other animal use facility, but it is also a violation to our right to free speech.

To see which Ontario MPPs voted for the bill and which did not, see here. Conservative and three Liberal MPPs voted in favour; NDP and Green MPPs voted against.

Whistleblower activity is valued in a democratic and just society as important tool to reveal unjust and unethical practices and this situation should be no different in the agriculture industries. The public has a right to know how farm animals are raised and treated.

The industry should be moving to more transparency, not less. Doing so would benefit those farmers doing things right as it would increase public trust. Research on “ag-gag” laws in the U.S. has shown they undermine public trust in farming and farmers.

Many similar laws in the United States have been overturned due to their violation of the First Amendment right of “Freedom of Speech.” The Ontario and Alberta laws will likely be challenged on the basis that it violates our right to “freedom of expression” and “peacefully assemble” as protected in Canada’s Charter of Rights and Freedoms. 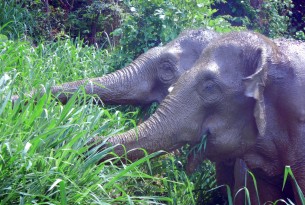 With coronavirus bringing global tourism to a halt, your support is helping keep elephants fed at elephant-friendly venues and our partner sanctuaries in...

Grocery shopping on a budget? Spend less with these affordable plant-based proteins 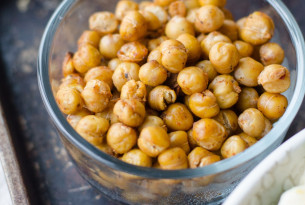 Stay strong and save money by eating more plants.