One of the lucky ones: meet Bruno | World Animal Protection Skip to main content
Français

One of the lucky ones: meet Bruno

Bruno is one of many lucky dogs across the world getting vaccinations to live the life they deserve, thanks to our vaccination program.

"Bruno is a protector. Whenever she's around, I feel okay. She’s part of our family, and it would be devastating if we lost her. That’s why I’m vaccinating her, to protect her like she protects us."

Bruno is #oneluckydog – she was the recipient of one of our one million rabies vaccinations.

In Kenya alone, rabies kills up to 2,000 people every year -- deaths that are entirely unnecessary.

Rabies is a viral infection that is almost 100 percent preventable. And although canine rabies has been eliminated in many parts of the developed world, it is still a threat for countries in many parts of Africa and Asia.

Bruno was so named because her owner, Joseph, wanted his feisty puppy to have character and appear strong. She loves playing with chickens and other dogs, although eating cabbage and dozing in the shade come a close second.

Joseph is teaching Bruno how to be a guard dog to protect their home and animals so she can alert the family if a visitor or intruder is coming. 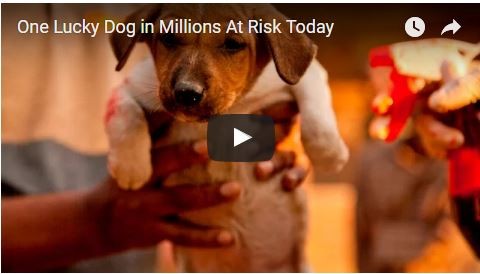 “Bruno is a protector. Whenever she's around, I feel okay. She’s part of our family, and it would be devastating if we lost her. That’s why I’m vaccinating her, to protect her like she protects us," Joseph said.

“Rabies is a real threat here; my neighbor’s daughter was bitten by a dog that was infected. She sadly died. Once bitten, if you are not treated, it’s incurable and it’s a scary threat to all of us here.”

“Rabies is the lightning rod of all dog issues in Africa, and any measures taken to control dogs are usually brutal and abusive but mostly ineffective," said Tennyson Williams, Director of World Animal Protection in Africa.

“The situation in many parts of Africa is urgent, and a major outbreak of rabies in African countries would be catastrophic. The experience of Ebola points to that, because some countries lack the infrastructures and resources to help prevent rabies.” 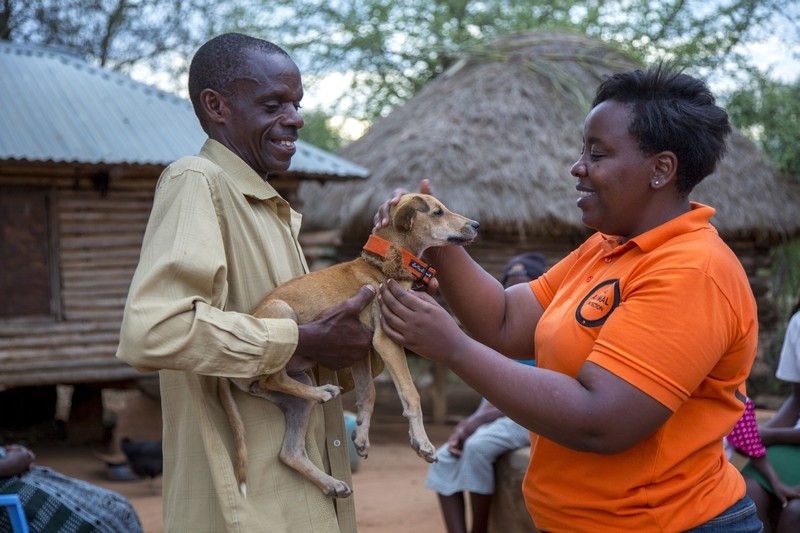 We're working around the globe to end the cruel killing of dogs in the name of rabies. We’ve worked with governments in Asia and Africa to implement vaccination programs since 2011 and show that this approach works. There have been no human rabies cases reported in our pilot sites in China since we worked there in 2012 and in Zanzibar since 2013.

We're also collaborating with the World Health Organization (WHO), World Organization for Animal Health (OIE), and the Food and Agriculture Organization of the United Nations (FAO) to eliminate rabies without culling dogs by 2030.

Click here for more information on our work to create better lives for dogs and to learn more about how you can help end the needless suffering of dogs and other animals. 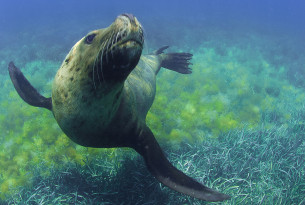 Is TripAdvisor finally ready to make a move for wildlife? 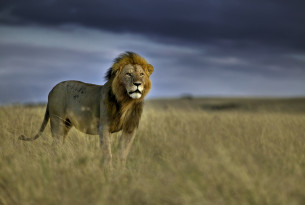 After a year of asking, and over 330,000 people demanding action, we finally got to meet with TripAdvisor last week. We discussed how they can help protect...

Elizabeth Hogan, U.S. Oceans and Wildlife Campaign Manager at World Animal Protection, discusses similarities between our work and themes present in the new...