Nowhere’s safe for the last of our big cats

There’s a roaring trade in big cats being used for traditional Asian medicine, and it’s clawing its way across the globe

Regardless of whether they are taken from the rainforests of South America, the plains of Africa, or farmed in China – big cats are wildlife, not medicine.

This news post was contributed by Gilbert Sape, global head of campaign for Wildlife. Not Medicine at World Animal Protection.

People are living longer, survival rates are higher, and there are cures and remedies for so many illnesses. Modern medicine has given us many gifts, but at the same time, ancient remedies are still popular across Asia.

Plant-based traditional medicine has been used for many years, and will no doubt continue to be used for many more. Many herbal remedies are known to have curative properties and are popular with many communities around the world.

But what about when wildlife is involved?

Image credit: Anonymous, Blood Lions.These lion cubs range in age from three months to a year. In the wild, lion cubs stay with their mothers until they are around two years old. At facilities in South Africa, cubs are often taken from their mothers at only a few weeks old, and used to provide tourists with holding, stroking, bottle feeding, and walking experiences until they get too big. They may then be killed for the traditional Asian medicine trade.

It is estimated that the traditional Asian medicine industry is worth upwards from CAD $66 billion to CAD $159 billion globally. Last year, the World Health Organisation (WHO), endorsed the practice of traditional despite a surge of criticism.

Sadly, some of the traditional practices exploit wild animals, cause immense suffering, and are bringing numerous species to the brink of extinction despite little evidence to support its medicinal properties.

The sinister side of tradition

Traditional Asian medicine is based on an entirely different concept to modern medicine, and, with about 2,000 years of history, is of immense importance to many people.

Most remedies don’t contain wild animal products, and often are entirely non-animal based, but there are some that do, and the cost to wildlife is unimaginable:

This is completely unnecessary; there are synthetic and plant-based alternatives available for the ailments these products are being consumed for.

Image: A facility in China which houses around 1,250 big cats in cages.

The global threat to big cats

Big cat numbers have been free-falling into oblivion over the last century. Wild tigers are just shy of 4,000. For lions, there’s about 20,000 left in the wild – down from about 200,000 a century ago.

Habitat loss, hunting and human-wildlife conflicts are the main drivers of these declines, but another threat is the growing market for their body parts. Now that demand is outstripping supply in Asia, it has become a global issue.

Last year, we revealed that, even thousands of miles away, in the small country of Suriname in South America, jaguars are being poached from the wild for this industry.

Their carcasses are boiled down into a paste, then smuggled into China in tubs, to supposedly treat the same ailments as tiger products, with a steep price tag attached.

Read about our Jaguar report here.

Image: Pot of jaguar glue/paste which is used in traditional Asian medicine

In South Africa, lion cubs are used for petting and ‘walking with lions’ experiences at tourist venues. When they get too big, they are used for ‘canned hunting’ – where hunters pay large sums of money for a guaranteed kill as the lions are trapped.

Their bones are then harvested and exported to Asia, which is legal in South Africa. In 2018, South Africa exported 1,500 lion skeletons.

In China, it’s thought there’s over 6,000 tigers in factory style farms – more than the wild population. They are kept in cramped, barren concrete enclosures, unable to behave naturally, suffering physically and mentally.

Some are kept in entertainment facilities and forced to perform tricks for tourists, who then drink the tonics and wines made from their ancestors’ bones. This is exploitation and its greediest, and cruellest.

There is a misguided belief that big cat farms ease the pressure on wild populations. However, our latest study showed that there is a clear preference for big cat products from wild cats over farmed, with almost nine in ten Vietnamese, and over half of Chinese consumers confirming.

So, farms are not only cruel and legitimise a practice that should be phased out, but are also fuelling the popularity of these products, and ultimately the poaching of more wild animals.

Image credit: Anonymous, Blood Lions. Lions kept in substandard and barren facilities, so different from their natural, wild homes, are vulnerable to mange and other diseases that cause them great discomfort and suffering.

Regardless of whether they are taken from the rainforests of South America, the plains of Africa, or farmed in China – big cats are wildlife, not medicine.

For us, our supporters and no doubt, many others, it’s clear that these incredible animals deserve a life worth living and belong in the wild. We need to speak up for these animals, who themselves, do not have a voice. We need to move the world to act now and protect these animals, because time is running out. 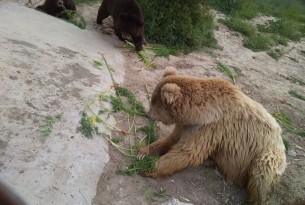 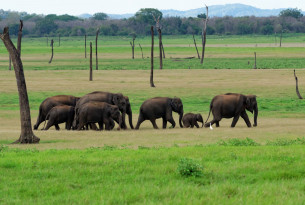