Meet the elephants at Following Giants

As tourism comes to a halt during the hottest and driest season of the year in Thailand, you’re helping keep elephants at high-welfare venues fed and healthy

With your ongoing support, gentle giants just like Jahn, Sow and Tanwa will be free to simply be elephants. Thank you.

One such elephant-friendly venue in Thailand is Following Giants – where the elephants are free to walk through the forest as if they were wild, foraging on native plants and socializing with each other whenever they choose. 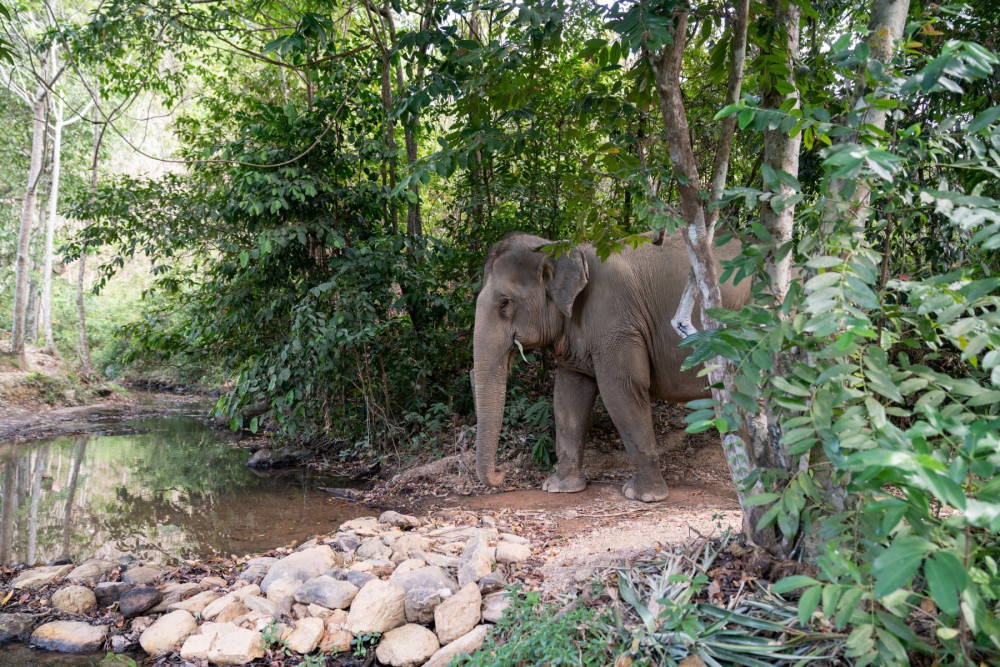 Jahn enjoying a walk around the grounds at Following Giants

Jahn is a 32-year-old female elephant who is shy but can be playful and loves to splash about in the deep fishpond.

Jahn has had a difficult past, as she was sometimes forced to mate against her will, and once, her tail was bitten off by a bull she was sharing space with. This painful and distressing experience left her traumatised, and she is now very nervous around male elephants.

Since Jahn has been allowed the freedom to behave more naturally she’s much more comfortable around some elephants. Jahn was seen bathing together with another male elephant two days in a row, intertwining trunks. Learning to trust another male elephant is a positive sign that Jahn is overcoming her trauma.

Jahn is also nervous around people and doesn’t like anyone standing behind her. At Following Giants, tourists will be prevented from approaching, which makes her a much calmer and happier elephant. 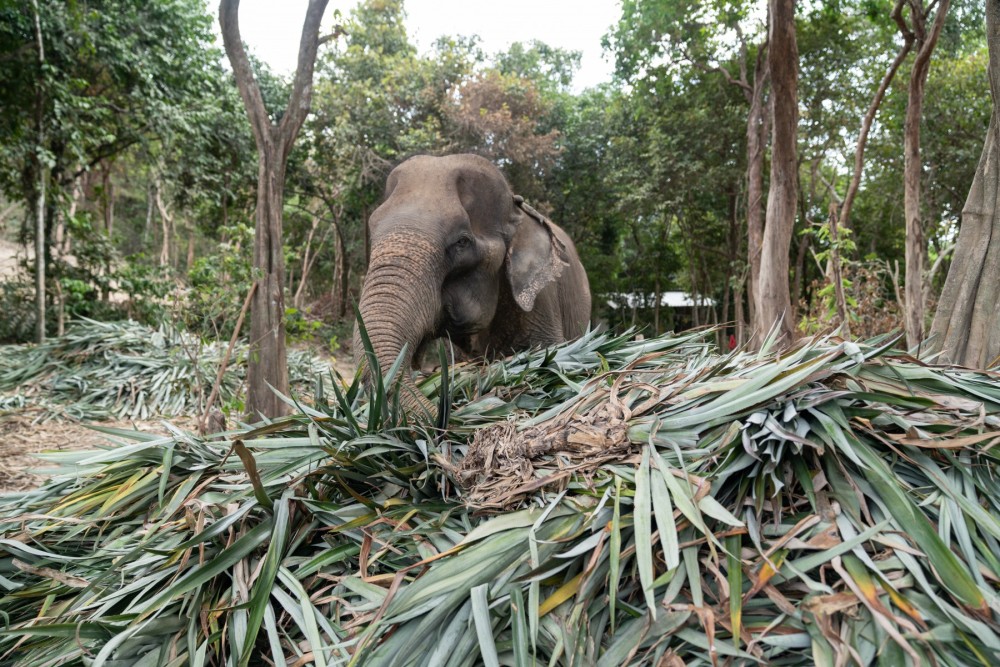 Sow is an elderly, friendly, 55-year-old female elephant who worked in the tourism industry in southern Thailand for over 20 years.

As Sow is an older elephant, she’s on her last set of molar teeth, and they’ve badly deteriorated. As a result, she was struggling to eat a balanced diet and had become very thin.

As part of our transition work at Following Giants, we’re helping the venue improve the elephants’ diets. We supported the purchase of a food shredder, that will help Sow by grinding up her food for her.

Twice a day, staff provide her with a nutritious blend of pineapple leaves, sugar cane, salt, and elephant pellet food. The salt in the mixture encourages Sow to drink more water and stay hydrated. The pellet food contains essential vitamins. And the sugar cane makes it taste delicious!

The impact of the healthy recipe is clear as David Owen, of Following Giants has said, “it’s already made such a difference to her personality and health. She has so much more energy, she looks so much fuller, even her skin looks better!” 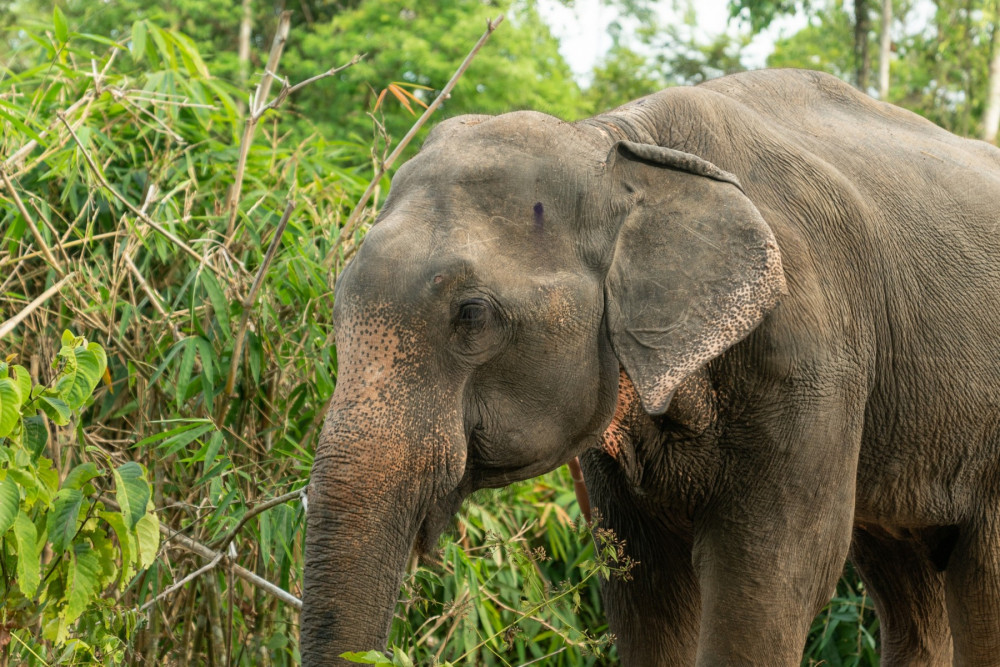 Tanwa is a timid and gentle 28-year-old male elephant. Before arriving at Following Giants, he was in an elephant hospital after being seriously injured while working in the brutal logging industry. Tanwa has spinal nerve damage and, because of this, he cannot walk properly.

Following Giants staff have been treating him, and have been using a special paste of herbs and roots from the nearby forest. When applied to his injury, the paste provides a warming feeling and helps ease his pain.

While he’s recovering from his injury, he’s content standing still with his eyes closed in the cool stream. He’s not very confident, but staff at the venue hope this will change as his mobility improves and he gets used to his new home.

He has formed an unlikely friendship with Sow, who has taken on a maternal role. They are often seen socialising together and communicating by gently touching trunks.

With your ongoing support, gentle giants just like Jahn, Sow and Tanwa will be free to simply be elephants. Thank you for giving them a second chance at life. 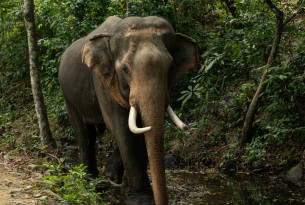 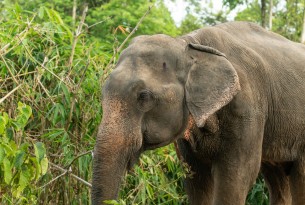 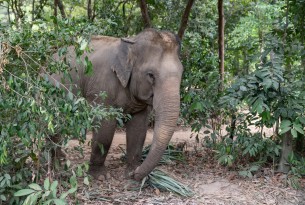 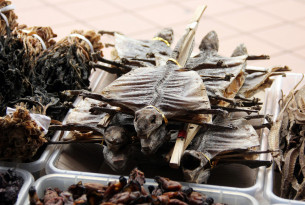 Beijing, China’s capital city has permanently banned the farming and trade of wild animals for consumption purposes as well as the eating of dogs and cats.

These animals are some of the best moms on the planet 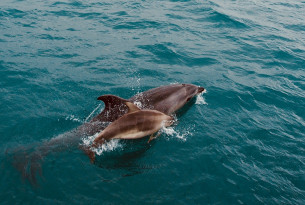 This Mother’s Day, we want to celebrate these wonderful animal moms