It’s been one year since the introduction of Ontario’s new animal welfare law, but is it doing enough to protect wild animals? | World Animal Protection Skip to main content
Français

It’s been one year since the introduction of Ontario’s new animal welfare law, but is it doing enough to protect wild animals?

The Provincial Animal Welfare Services (PAWS) Act aims to boost accountability for animal care with public law enforcement. With your help, we can ensure wild animals are included.

The PAWS Act will only be as strong as its regulations and these have not yet been developed.

This October marks the one-year anniversary of the introduction of Ontario Bill 136 which resulted in the Province’s new animal welfare law – the PAWS Act – coming into force in January 2020. This a new publicly accountable and transparent law enforcement system with specially trained inspectors and stricter penalties for animal cruelty offences.

We are pleased that this new law provides the opportunity to address a concern we have been raising for years. It allows the Minister to create regulations prohibiting the possession and breeding of wildlife when deemed to be unsafe for humans or inhumane for the animal. However, as of today this means nothing because regulations that would determine which animal can or cannot be kept have not been developed yet under the new Act.

Consequently, Ontario is still one of the few provinces in Canada that doesn’t yet restrict the keeping of exotic wild animals. The decision regarding which animal can or cannot be kept remains the responsibility of municipalities, resulting in a patchwork of regulations across the province.

How we have been involved?

On November 29, 2019, we were invited to present our comments and recommendations for improving Bill 136 to the Standing Committee on Justice Policy.

Among our recommendations, we encouraged the Ontario government to amend the Bill to allow for the creation of a positive list (also known as a permitted list) of animals that can be kept by individuals.

Historically, governments have used a prohibited list, but this approach has significant problems as it doesn’t incorporate animal welfare, and prohibited lists can only apply to a relatively small number of animal species and are difficult to enforce. In contrast, positive lists are based on a pre-determined set of criteria that would include considerations for animal welfare, public health, and safety and the environment. This is the most efficient and effective way to regulate the keeping of exotic animals and prioritize their welfare.

What can we do?

The PAWS Act will only be as strong as its regulations and these have not yet been developed. Together, we have the opportunity to shape regulations to make this Act an effective one to end the exploitation of wild animals.

World Animal Protection will continue to encourage the Ontario government to:

In 2019, thousands of Ontarians and other Canadians joined us in speaking out against the cruel and dangerous use of elephants for rides and shows at African Lion Safari. When an elephant handler was attacked in June, we urged the Minister of Labour and Solicitor General to pass provincial regulations to end the exploitation of wildlife for entertainment once and for all. The PAWS Act is the government’s response and gives us the opportunity to protect both animals and people from these types of activities.

Make your voice heard and urge the Ontario government to develop regulations for the PAWS Act to protect the welfare of captive wildlife. Use our advocacy tool to send an email to the Ontario Solicitor General now:

We examined the laws in every province and territory in Canada and gave them a rating based on the risk to animal welfare. Ontario, for example, has a high risk factor rating because there are no regulations addressing exotic wild animal ownership. But together we can change laws everywhere in Canada.

Visit our map to see which wild animals are permitted in your province/territory and join us in calling on governments across Canada to improve their wild animal ownership laws. 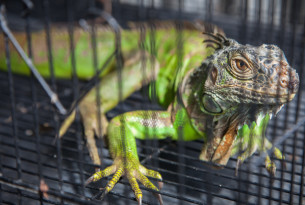 Reptile Awareness Day (October 21) is the perfect opportunity to learn more about our scaly friends and why we need to protect them.

Supporter spotlight: What inspires Heidi and Michael to leave a legacy protecting animals? 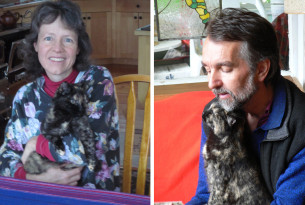 “We are among the many people out there that want the kind of world we live in to be one in which the vulnerable are protected, not exploited.”