Is there such a thing as an “ugly” animal? | World Animal Protection Skip to main content

Is there such a thing as an “ugly” animal?

No, of course not. All animals have a beauty and charm that is undeniable. Like you, we believe that every animal deserves the right to live a good life, protected from suffering and exploitation, regardless of whether they are cute, furry, feathery, scaly, scary, endangered or common.

The sad truth though, is that not everyone shares this universal compassion for animals. And we believe that the bias for caring more about the “cute” ones only exists because people haven’t been exposed to the full diversity of the animal kingdom.

And so, to spread the word and grow the love for a greater range of species, we’ve teamed up with the very talented team at Leo Burnett in Toronto to highlight some of the animals that maybe haven’t had their chance in the spotlight.

“As people in general, we tend to care far more about cute animals, like koalas and dogs. But World Animal Protection helps thousands of species and thus needs more support. Turning so-called ‘ugly animals’ into the stars of our campaign was a humorous way to let people know." – Steve Persico, SVP, Creative Director, Leo Burnett Toronto.

The exaggerated nose of the proboscis monkey now becomes a reason to care about the well-being of this animal. The inference that there might be a pinecone hanging in the pangolin family tree, while obviously a joke, makes the content sharable and will engage with a whole new kind of animal lover.

“We were very excited that the team from Leo Burnett approached us with this idea. Our supporters know that every animal life is precious, and we hope that this campaign will surprise the public and make them challenge their misconceptions about the value of unconventionally cute animals. We hope it opens more hearts to all animals.” Beth Sharpe, Communications Director, World Animal Protection Canada.

The Ugly animals (need your love too) campaign will run throughout August. And because this is a passion project for the team at Leo Burnett, all the creative work and most of the advertising space has been donated.

“We believed that changing perceptions with a lighthearted and humourous tone would help bring attention to all species. Sharing in the organization’s passion to protect all animals, we were thrilled to have the opportunity to shine a light on all of the wonderful work World Animal Protection does.” Danielle Iozzo, Group Account Director, Leo Burnett Toronto.

Make a donation to the Ugly animals campaign here.

Leo Burnett Canada is a Creative Consultancy, using the power of creativity in all its forms to solve our partners’ biggest challenges. A part of Leo Burnett Worldwide, which today operates a global network of over 200 operating units and 96 full-service advertising agencies in 85 countries and is a wholly owned subsidiary of the Publicis Groupe. 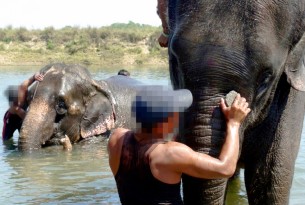 What seems like a harmless opportunity to interact with these majestic animals is hiding a lifetime of trauma for them.

5 reasons you shouldn't touch wild animals on your vacation 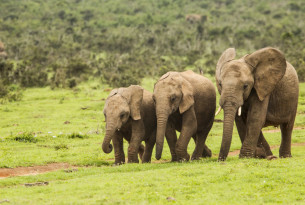 If you can touch, ride or feed a wild animal while on vacation, it’s most likely cruel.