India leads Asia with strategy to protect animals during disasters

April 17, 2013 – India is taking ground-breaking action to help safeguard the hundreds of thousands of animals and the millions of people who are affected each year by disasters.

95% of pigs are raised on factory farms where they can’t behave naturally.

Co-hosted by the National Disaster Management Authority (NDMA) and the World Animal Protection, the event brought together key officials from India and around the world to that when disasters strike, the survival of individuals, families and communities are inextricably linked to survival of their animals.

As one of the most disaster-prone countries in the world, India's emphasis on animal protection will not only prevent the suffering and loss of of vast numbers of animals in crises – like the current drought in the Maharashtra region of the country - but will also ultimately help reduce the annual billion dollar loss to India's economy due to disasters.

At the opening of the conference, India's Union Minister of Agriculture Hon'ble Sharad Pawar acknowledged the special place that animals hold for the people of India. He called for meaningful and practical solutions and complimented the joint role of World Animal Protection and NDMA in moving the animal disaster management roadmap forward in India.

The NDMA committed to its partnership with World Animal Protection, confirming that the two organizations will jointly deliver the next key steps of the roadmap, which include:

The roll-out of World Animal Protection's Veterinary Emergency Response Unit (VERU) model (as successfully implemented in other regions) to help increase the state's capacity to respond to animal needs in disasters.

This approach will help prepare communities to take action to protect their animals during crises in India, such as droughts and floods. Over 800 million Indians are dependent on agriculture and animal husbandry for survival, suggesting that without protection for animals, the long-term economic loss from disasters could grow exponentially in the months and years post-disaster, even after the physical damage is done.

Speaking today from New Delhi, World Animal Protection's Chief Executive Mike Baker says other nations now need to follow India's lead, as one billion of the worlds' poorest people rely on livestock and other animals for food, transport and livelihoods.

"Our collaboration with governments and global humanitarian organizations embodies a widely recognized principle: when a crisis hits, the survival of people and animals, and their eventual recovery, cannot be effectively answered in isolation.

"Planning for animals helps communities recover from disasters with less humanitarian aid and intervention required. By helping animals, we are sustainably safeguarding livelihoods, food security and ultimate resilience to disasters."

World Animal Protection has been protecting animals from disasters around the globe for nearly 50 years through its emergency interventions and by helping citizens and governments prepare with specialized training. 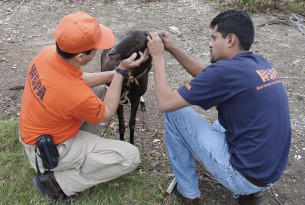 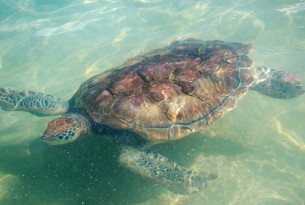 World Animal Protection will focus on a consumer-facing campaign to demand change at the CTF, after a self-proclaimed “independent” report from the farm failed...

On May 23rd 2013, we will be joining the Mexican Government in Geneva for the United Nations Disaster Risk Reduction conference to host an event to outline...