Illegal, unreported, and unregulated (IUU) fishing has many negative environmental, economic and social impacts, such as contributing to overfishing and affecting the sustainability of legal fisheries. It is also an important contributor to lost and abandoned fishing gear (‘ghost gear’).

Because it can’t be regulated by the law or influenced as easily by animal welfare organizations, the scale of its negative impact on sea life is large – and growing.

How ghost gear is harming animals

A staggering 640,000 tons of ghost gear is left in our oceans each year and it can take up to 600 years to decompose.

IUU is a contributing source of ghost gear – lost or abandoned fishing gear that turns oceans into death traps for sea animals.

Boats are more likely to dump fishing gear if their fishing activity is illegal. They often dispose of illegal fishing gear and equipment into the ocean to avoid being denied entry to ports.

Now it’s time for the most powerful navies in the world to play their part in helping to stop illegal fishing boats. We’re urging them to be part of the solution, and help end the awful effects of ghost gear.

There are four main ways fishing gear is lost or abandoned by boats fishing illegally: 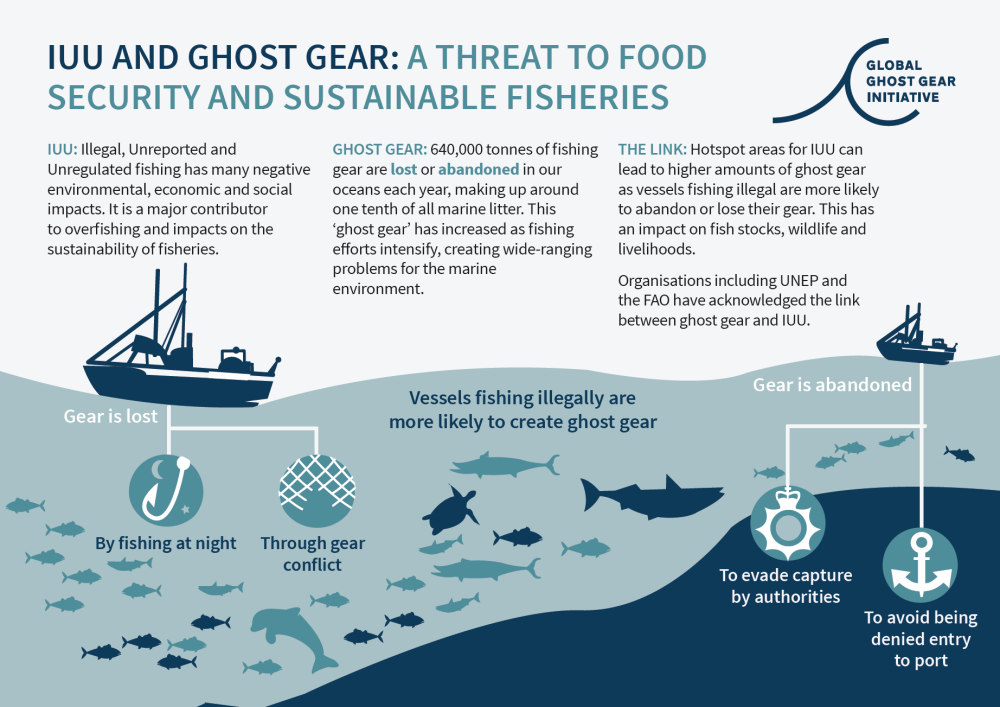 Both IUU and ghost gear pose a major threat to sustainable fisheries and food security.

Bad for communities too

IUU fishing also affects people all over the world. Communities are harmed as efforts to conserve and manage fish stocks are threatened whilst food security is put at risk. It causes both short and long-term social and economic losses for affected countries.

Through our Sea Change campaign, we are working to tackle the ghost gear problem and reduce the huge suffering it causes.

We do this by working collaboratively with governments, the seafood industry and other key stakeholders on a global scale to reduce the amount of fishing gear being left in the oceans, remove what is already there and support rescue initiatives to save animals already entangled. 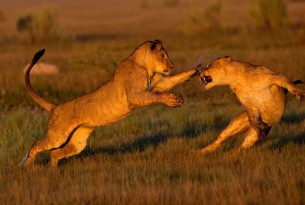 This is big: Together we’ve moved Instagram to help end cruel wildlife selfies 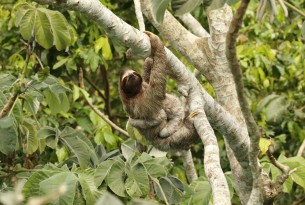 Our Wildlife Selfie Code campaign has successfully influenced one of the biggest social media sites to educate its users about how posting and sharing pictures...

Tips from a world-renowned wildlife photographer

In 2015, Dr. Don Gutoski, a Canadian from London, Ontario was named the Wildlife Photographer of the Year at the Natural History Museum in London, England for...