A new report released this week shows how 99 of the world’s largest food companies are focusing on the welfare of farm animals used in their products.

"What the 2016 BBFAW report shows us, is that companies are beginning to see farm animal welfare as a market opportunity not just as a risk to be managed"

The latest report from the Business Benchmark on Farm Animal Welfare (BBFAW) shows that while much work remains, there are signs of progress. And chickens may finally be getting the attention they deserve.

What a difference a year makes

Until recently, too many companies were begrudgingly tackling animal welfare, doing the minimum amount possible to avoid scrutiny.

Since the report was first published in 2012, we’ve seen a fundamental shift in the way that companies are managing and reporting on the welfare of farm animals. The report ranks companies – including McDonald’s, Mars and Starbucks – on their approach to farm animal welfare. It shows how they perform against competitors and companies in other sectors, and how they have improved, or not year-on-year.   Progress requires companies to talk the talk as well as walk the walk.

What the 2016 BBFAW report shows us, is that companies are beginning to see farm animal welfare as a market opportunity not just as a risk to be managed. What’s good for animals is increasingly seen as good for business.

Good for animals, good for business

Companies are moving up the ranking, and the tool has influenced investor decisions, which is great to see. Last year 18 investors with a combined worth of over one trillion pounds called upon lagging companies to improve their ranking in the Benchmark[1].

High-profile campaigns such as the cage-free eggs movement are also having an impact. As consumers learn more about the cruelty behind archaic farming systems which prevent animals from behaving naturally or any kind of decent life, they are demanding more humanely produced goods, which is changing what we buy on supermarket shelves.

The idea of a ‘humane economy’ is also gaining traction, with progressive companies seeing farm animal welfare in terms of the innovation that can be delivered. Whether used to create new products, tell better stories, or increase customer loyalty, farm animal welfare is becoming a competitive issue for companies.

The latest BBFAW report also highlights the increasing rate at which companies, particularly in the United States, are adopting policies to avoid the close confinement of animals, up from 72% in 2015 to 77% of companies in 2016.

A rapidly growing group of companies (many of whom are in the Benchmark) are getting their act together when it comes to the welfare of meat chickens. In recent months, Pret a Manger, Starbucks, Panera Bread, Compass Group and Aramark have all announced welfare-friendly commitments for chickens.

But we want to see more. Last year we launched a Change for Chickens campaign, setting our sights on the fast-food industry where little has been done to improve the welfare of chickens raised in intensively farmed factories.

Our ask is simple – we want chickens to grow more naturally, to have more space and light, and to have a varied living environment, which lets them explore, peck and perch.

The BBFAW ranking gives consumers some insight into brands which support good animal welfare. Others are less transparent. Take the owner of KFC, Pizza Hut and Taco Bell – Yum! Brands – which acknowledges farm animal welfare as a business issue but provides limited detail on exactly how it is implementing farm animal welfare in its business.

To strengthen the case for improving farm animal welfare we need to encourage consumers and more investors to champion the issue. We also need to encourage companies to improve their rankings in the Benchmark. In order to do this, companies need to demonstrate how their published policies are actually translating into actual, positive welfare impacts for animals. 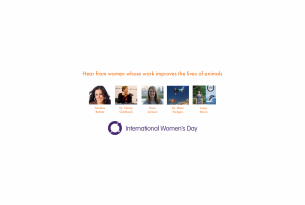 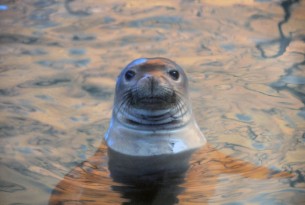 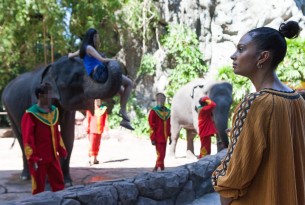