“Entangled” will launch at The Animal Museum’s grand opening on Saturday, December 3. The exhibit will run until February 17, 2017.

We are proud to partner with The Animal Museum, of Los Angeles, for the new exhibit “Entangled," which features original artwork and an exhibition of consumer goods made from marine debris. The exhibit is designed to raise public awareness of the devastating harm marine debris inflicts on marine wildlife and of innovative ways to recycle lost or discarded fishing gear, known as ghost gear.

“Entangled” will launch at The Animal Museum’s grand opening on Saturday, December 3. The exhibit will run until February 17, 2017 at the Museum, located at 421 Colyton Street, Los Angeles, CA 90013.

“Entangled” will feature an immersive video environment created by conceptual artist Ethan Turpin that will give visitors the sensation of inhabiting polluted seas. Standing in the depths of this space, people will be confronted with the ramifications of consumer packaging. Artwork and consumer goods made from marine debris will also be on display.

World Animal Protection is working to reduce the suffering caused by ghost gear through its Sea Change campaign. A staggering 640,000 tons of ghost fishing gear is left in our oceans each year, killing hundreds of thousands of seals, sea lions, and whales every year. Millions of turtles, fish, birds and other species are also injured and killed. And ghost gear also causes enormous financial loss for marine industries because of lost revenue and cleanup costs. World Animal Protection’s Sea Change campaign works to reduce the volume of ghost gear, remove it from the world’s oceans, and rescue entangled animals.

For more information on The Animal Museum and its hours of operation, visit http://theanimalmuseum.com/ 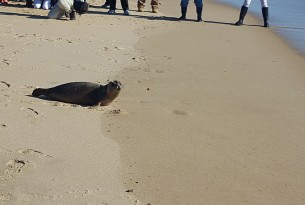 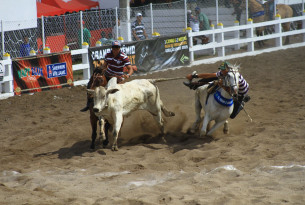 Tomorrow, Wednesday November 30, senators in Brazil will vote to allow some forms of animal abuse in the name of culture, including cruel ‘Vaquejada’ sport

After being rescued by our diligent partners at Marine Mammals of Maine (MMoME) and months of rehab, close monitoring, and care, three lucky seals have been...