Dogs and rabies: why some people are barking up the wrong tree | World Animal Protection Skip to main content
Français

Dogs and rabies: why some people are barking up the wrong tree

It’s no wonder that dogs are known as our ‘best friend’ - for centuries, they’ve been by our sides

Over 95% of all human rabies cases are caused by contact with rabid dogs. Dogs can’t vaccinate themselves, but people can make a big difference.

Dogs support us with companionship, home security, or working as a team on the fields, rounding up flocks. Their acute senses also mean that they’ve been trained to detect drugs at airports, and work is underway to see if they can even sniff out diseases such as cancer and malaria. With their little wet noses, adorable eyes and fluffy ears, it’s easy to see why they make the world a better place for people, and sometimes, they even save lives.

Dogs are everyday heroes. So why are our canine friends often mistreated? 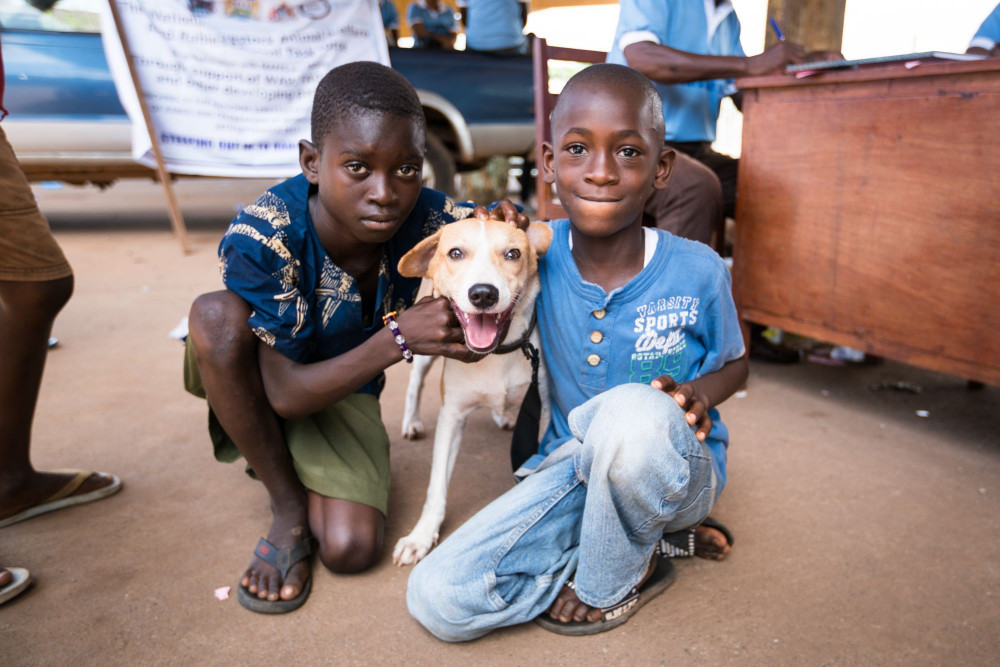 Barbaric dog fighting, being cooked alive for their meat, and being abandoned when they’re no longer wanted - these are some of the extreme acts of cruelty that these loyal companion animals endure. One of the big problems facing dogs today, certainly in countries where rabies is present, is the threat of being culled, as a misguided attempt to keep people safe from the disease.

Rabies is a disease that can be transmitted through the bite or scratch of an infected animal, which can be carried by dogs. If left untreated, the consequences can be fatal. But, it is preventable. Our teams not only work on the ground to vaccinate and neuter dogs, but we also educate and work with government bodies across the world to eliminate rabies via educating communities. We have vaccinated 1.6 million dogs since 2013, and are championing the United Against Rabies Collaboration’s ‘Zero by 30’ rabies elimination initiative. 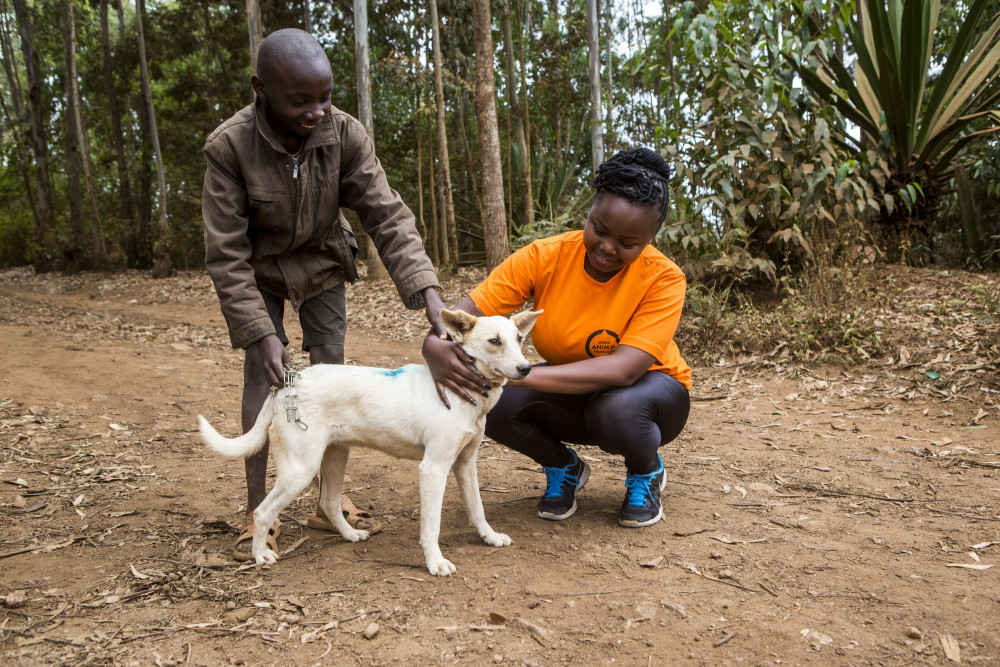 Perception: The most effective way to eliminate rabies is to cull dogs

Reality: Vaccinations are the most effective way to eliminate rabies

Millions of dogs around the world suffer horrendous cruelty in a bid to reduce their numbers. They’re dragged through the streets, electrocuted, poisoned or gassed – it’s a horrendous way to die, and not to mention, needless. Culling is often seen as a way to control populations of roaming dogs and minimise the risk of rabies. But this is only a misguided attempt to eliminate the disease.

Studies show that when you cull dogs in one area, a new pack of dogs will move in once the territory is available, and killing dogs undermines vaccination efforts where the turnover of dogs is high. In fact, there is no evidence that culling dogs alone has ever lead to a reduction in rabies. Mass vaccination of dogs will not just eliminate rabies – it will eliminate the fear of rabies and change the negative perception people have of dogs.

Perception: It’s just as effective to treat people that have been exposed to rabies instead of vaccinating dogs

By vaccinating dogs for rabies, the disease is stopped in its tracks, and that’s the safest solution. Rabies can be fatal, and if bitten by a rabid dog, it’ll be a race against the clock to find treatment. This is a problem for those not close to medical facilities, who cannot afford the treatment, or those who don’t realise that they’ve contracted the disease.

Over 95% of all human rabies cases are caused by contact with rabid dogs. Dogs can’t vaccinate themselves, but people can make a big difference to both the lives of dogs and people around them, by taking responsibility to stop them from being exposed to the disease. 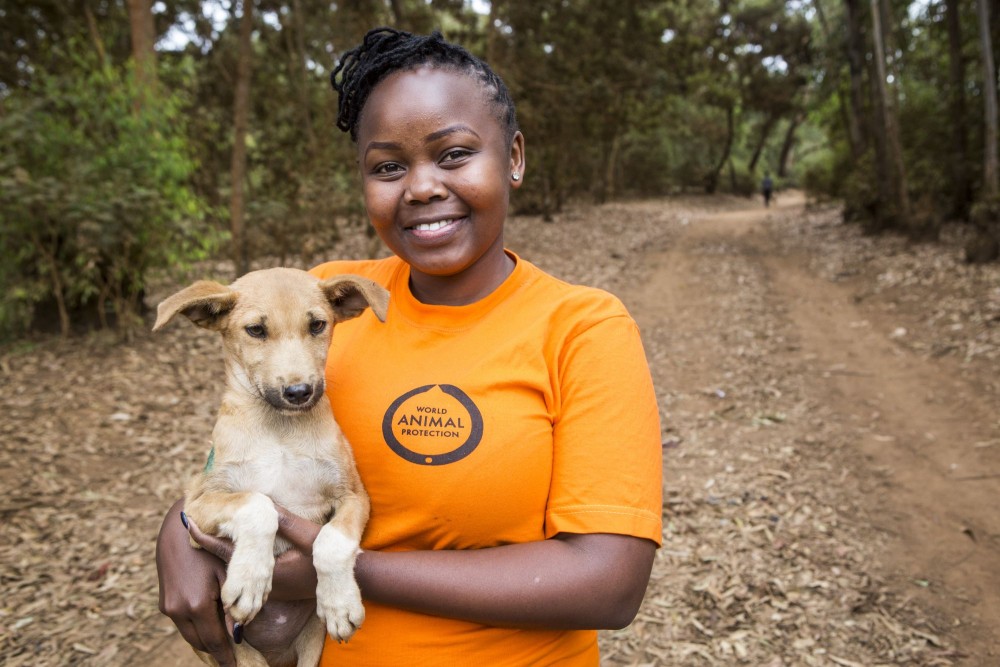 Perception: The most cost-effective way to reduce rabies is to treat people directly

Reality: It costs 26 times more to treat an infected person than it does to vaccinate a dog

The financial differences are staggering. When you look at the global average, it costs around $4USD ($5.35CAD) to vaccinate a dog against rabies, and this could be a dog that could transmit the disease to numerous people. But on the other hand, treating a person that’s been bitten by a rabid dog will cost $108USD ($240 CAD) on average – that’s 26 times as much in USD, and the cost is even higher in Asia - 30 times the price. Also, if just 10% of what is spent on post exposure treatment was spent on mass vaccination schemes, then rabies could be eliminated altogether. Caring for your dog and keeping them safe from rabies is a small price to pay; it will benefit both dogs and people. 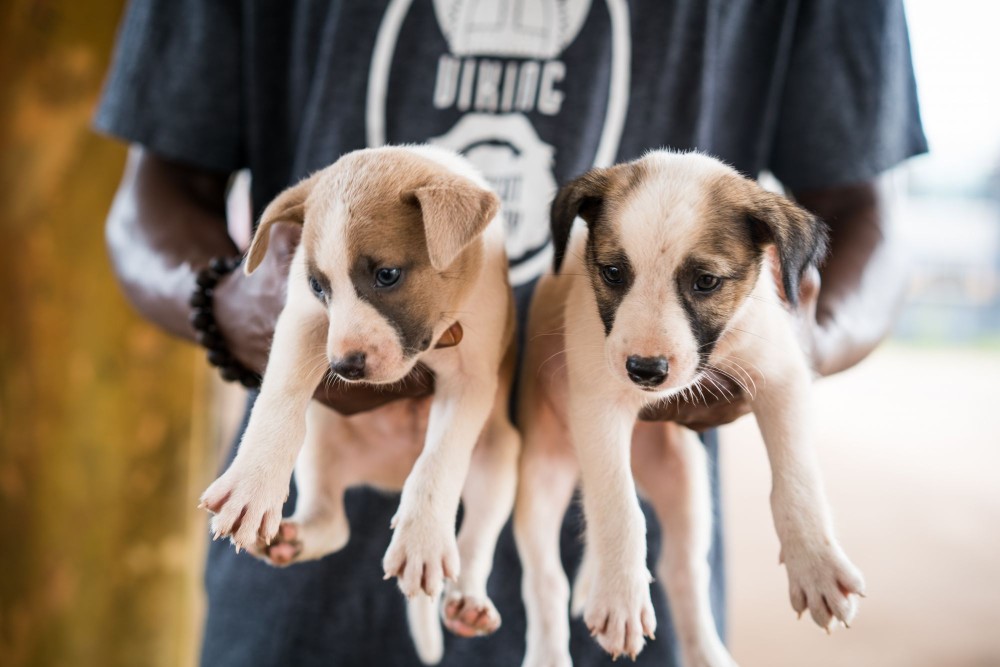 Perception: Governments are doing everything they can to eliminate rabies

Reality: Rabies needs to be a priority for governments in counties affected

There’s a clear opportunity to make sure that rabies programmes are being taught in schools in these countries. Rabies is a particular issue for children, with up to 60% of the victims being under the age of 15. There are simple messages that children can learn that could save their lives – washing the wound immediately and telling someone they need to see a doctor right away. 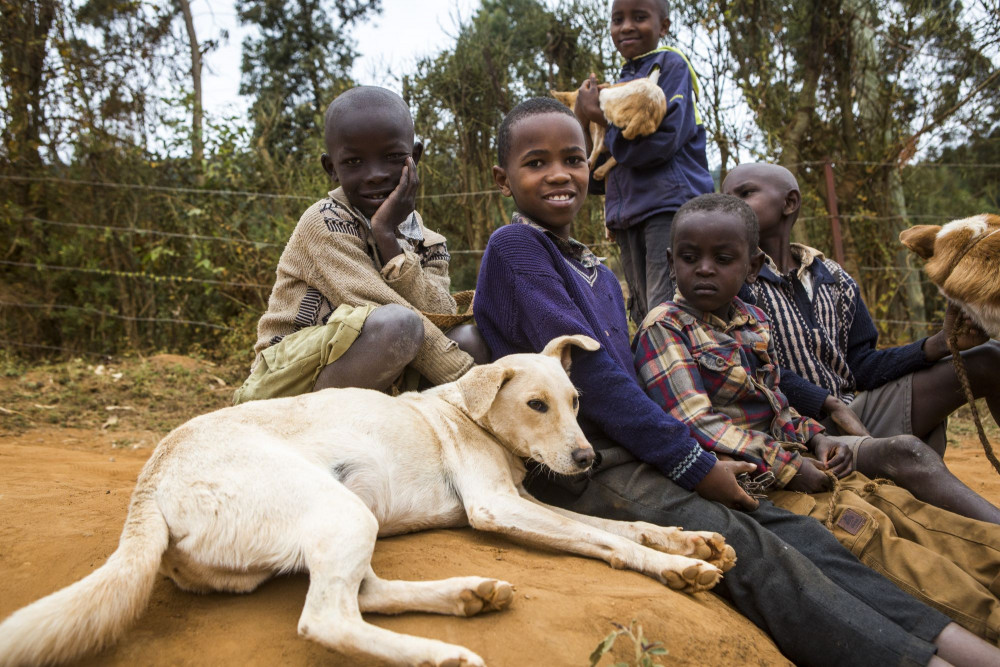 Perception: If you’re bitten by a dog with rabies, the best thing to do is to wash it and see if it will clear up in a few days

Although washing the wounded area with soap immediately and frequently could make a big difference, this alone won’t stop rabies becoming a serious issue. Once the disease has manifested itself past a certain point and symptoms become apparent, it is 100% fatal. The simple fact is, that there are absolutely no medical substitutes when it comes to rabies. If bitten, medical attention must be sought immediately. 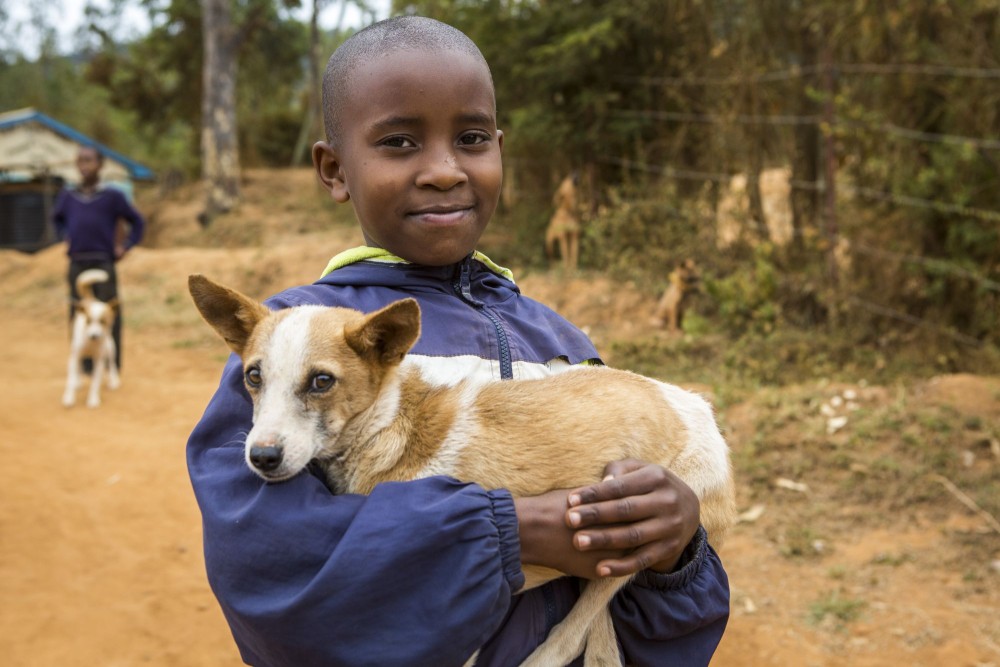 Perception: It’s easy to identify rabies in dogs – they’ll be foaming at the mouth and roaming, not a pet

Reality: Rabies can affect any dog, even pets

When they contract the disease, they pose a risk immediately, although on the surface, this might not be obvious. Using force or violence to defend yourself against roaming dogs will only aggravate them and make the situation worse, so be calm and kind. 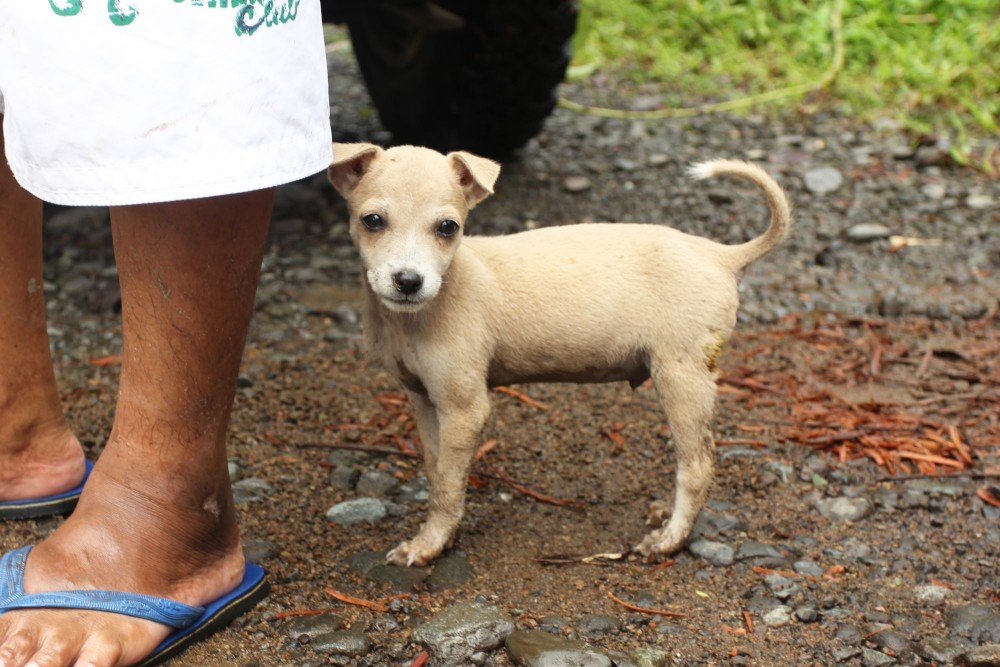 The only way to ensure that the dogs around you are risk-free, is to support vaccination schemes. In addition to this, getting either your pets or dogs around you sterilised and registered or microchipped will also help. Caring for the dogs around you in this way can help prevent the spread of disease, stop unwanted puppies which could lead to more roaming dogs, and make them identifiable as safe.

Click here to learn more about our Better Lives for Dogs campaign to protect dogs and people around the world from rabies.

Support our work to protect dogs

Dogs – like all animals – have a right to live without suffering. So we work with governments and communities to manage dog populations humanely. And we help people learn how to look after dogs responsibly. We do all of these things to stop millions of dogs being culled without reason every year – and to help communities and dogs live together healthily and without fear.

Please donate and help us give a better life to as many dogs as we can. 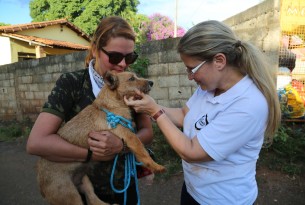 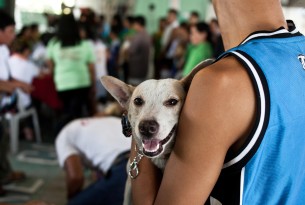 7 things you may not know about pigs 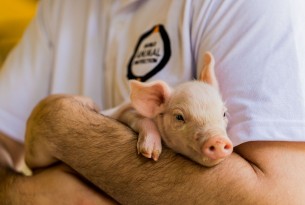 It’s snout a secret that pigs are clever animals...but how much do you really know about them?

Amazing moms from the animal kingdom 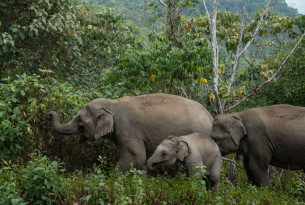 In celebration of Mother's Day, we’re highlighting and celebrating some other mothers from the animal kingdom