In conversation with Dr. Alix Wilson, exotic and avian vet

Dr. Alix Wilson is a veterinarian at The Centre for Avian & Exotic Medicine, New York City’s only animal hospital exclusively for exotic pets

"There are no guidelines for proper care for these birds in captivity. I see badly cared for birds every single day."

Dr. Wilson also works very closely with rehoming organisations to help tackle the problems she sees daily, providing treatment for birds who aren’t receiving the complex care they need. We interviewed her to get her expert insight on keeping parrots as pets. 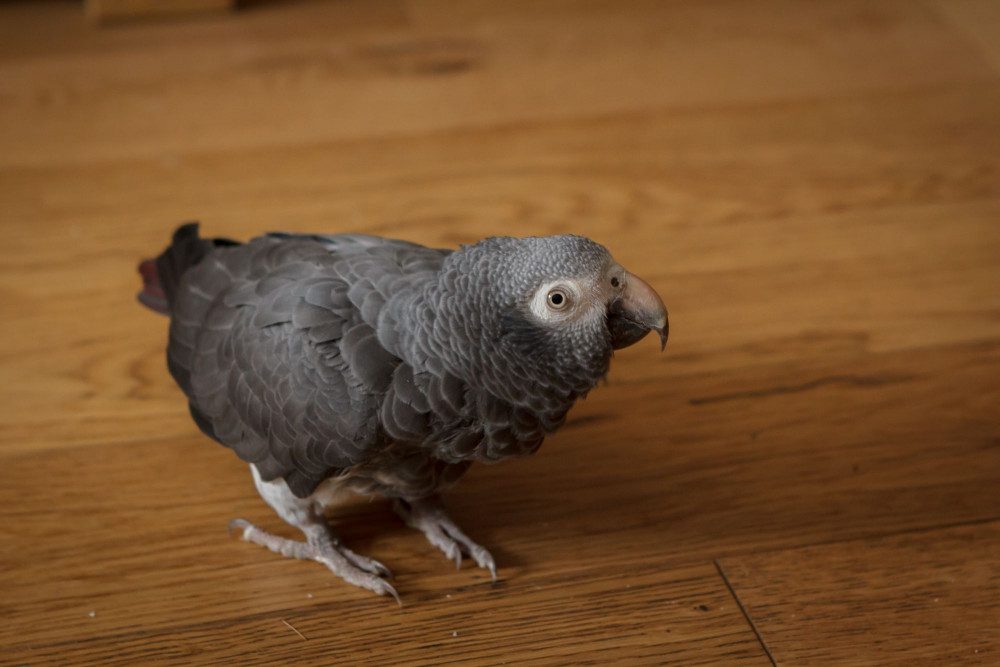 What is your experience treating captive bred parrots?

Most of the birds I see are captive bred. But in most cases, their parents or grandparents will have been wild-caught birds. So being just a generation or two away from wild birds, captive bred birds do retain the natural instincts of wild grey parrots. They’re still wild animals. Being born in captivity makes no difference to this.

Breeding in ‘parrot farms’ is big business. They reproduce very well in captivity, but it does come with a lot of problems. Not just for the physical health of the birds born in them, but their mental well-being too.

The birds I see from these ‘parrot mills’ are mostly physically healthy. But I’m very aware that the ones that come through our doors are the ones who have made it. If they survive the physical implications of being born in captivity and not properly cared for during the early crucial stage in their development, then they’re the stronger birds. Many birds will not survive captive breeding. But for me, the main impact of parrot mills on the birds is harder to see.

The mental impact is what is probably my main concern. These birds are not socialised. They have had no contact with their parents and very limited contact with the humans they imprint on. They haven’t had the opportunity to learn natural behaviours from their parents or receive any training from their human ‘carers’ before they are put up for sale. This has such a huge impact on their mental well-being and behaviour. And this species of bird, and most birds in general, can be quite difficult as they grow anyway. The impact of being born and raised in one of these facilities only exacerbates that. 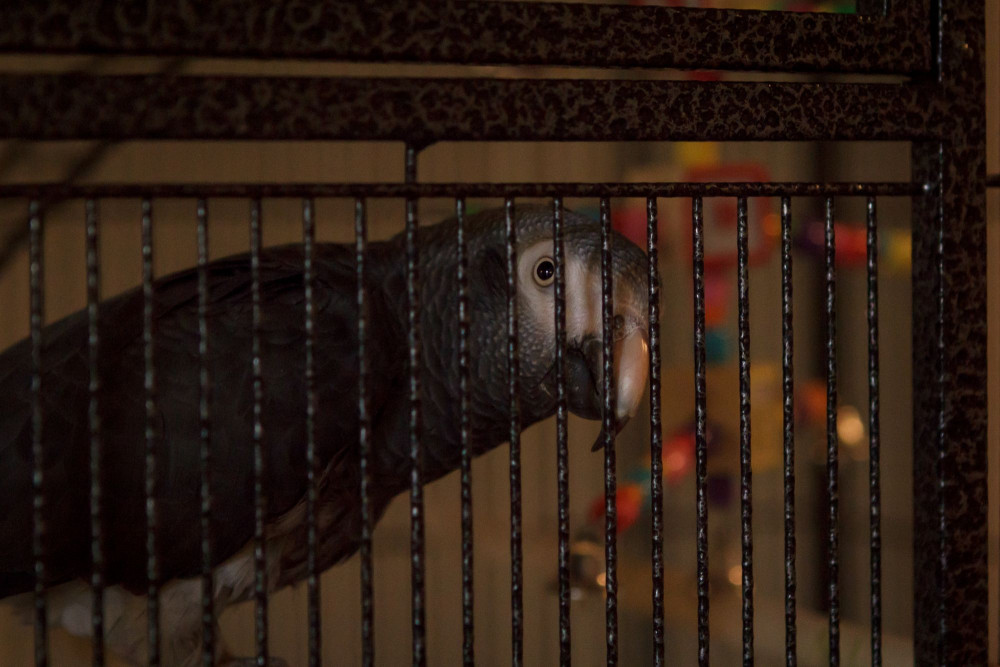 What sort of problems do you mean by this?

Well, let’s put it this way…I have worked with parrots for many years and I never trust a bird unless I know them very well. I’m mainly talking about aggression. Most birds become aggressive when they are around 1-2 years old. It’s just part of their natural development. And this is the stage where we see a lot of owners looking to rehome their birds, because they are just not aware of this and they don’t know how to manage it. But even when they grow out of this, they remain unpredictable. Especially when most owners haven’t been given the right information in how to properly train their birds. In fact, if I could use one word to describe the behaviour of grey parrots, and all parrots, it would be ‘unpredictable’. And maybe a little neurotic…

How do you know most of your parrots are captive bred?

The majority come in with bands around their feet which has details of where the bird has come from originally. However, not all birds come in with bands and that’s when it becomes difficult. They could be old – maybe over 40 – and have been imported when it was legal. Or they could come from a smaller breeder – maybe somebody who has a pair of birds who have mated, and they’ve adopted the chicks out. I suppose in some cases, they could be illegally imported. What’s important though is that I’m a vet – I’m here to look after the bird and make it better, whatever the circumstance.

But even with a band, it doesn’t mean their background is any easier to track. These birds live for such a long time. It’s incredibly common for them to be rehomed repeatedly during their lifetime. So, with a lot of them, we can never really know their background or what they’ve been through. And this must also be very distressing for the bird to be moved around. 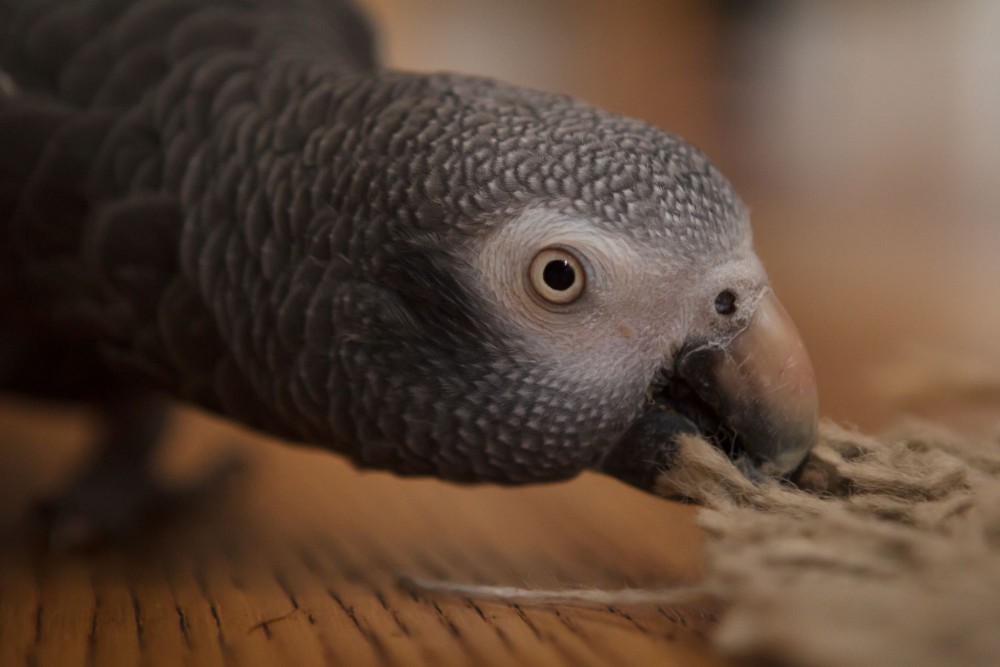 How common is it to see a grey parrot come in that isn’t cared for very well?

It’s a daily problem. The problem is, there are no guidelines for proper care for these birds in captivity. I see badly cared for birds every single day. And this is based on my own definition. Yes, we get the birds who have obviously been neglected and abused on purpose. Those signs are very clear. But every day I see birds whose owners love them dearly but aren’t taking proper care of them. They simply don’t know what they are taking on. And every day we are called by people who are wanting to rehome their birds.

Grey parrots need space. And lots of it. Because they need to fly. It’s so important for them. Obviously, in New York City, space is often a luxury! They need the right diet. Too often birds are coming in ill because their owners are feeding them food they simply aren’t built to eat. And they need constant stimulation. They’re highly intelligent, curious, social animals. If somebody can’t provide all of these things, I wouldn’t say the bird is well cared for. But that’s not to say it isn’t loved.

Tell us more about the rehoming work you do.

Here at the centre we work with shelters and take an active role in rehoming birds and adopting them out to suitable owners. But even then, the damage done to a bird by being kept in an unsuitable environment is sometimes too much. These are the cases that are actually the saddest to me. Where the bird has already been rehomed with a new owner who knows what they are doing. They try their hardest, they do the right thing, they feed the right diet and give the right amount of care and attention – but it’s too late. The bird is already too damaged. We see this a lot. 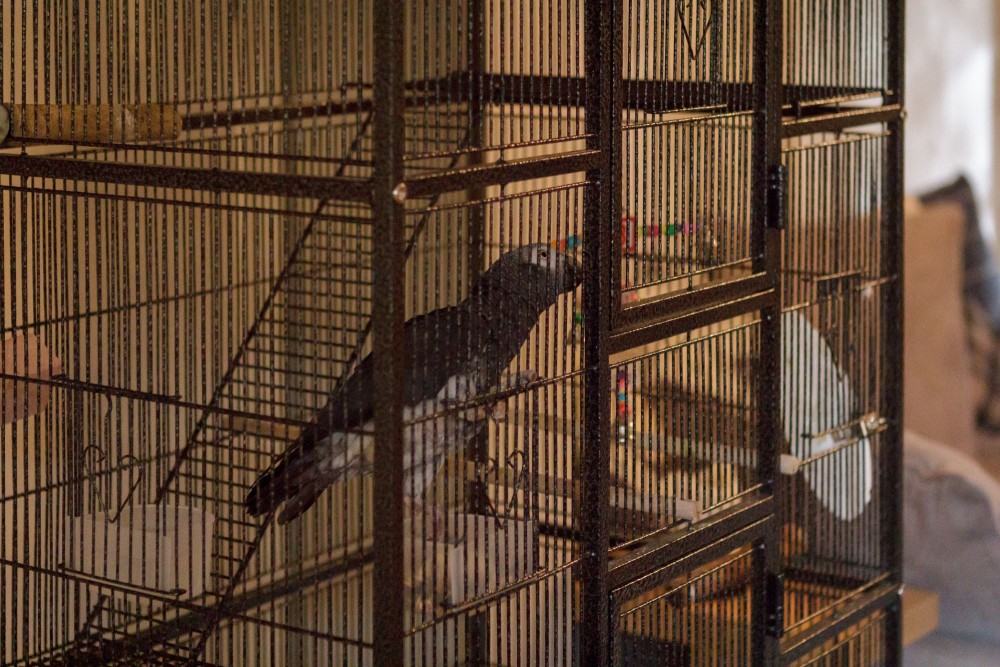 Do you think owners are to blame or the pet industry who sell the birds?

I don’t really blame the owners. I blame the industry. On the whole, people want the best for their pets. But the pet industry doesn’t give people the right information. Just the other day, I was with a lady who was having trouble with her bird. She thought it was lonely so decided to get it a friend. With lots of animals, this would be a good idea – but parrots, and the system they are born into, means they are complex creatures. This bird had obviously imprinted on a human and had no experience of living with another of its kind, so it couldn’t cope with this. It just exacerbated the problems she was having. And sadly, the new bird needed to be rehomed. It’s always the last option for people, but in a lot of cases it becomes the only option. With this case, I did actually say to the lady that these birds shouldn’t really be kept as pets. With the experience she’d had, she agreed with me. 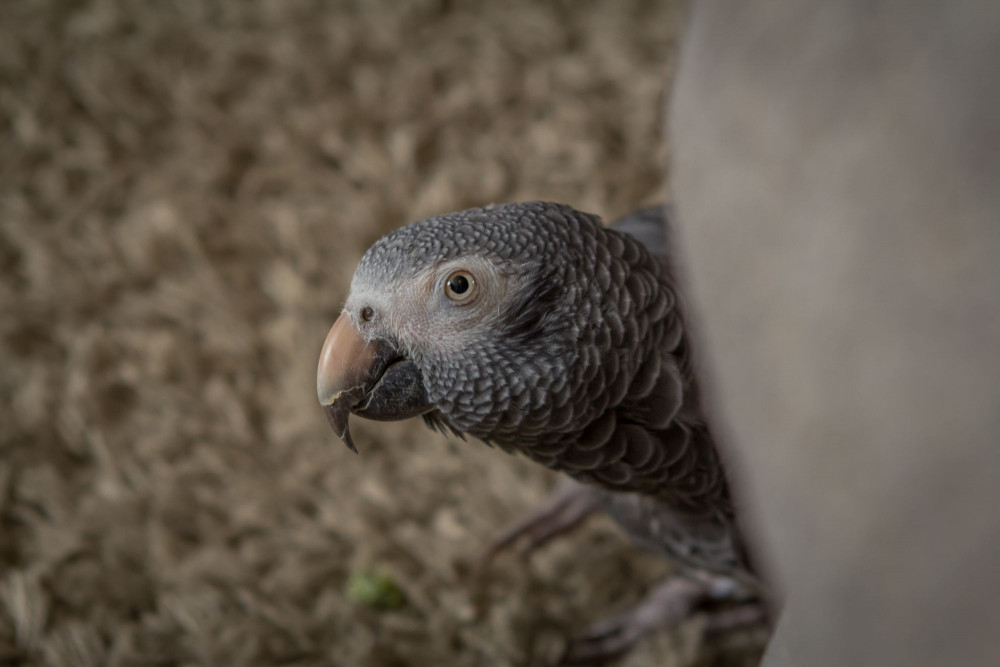 Seeing the problems with grey parrots that you see on a daily basis, what are your feelings about the pet industry selling these birds?

The pet industry is just out to get money. If you buy a parrot from a pet shop, you will be supporting ‘parrot mills’. And selling them here just allows them to be purchased on impulse, without people properly considering that this is a lifelong commitment. These stores don’t provide new owners with any type of information in how to care for them either – not really.

What would you say to somebody thinking of buying a grey parrot as a pet?

Don’t. Do not purchase one. If you see one in a shop for sale, or if somebody offers to sell you one – walk away.

Pledge not to buy or breed a wild animal as an exotic pet. 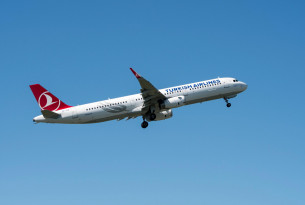 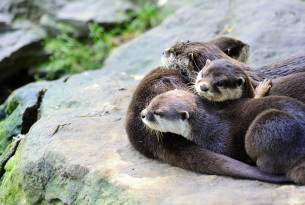 Many wild animals have complex social lives and bond with their brothers and sisters in amazing ways!

In conversation with Cass Koenen: Our success with Turkish Airlines

On March 7, we met with Turkish Cargo – a subsidiary of Turkish Airlines – to discuss our concerns with the illegal smuggling of African grey parrots out of...