World Animal Protection will focus on a consumer-facing campaign to demand change at the CTF, after a self-proclaimed “independent” report from the farm failed to be legitimate.

In response to the failure of the Cayman Turtle Farm (CTF) to agree to substantive partnership, the World Animal Protection has released a detailed and public statement to clearly identify why they will no longer attempt to work with the controversial tourist attraction to improve the welfare of more than 9,000 endangered sea turtles. World Animal Protection will focus on a consumer-facing campaign to demand change at the CTF, after a self-proclaimed “independent” report from the farm failed to be legitimate.

The report from the Cayman Turtle Farm was touted as a scientific study to support the CTF’s current practices. However, as outlined in detail in the document below, the report failed to disclose either its scientific methods or history of compensation between the scientists and the CTF, raising questions about the impartiality and depth of the study. Further, the study was scheduled, arranged and prepared by the Cayman Turtle Farm, and thus may not represent the conditions of the farm on any normal, given day.

World Animal Protection would like to note that the CTF’s report does indeed acknowledge some animal welfare issues and makes recommendations on how to correct them. However, the majority of the significant animal welfare and health concerns - including the risks to humans and turtles from being handled – have been downplayed; a disappointment as these concerns have been long acknowledged and accepted in the scientific and conservation communities.

Regardless of the Cayman Turtle Farm’s decision not to work with the animal-welfare organization, World Animal Protection will continue the Stop Sea Turtle Farming campaign. Says Elizabeth Hogan, US Campaigns Manager for Oceans and Wildlife, “World Animal Protection was looking forward to working with the Cayman Turtle Farm, especially given the year-plus we put into research and study before determining that changes needed to be made at the CTF. We were disappointed to see that their report was not scientifically legitimate, but will continue to do what is best for the endangered turtles suffering in their care.”

Whilst World Animal Protection offer to help the Farm transition to a rescue and release center remains on the table, efforts will now focus on contacting election candidates in the Cayman Islands to find out if they plan to continue subsidizing the Farm. Currently, the Cayman Government spends an average of $9.7 million each year to pay to keep the Farm afloat. According to local media reports, that works out to about $175 per year for each resident of the Cayman Islands.

We need your help

The Farms independent report raises more questions than answers. Contact the Farm on Facebook and Twitter and ask them what they plan to do to stop the turtles suffering.

Following public pressure from >180,000 individuals in >150 countries (World Animal Protection, 2012), World Animal Protection was encouraged to see that the Cayman Turtle Farm (CTF) responded to our animal welfare concerns by commissioning an ‘‘independent inspection’ to establish whether its operation was conducted in ‘a humane manner i.e. non-cruel manner’ (Balazs et al., 2013). However, following a thorough review of the resulting report, World Animal Protection has concluded that it cannot view this publication as an authoritative piece of work that is able to serve as the basis for ongoing constructive dialogue.

Firstly, World Animal Protection has significant concerns regarding the scientific and technical caliber of the report that was publically released by Balazs et al., (2013) following their three day inspection of the CTF in December 2012. WORLD ANIMAL PROTECTION acknowledges that the inspectors are recognized experts in the field of sea turtle biology and have a proven track record of publishing their research in peer reviewed format (CayCompass, 2012). It is therefore extremely surprising that their report lacks the level of detail required for the reader to confirm that the report’s findings represent an accurate and unbiased reflection of the CTF’s operation.

Specifically, the report provides a lack of information regarding the scientific methods utilized by the inspectors to gather or analyze any of the data during their visit. For example, with regards to slaughter practices employed at the CTF, the report simply states that the inspection panel ‘observed capture, movement and slaughter process with additional Q&A with production staff’ and concluded that ‘the slaughter was carried out humanely and hygienically’ (Balazs, 2013). No further details are provided regarding how the panel assessed this aspect of the CTF’s operation or what they actually observed. As such the reader is unable to review the situation and confirm that the slaughter process does not represent a threat to animal welfare or human health.

Further to this, with insufficient data to prove otherwise, World Animal Protection remains concerned that the recommendations provided within the report do not represent a truly unbiased opinion. Several of the inspectors have had prior (and perhaps ongoing) formal research collaborations with CTF staff. Indeed, several of them have published peer reviewed scientific papers and technical reports that have endorsed the CTF and its operating model (e.g. Godley, 2002; Bell et al., 2005; CTF, 2012). As such, World Animal Protection is concerned that their findings, and perhaps more importantly their following recommendations, may be influenced by personal/professional relationships and/or concerns regarding their own professional reputation.

Related to this point, World Animal Protection holds concerns regarding the manner in which the ‘independent assessment’ arranged and executed. To clarify the inspection was conducted by a panel of individuals and at a time and date selected by the CTF itself. As a result, it must be acknowledged that the CTF was not only able to facilitate a more favorable assessment than it may otherwise have received but also had the time to ensure that operating standards were at their optimum during the inspection period. As such, World Animal Protection feels that the independent nature of the inspection, subsequent report and recommendations within can be legitimately called into question.

That being said, World Animal Protection acknowledges that the report confirms many of our animal welfare concerns (e.g. disease, injuries and mortality rates) are genuine and represent continuing areas of concern (Balazs, 2013).  However, there are several key findings that contradict evidence collated via our own ongoing in-depth investigation into the CTF and its operating methods. To be specific, World Animal Protection challenges the following statements made in the report: (1) that there are ‘no significant issues of concern in the public facing aspect of the operation’; (2) that the ‘handling of animals by guest represents no area of concern for both animals and guests’; and (3) that there is ‘strong evidence for the positive conservation impact of the CTF’ (Balazs et al., 2013).

To further expand on these points, World Animal Protection staff visited the CTF in January 2013 and obtained photographic evidence of animal health and welfare concerns such as inadequate captive conditions, stereotypic behaviors, injuries and disease in the public facing area of its operation. With regards to handling of animals, it is well documented that wild reptiles demonstrate a physiological response to this stressful stimuli which can prove ultimately harmful (Warwick et al., 2004). Furthermore, a recent peer reviewed scientific paper documents the human health threats posed by the CTF (Warwick et al., 2013). Lastly in terms of conservation impact the existing literature clearly indicates that the true impact of the CTF on wild populations should be considered extremely limited, un-assessed and undetermined at best (Bell et al., 2005).

In addition, World Animal Protection is also extremely concerned regarding many of the recommendations provided within the report which focus on ‘developing a set of short and long term goals to rectify existing issues’ (Balazs et al., 2013). World Animal Protection encourages any initiatives that will improve the immediate animal welfare problems documented at the CTF. However, it is clear that these recommendations (e.g. management action to minimize morbidity and mortality) represent actions aimed at addressing the symptoms of the problem i.e. the health of the animals) rather than addressing the root causes (i.e. the conditions compromising their welfare). As such, World Animal Protection is concerned that despite the CTF’s best efforts severe animal welfare concerns will remain an ongoing major issue at the facility.

Lastly, as originally feared, the recommendations provided within the report are fundamentally flawed as they are based on the false assumption that the green sea turtles housed at the CTF represent domesticated animals (Cayman Turtle Farm, 2013). In reality there is no proof that there has a change in their phenotypical expression or genotype that enables them to cope better in intensive captive conditions than their wild counterparts (Driscoll et al., 2009). Consequently, World Animal Protection believes that the green turtles within the CTF should be considered as wild animals and that the CTF cannot be ‘directly compared with standards of practice that would apply to a comparable intensive livestock production facility in the UK or the USA’ (Balazs et al., 2013).

In summary, following a thorough review of the resulting report produced by Balazs et al., (2013), World Animal Protection is concerned that the ‘independent assessment’ does not represent an accurate and unbiased reflection of the CTF’s current operation. In addition, World Animal Protection has evidence which contradicts some of the main findings presented in this report and believes that the recommendations provided therein represent actions aimed at addressing symptoms rather than the root causes of the welfare problems within the CTF. Furthermore, World Animal Protectionbelieves that the recommendations provided by the inspection panel in this report are fundamentally flawed as the fail to recognize that the green turtles within the CTF are wild animals that cannot be compared with other types of domestic livestock. Based on these concerns World Animal Protection has concluded that it cannot view this publication as an authoritative piece of work that is able to serve as the basis for ongoing constructive dialogue. 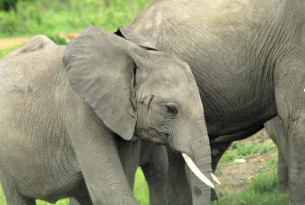 India leads Asia with strategy to protect animals during disasters 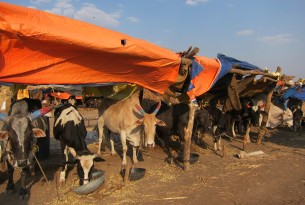 April 17, 2013 – India is taking ground-breaking action to help safeguard the hundreds of thousands of animals and the millions of people who are affected each...