Despite the overwhelming amount of evidence demonstrating animal agriculture as a significant source of GHG emissions, the government has failed acknowledge this by calling on Canadians to change our diets.

The Government of Canada has a huge opportunity and an important role to play in supporting Canadians to adopt more planet-friendly diets.

The Canada Food Guide is great example of how they can do this. The latest edition of the guide promotes a more plant-based diet and acknowledges animal agriculture as a major source of GHG emissions. Promoting the Canada Food Guide is an easy action the government can take to help Canadians transition to towards sustainable eating.

The impacts of meat consumption and animal agriculture on our climate are why World Animal Protection launched its Plan Meatless Better campaign this summer.

Canadians can go to planbetter.ca to answer a few questions about their eating habits and receive a personalized and customized plan and set of recipes tailored to their preferences.

Experts predict that without urgent and drastic shifts in global meat consumption, agriculture will consume the entire world’s carbon budget necessary for keeping global temperature rises under 2°C by 2050.

Moving Canada to a low meat consumption model for animals, the planet and your health

Currently, meat and other animal products make up a huge 57% of the Canadian plate. All the fruit, vegetables, grains and legumes (including meat replacements) we eat, account for the rest. Assuming most meals currently include some form of animal products, here is what a week of dinners could look like, in the three scenarios by 2050. 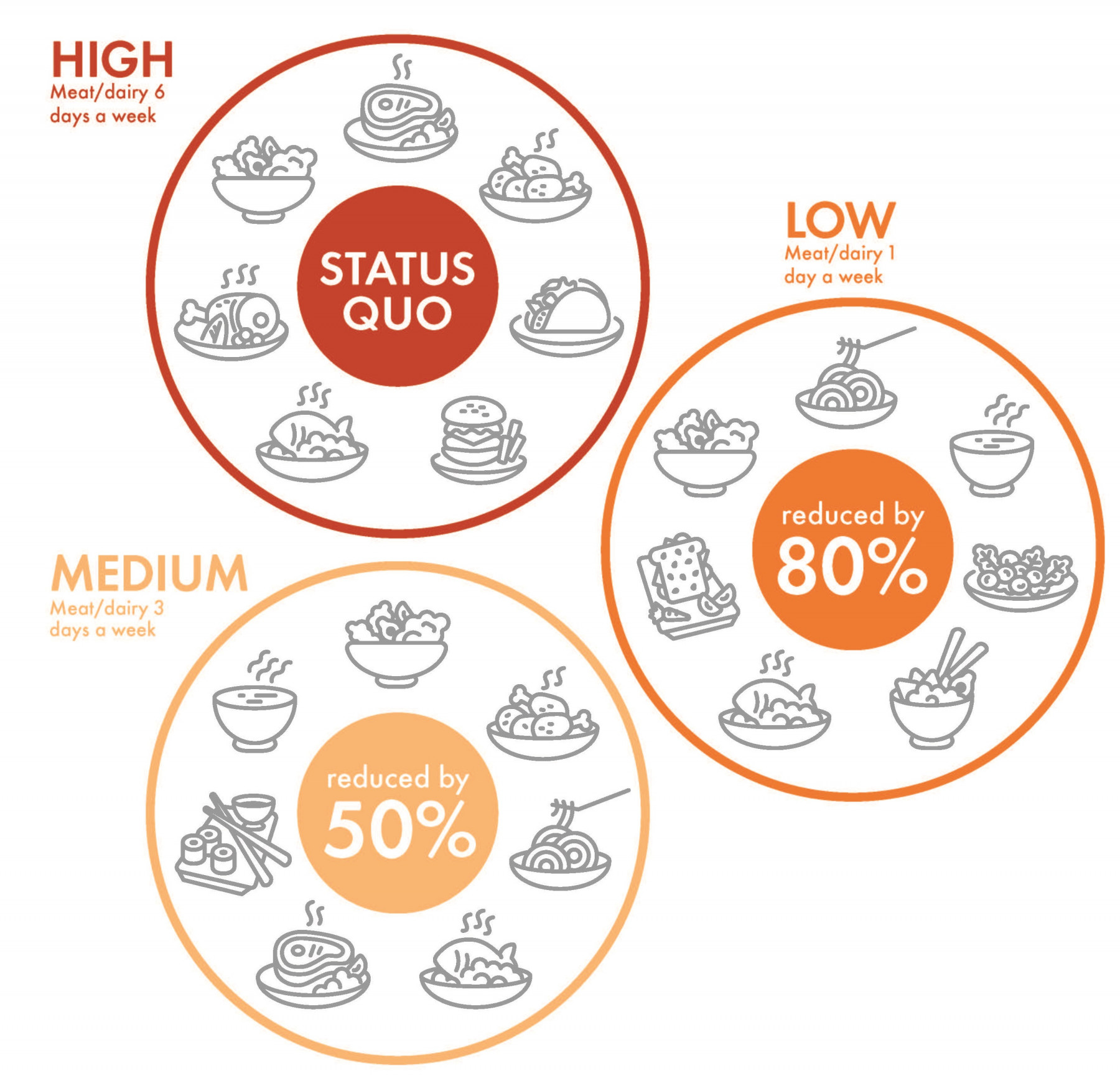 World Animal Protection’s Animal-sourced food consumption and Canada’s emissions targets report uses a customized version of Navius Research’s existing energy economy model, gTech, which simulates the effects of energy and climate policy on technology adoption, energy use, GHG emissions and the economy.  The model was used to explore the impacts of shifting consumer food consumption patterns and their impacts on Canada’s climate goals.

You can be part of creating humane, sustainable solutions by donating to help stop animal cruelty and suffering today.

Our ambassador and eco-journalist, Candice Batista, was on Breakfast Television last week to talk about our recent report’s findings on the impact of eating meat, its effect on climate change and how people can introduce and plan a plant-based diet in their meals with our Plan Meatless Better campaign. Watch the clip. Over the past few days, one captive orca has died and another was attacked by a tank-mate at SeaWorld San Diego.