"We call on the authorities to provide the best possible care for these victims of the illegal wildlife trade."

Smugglers were attempting to transport the pangolins from Myanmar to China, via Thailand. But they were intercepted and seized by the Thai Army (Black Rangers).

This is the one of the biggest ever seizures of live pangolins in Thailand - which together have an estimated value of 3 million Thai Baht (USD 92,173).

Pangolins are sought after in China because of their scales, which are believed to have strong medical benefits in traditional Chinese medicine.

However, there is no medical evidence to support these beliefs. Today, tens of thousands of pangolins are cruelly poached in the wild and traded illegally.

We work with the Thai government to improve welfare conditions for wild animals that are seized in crackdowns against the illegal wildlife trade like this one.

Our Investigation Team also helps enforcement agencies and other partners to identify and prevent illegal activity that impacts animals.

Am Last, our Thailand Country Director, says: "Pangolins belong in the wild, not in medicine. The trade in these amazing animals is a serious threat to their survival.

"We highly commend all Thai authorities involved in successfully intercepting one of the biggest illegal shipments of live pangolins in Thailand. Actions like these help to curb such a cruel trade.

"We work to keep wild animals in the wild where they belong and support a comprehensive project to improve the confiscated wild animal keeping skills of the Department of National Parks.

"We call on the authorities to provide the best possible care for these victims of the illegal wildlife trade."

The rescued pangolins are currently being cared for and rehabilitated at two wildlife centres in Thailand, with the eventual goal of being released back to the wild.

Find out more about our work to protect wild animals.

Image: One of the rescued pangolins at a wildlife centre in Thailand 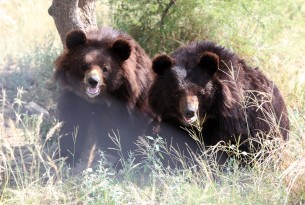 Malawi flooding brings threat of disease to animals and communities 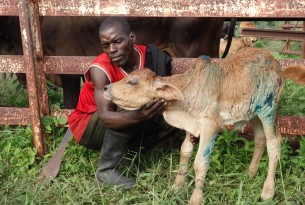 In Chikwawa, Malawi, where communities have been devastated by heavy rain, we're supplying medication and vet treatment to over a hundred thousand animals.

We welcome a new law in the Sindh province of Pakistan which bans the use of bears for entertainment.