Beyond wet markets: the many problems with wildlife trade

The COVID-19 pandemic is believed to have originated in a “wet market” where wild animals were being sold. But the pandemic is the result of a much bigger system that allows and encourages wild animals to be treated as commodities for the sake of profit.

With the coronavirus pandemic affecting lives around the world, the global community is aware of the risks of wildlife trade now more than ever.

75% of new or emerging infectious diseases affecting human health are zoonotic (originated from animals) and principally from wildlife.

However, the problem is far bigger than markets in Asia. The pandemic is a symptom of a global trade (both legal and illegal) that is inherently cruel and dangerous. To meet consumer demand, millions of animals are exploited every day as part of the multi-billion-dollar global wildlife trade.

The global trade of live, wild animals to be kept as "exotic pets", such as ball pythons, Indian star tortoises, and even primates like squirrel monkeys and capuchins, is happening on an industrial scale.

According to data from the CITES trade database, thousands of species of wild animals are traded globally every year - for food, for products, for traditional medicine, for entertainment, and for pets - all within the limits of the law:

The “exotic pet” trade is a major driver behind this exploitative business.

Exotic pets are often taken from the wild or intensively captive-bred in conditions that risk their psychological and physical wellbeing. The methods used to snatch these animals from their natural habitats are often extremely distressing for animals and can cause injury and even death. The animals that survive can face long and perilous journeys – often crammed into tiny containers without basic access to food or water.

Captive breeding is often claimed to help with conservation by preventing capture of animals from the wild. But by sustaining demand for exotic pets, this in turn encourages animals to be taken from the wild. Regardless of how they are sourced, ‘exotic’ animals are wild and retain their wild instincts - their full range of needs which can never be met in people’s homes.

Animals such as elephants, tigers, whales and dolphins suffer at venues across the world in the name of entertainment.

Behind closed doors, animals may be subject to other cruel training methods. They are used for circus-style tricks, rides or as a prop for ‘selfies’ to meet the demand from tourists around the world.

In venues across the world, thousands of wild animals are imprisoned:

The traditional medicine industry is worth an estimated 60 billion US dollars a year, spanning across 180 countries.

Despite CITES regulation barring or restricting the commercial trade of some species, animals such as bears, rhinos, elephants and tigers are being poached for use in Traditional Medicine at an alarming rate. Many species have been pushed to the brink of extinction, including pangolins - the most traded and poached mammal in the world. If nothing changes, these animals could disappear forever.

Commercial wild animal ‘farms’ have emerged around the world to meet the demand for products containing wild animals. Not only are they inherently cruel, but they are also unnecessary. The scientific evidence of the efficacy of treatments derived from animal products is not only lacking, but plant-based alternatives are available.

Animals in wildlife farms suffer throughout their lives. They can develop infections, diseases and acute psychological distress from the torturous routine and terrible conditions they are kept in.

You can help end this cruelty

The wildlife trade is a global problem that requires a global solution. We are calling on the Canadian government to champion a global wildlife trade ban at the G20 meeting of world leaders in November to help prevent the next pandemic. Sign the petition now: 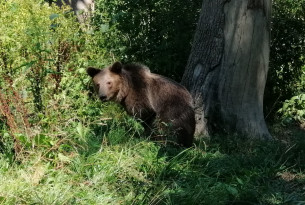 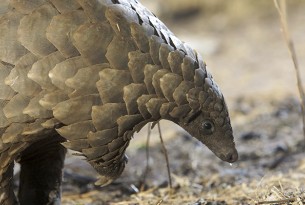