Our ground-breaking report into the Ball python trade sounds the alarm over the animal welfare crisis faced by Africa’s most legally traded live animal.

Right now, an estimated 28,000 Ball pythons are kept as exotic pets across Canada, and we’re considered one of the main importers globally.

Read the full report: Suffering in silence: Uncovering the cruelty of the global trade in Ball pythons

Over 45 years, more than 3 million Ball pythons have been exported from Benin, Ghana and Togo –and many face a lifetime of suffering as exotic pets. Our report reveals:

These findings are featured in our new documentary that exposes the severe animal welfare concerns at every step of the global trade.

Ball pythons are a popular exotic pet in Canada and often marketed as a ‘starter’ pet. Right now, an estimated 28,000 Ball pythons are kept as exotic pets across Canada, we’re considered one of the main importers globally. According to the Convention on International Trade in Endangered Species of Wild Fauna and Flora (CITES) trade database, Canada has imported over 78,000 Ball pythons in the past two decades, which makes up about 14% of all CITES-listed reptiles imported during that period.[1]

But people don’t know the terrible journey for Ball pythons sold into the exotic pet trade.

The trade of Ball pythons as exotic pets is a massive global market that has impacted millions of animals over the last several decades. These misunderstood animals suffer from the moment of capture or being born at a breeding facility, through to a life of captivity.

Ball pythons are amazing but have complex behaviours and needs

Ball pythons, also known as Royal pythons, are native to East and West Africa. They are nocturnal animals, sheltering in burrows during the day. At night, they will become active, leaving their burrows for the search of food or a mate.

While usually staying on the ground, Ball pythons are surprisingly agile climbers and can at times be found in trees [2]. Like most snakes, they are ambush predators, which means they position themselves in a strategically camouflaged location where a predator is expected to come by. When this happens, they attack with a quick launch and coil themselves around the prey animal until the animal succumbs. The sit-and-wait strategy causes the misconception that Ball pythons do not move often and therefore do not require large enclosures when in captivity.

Another natural behaviour that causes this animal to become popular in the exotic pet industry is their tendency to curl up in a ball (hence Ball python) when feeling threatened or stressed, rather than actively defending themselves, like other snakes might do. This natural behaviour, which helps them survive in the wild has been remarketed by the exotic pet industry, labelling these animals as ‘docile’ and making them subject to exploitation.

Why have we decided to focus on Ball pythons?

Reptiles, including Ball pythons, are sentient wild animals. They feel pleasure, distress, excitement, fear and pain. Despite this, they are often kept in small, minimalistic enclosures where they can’t perform basic natural behaviours, like stretch to their full body length.

Ball pythons have an innate need to perform natural behaviours like forage, mate and avoid predators, including us; captivity limits this ability.

There is a popular misconception that these animals are domesticated – they are not.

A domesticated species is a group of animals that has undergone a process of genetic alteration through many generations of selective breeding by people over thousands of years, to accentuate particular, desired traits. Generally speaking, domestication involves changes in both appearance and behaviour, which sets them apart from their wild counterparts. Some captive-bred Ball pythons might look different from their wild counterparts, but they still have the same biological and behavioural traits.

Why is the Ball python so misunderstood?

Ball pythons, like all reptiles, express emotions very differently than humans. This is why it is particularly difficult to recognize the signs of stress, illness or suffering.

Over the years, the misunderstanding of Ball python behaviour has resulted in the misperception that Ball pythons do not have specialized welfare needs and can thrive in restrictive environments that lack adequate stimulation. Ball pythons are wild animals, with complex behavioural, environmental, and psychological needs. Captivity limits the expression of their full range of natural behaviours and puts their well-being and health at risk.

Read the full report “Suffering in silence: Uncovering the cruelty of the global trade in Ball pythons”.

Watch our channels for more content that will shine a light on the trade of wild and captive bred Ball pythons, and share this page to raise awareness about the plight of Ball pythons. 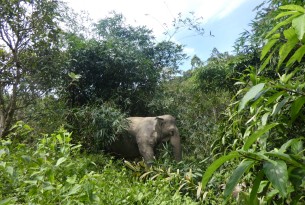 Animals move our world. We’re sharing our happiest success stories of 2020 so far...

Bear bile is not the treatment for coronavirus 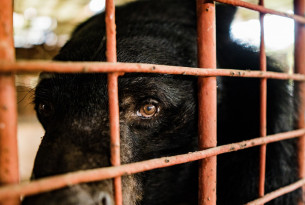