Betty, estimated to be around 25 years old, was recently rescued from a zoo in Râmnicu Vâlcea, in the south of Romania, where she was being kept in a storage area approximately six square metres in size.

The zoo had recently improved some of their animal enclosures, partly at the encouragement of our partners Asociatia Milioane De Prieteni (AMP); until then Betty had been on display in a small cage. But the newly-built zoo enclosure, at 600 square feet, was still not big enough to meet legal and animal welfare standards for the five bears at the zoo, and to prevent fighting amongst the three female and two male bears, Betty – the eldest of the bears - was moved into the storage area.

AMP’s bear sanctuary staff acted quickly to take Betty to the Zarnesti sanctuary, but also persuaded the zoo manager to allow their vet to sterilize the remaining male bears. This is to ensure, that no new bears are born into these captive conditions in the future, despite the zoo continuing to improve standards.

Upon entering the expansive final enclosure at the World Animal Protection-funded sanctuary, Betty hesitated briefly, but soon disappeared into the bushes after being greeted by another elderly bear called Monica. We are sure that she will enjoy exploring the 10,000 square metres of forested freedom she now shares with her fellow rescued bears. 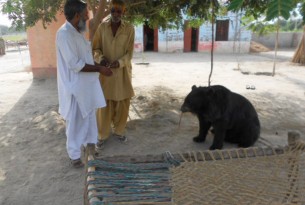 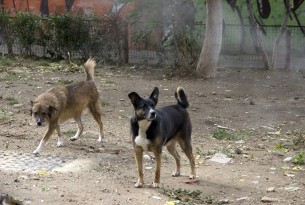 World Animal Protection was deeply sorry to hear the tragic story of a four-year-old boy who was attacked and killed by stray dogs in Romania at the end of... 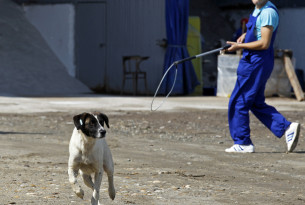 Today, we regretfully heard news that the Romanian Constitutional Court is upholding the “stray-killing” law, consigning thousands of stray dogs to death after...