After Cyclone Pam devastation, we are headed to Vanuatu to help animals | World Animal Protection Skip to main content
Français

After Cyclone Pam devastation, we are headed to Vanuatu to help animals

Our disaster response team is on its way to help animals in need in Vanuatu after Cyclone Pam, one of the biggest storms to ever hit the island, swept through late last week.

Reports have emerged from Vanuatu over the weekend, describing the devastating impacts Cyclone Pam has had on the South Pacific Ocean island nation. Initial communication from the island has suggested that the country’s subsistence agricultural sector has suffered unthinkable damage, leaving many livestock killed or injured and vulnerable.

Storms on the scale of Cyclone Pam, registered a Category 5 – the highest category of tropical cyclone, typically leave animals in severe distress and in need of veterinary care. Of those left alive, many will be displaced, injured and at serious risk of disease and infection over the coming weeks. Currently we are aware of severe food shortages impacting pigs and other livestock on the islands.

Our disaster response team will be arriving in Vanuatu later this week to deliver emergency care to animals in urgent need and assess the longer term support needed to minimize animal suffering in the wake of the storm.

Our work will complement the humanitarian relief by protecting animals as both people's companions and main source of livelihoods.

"In a disaster of this magnitude, we anticipate animals will have a range of needs such as emergency veterinary care, emergency feed, shelter - what you normally see in severe wind and water disasters. We're on the way now to help where the animal need is greatest and will update you from Vanuatu"

Preparing for the worst

Last year we were in Vanuatu following Cyclone Lusi. Despite Lusi recording as a much weaker storm, it caused terrible devastation. We saw that a major problem for animals on the islands was access to veterinary care.

Thanks to your support, we provided veterinary kits to each of the six provinces in Vanuatu. Our aim was to improve Vanuatu's ability to help animals in future disasters, and Cyclone Pam will be the first time that is put to the test.

Last week we were also able to reach out to local media in Vanuatu to deliver public service announcements to communities, ensuring they had the information they needed to protect their animals as best as they could before the storm struck.

Preparing for the worst and reducing the risks that disasters pose to animals can significantly improve the recovery of communities affected.

“Animals are important to the people in Vanuatu like everywhere else. They love their pets and more than most places, depend on livestock for transportation, economic and food security. We are focused helping animals with urgent needs as well as protect entire communities.”

Learn more about our disaster response and preparation work around the world. 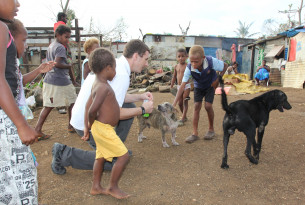 With your help, the Sochi Bears have been moved to a temporary shelter 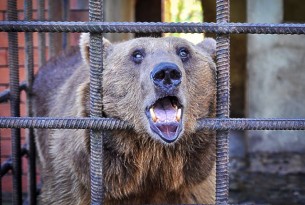 After 130,000 people signed our petition, the Sochi bears were removed from a restaurant in Sochi, Russia.

My Job on a Factory Farm 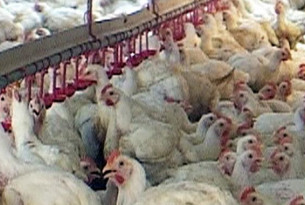 I’ve worked on an industrialized chicken farm and have firsthand experience of what goes on in such a typically unhealthy environment. When I was 18, prior to...