By Meganne Natale, Marketing and Communications Assistant in our US office

Factory farming, or “intensive animal farming”, is the modern system in which animals are most often raised for food in Canada and around the world. Of the 70+ billion animals farmed annually, 50 billion of them spend their lives on factory farms. These intelligent and sentient animals endure great depths of pain and suffering so that corporations may maximize their profits and continuously produce more and more meat and dairy. However, farmed animals aren’t the only animals who suffer under this cruel system.

When excess groundwater from storms and melting snow passes through factory farmland, it carries with it farmed animal manure and fertilizers, which then trickle into our oceans through lakes and streams.

Additionally, because the water used to clean factory farm facilities becomes polluted with excrement, antibiotics, and bacteria (and thus cannot be safely returned to the water system), it is stored in giant, open-air lagoons that are prone to leakage and further runoff. This nutrient runoff results in the growth of oceanic vegetation like algal blooms, a process known as eutrophication. This process depletes oxygen in the water, killing the animals and vegetation that live within it. In the US, these blooms are killing the food sources of larger wildlife like manatees, who predominately consume seagrass. The destruction of food sources can lead to animal endangerment and even extinction.

2. Factory farms drive up the percentage of greenhouse gases, which warm our oceans and kill marine life.

Ocean deoxygenation, the process of our oceans losing oxygen due to human activities, is rampant. Not only can it be caused by nutrient runoff, but it also occurs as a result of oceanic warming.

When temperatures in the atmosphere increase, the temperatures of our oceans do as well. This leads to a decrease in oxygen in the water, the death of marine life dependent on this oxygen, and an increase in oceanic acidity (which contributes to coral bleaching and coral death).

There is even a term for oceanic regions that contain little to no oxygen: ‘dead zones.’ 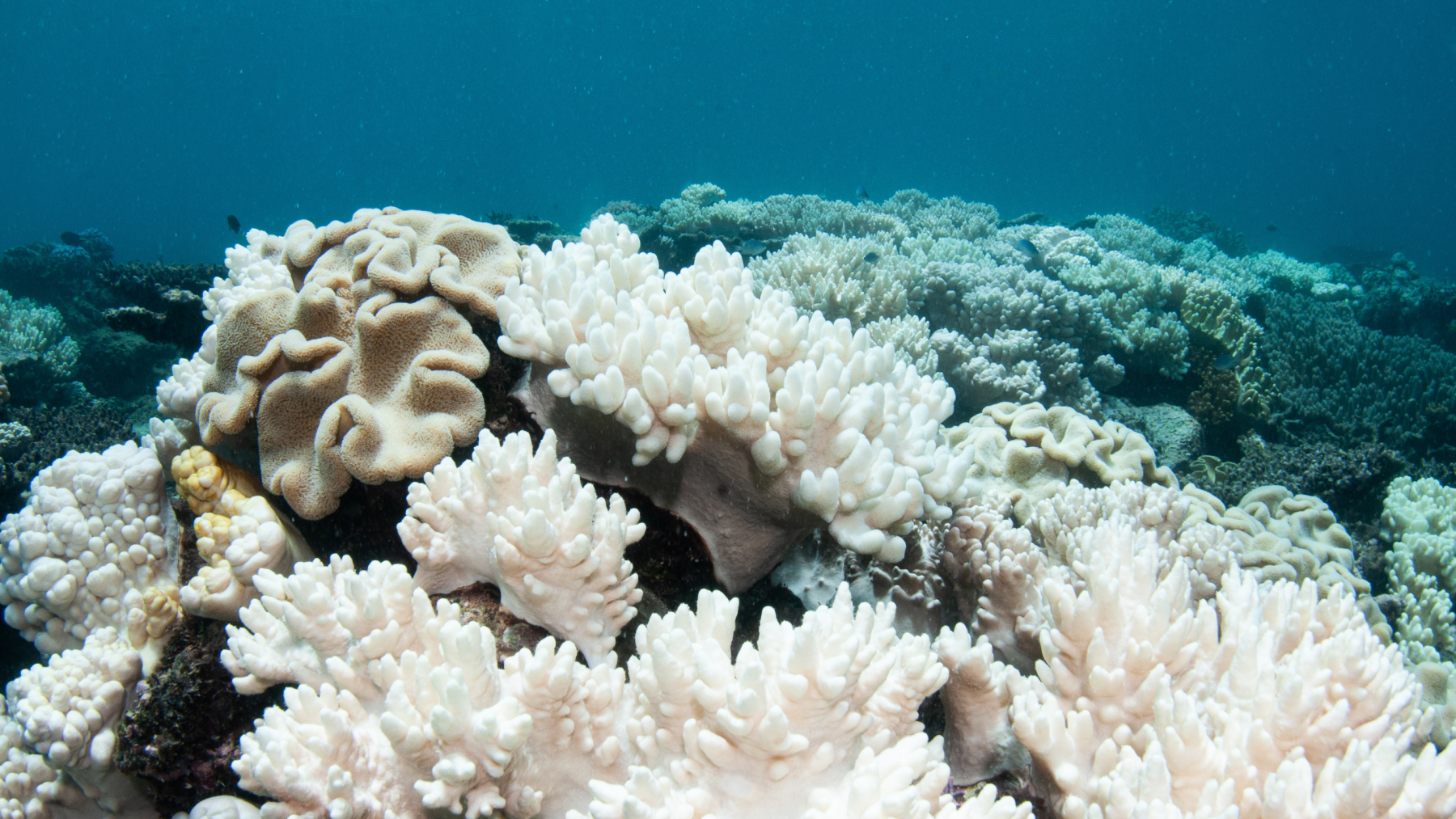 Factory farming doesn’t only occur on land. Open ocean fish farms exist, too—in fact, globally, more seafood is produced from fish farms than from traditional wild catch. In oceans and rivers, fish are confined in commercial enclosures called “aquafarms,” where they are packed so unnaturally close together that the use of antibiotics to prevent disease is common practice, just like on factory farms housing mammals and birds. Despite this, fish still develop parasites and other illnesses resulting in widespread suffering and subsequent toxic nutrient runoff that pollutes our oceans and endangers other aquatic species.

In addition, the species of fish most commonly farmed—such as salmon, trout, and catfish—play crucial roles in balancing the ecosystems in which they belong. Intensive aquaculture negatively impacts marine biodiversity—especially within the vicinity of the fish farms themselves. Open water fish farms threaten local populations with disease and parasites, such as sea lice, and escaped fish that compete with local populations for food and habitat.

Sea lice infestations resulting from farms are causing significant reductions in local salmon populations. It is predicted that if these outbreaks continue unchecked, extinction is almost certain. 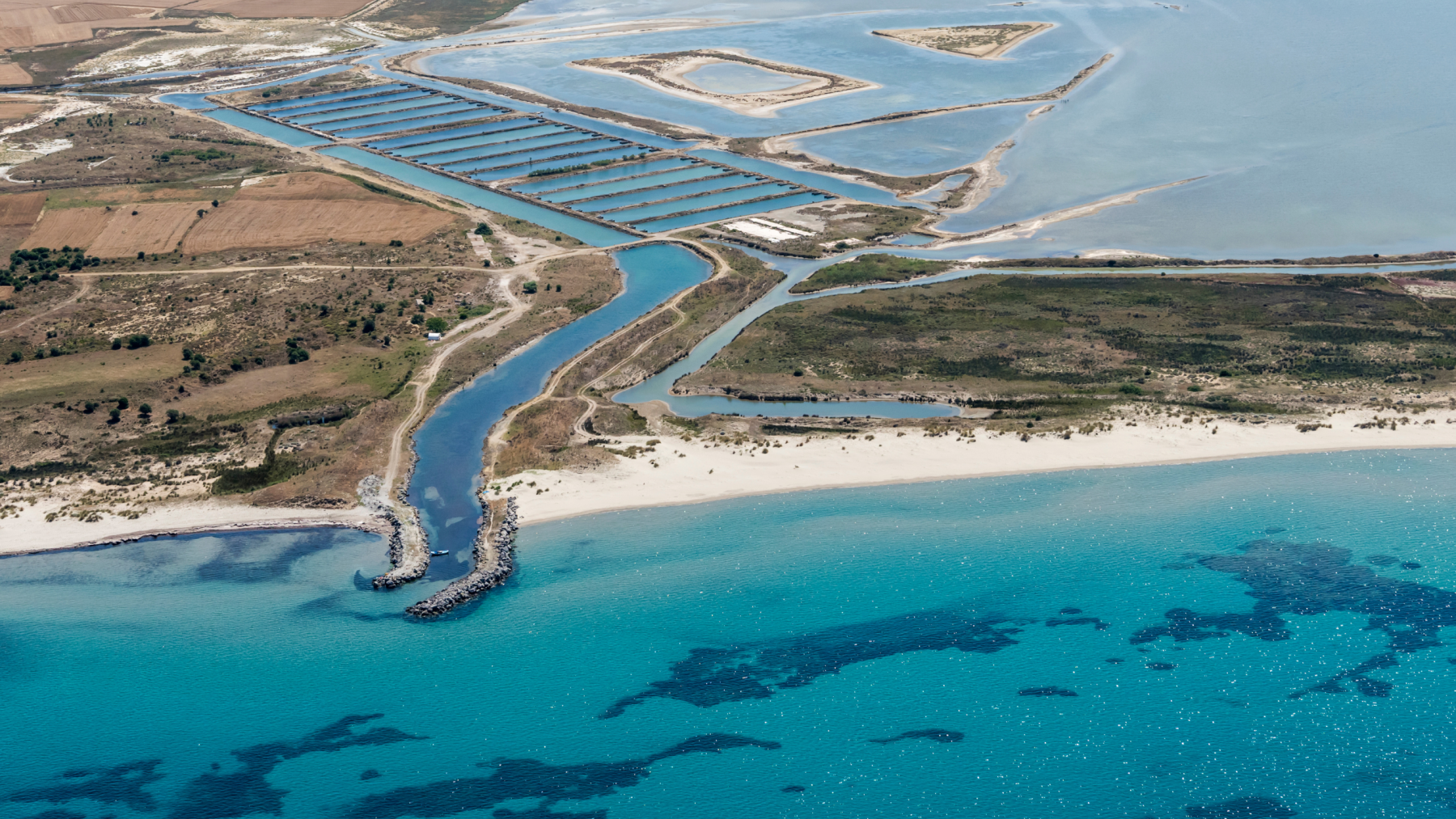 How can you help?

You can choose not to support factory farms and instead support the health of our oceans and save the lives of farmed and marine animals by reducing your meat consumption.

Need help getting started?  Right now, you can sign up for our “Plan Meatless Better” campaign to receive a free, personalized recipe plan that will help you add a meatless day to your week. Simply answer a few short questions about your favourite foods and your meatless recipes will be sent directly to your inbox!

Our statement on the cruel Yulin Dog Meat Festival 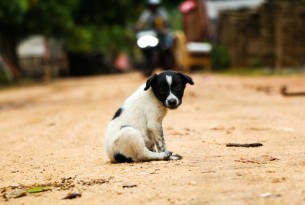 The Yulin Dog Meat Festival occurs every summer and causes unimaginable suffering and cruelty to dogs. 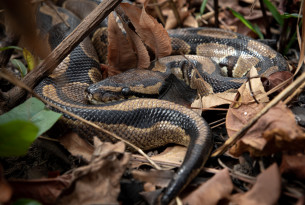 Today is World Snake Day 🐍 - a day to celebrate snakes and learn about their amazing abilities and behaviours. To help you celebrate, we’ve compiled a list of...