110,000 supporters call for an end to the illegal hunting of the pink river dolphin | World Animal Protection Skip to main content

110,000 supporters call for an end to the illegal hunting of the pink river dolphin

With the help of our supporters, we’re calling on the Colombia government to stop the Amazon pink river dolphin (Boto) from being slaughtered for illegal use as fishing bait to catch Piracatinga, a type of catfish.

"The pain and stress these beautiful animals endure is unimaginable. The Botos may struggle to free themselves for days before finally dying."

In the Brazilian Amazon, thousands of Boto dolphins per year are illegally hunted, primarily for bait to catch Piracatinga. During a hunt, dolphins are corralled into nets and harpooned by fishermen. The dolphins are then tied by their tail flukes to submerged trees, usually while still alive, and left until the fishermen return to later kill them. This practice of keeping the wounded dolphins underwater makes it hard for fishermen to be caught in possession of Boto bait, which is illegal, by authorities.

According to researchers, the Boto population is shrinking at a dangerous rate of 10% per year, with reports of hunts also coming from Peru, Bolivia, and Ecuador.

Earlier this year, we partnered with other organizations to persuade the Brazilian government to introduce a five-year ban on Piracatinga commercial fishing, beginning January 2015. During this time, the Brazilian government will work with the national fishing industry to develop different ways of catching Piracatinga, as well as alternative means of employment for fishermen. The government has also committed to creating a governmental task force to protect the dolphins.

We’re now asking the Colombian government to make the same commitment as Brazil to stop the sale and purchase of fish caught with Boto bait.

Colombia is one of the biggest consumers of Piracatinga. Piracatinga caught using Botos is illegally exported to Colombia, meaning Colombian consumers buy the fish without realizing it was caught by these cruel methods.  Piracatinga is also deceptively sold and marketed as capaz, a type of fish widely consumed in Colombia whose population is depleted due to overfishing.

Roberto Vieto, Wildlife Campaigns Officer at World Animal Protection says, “The pain and stress these beautiful animals endure is unimaginable. The Botos may struggle to free themselves for days before finally dying. And although their capture is illegal, enforcement of this law has been poor. This means the fishermen carrying out such cruelty and the intermediaries who buy the fish have rarely been caught. We need to stop these hunts now and find sustainable alternatives for the fishermen’s livelihoods, so they can provide for their families without cruelty towards dolphins.”

Roberto continues, “We’ll be working hard over the next few months to persuade the Colombian government to stop the commercialization of piracatinga imported from Brazil and also to look at ways that enforcement of laws protecting the dolphins can be improved in Brazil. We are also educating Colombian consumers that buy capaz, as they don’t know that they’re actually consuming piracatinga caught with Boto bait and smuggled into the country.” 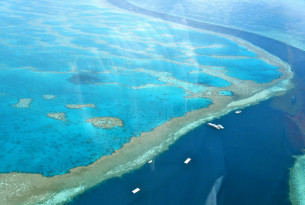 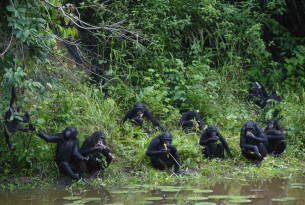 The consumption and trade of wild animals has contributed to the spread of Ebola in West Africa. In the piece below, our Regional Director for Africa, Tennyson...