Here are some phenomenal facts about pangolins!

Pangolins are solitary, primarily nocturnal animals – so there’s a good chance you aren’t too familiar with them. They look pretty cool with their scale-covered bodies, which acts like a suit of armour to protect them – but a pangolin’s biggest threat isn’t a predatory animal, it’s humans.

The name, “pangolin”, is derived from the Malay word “pengguling”, which loosely translates to “something that rolls up” – and the name is pretty literal, because that’s how they defend themselves. When feeling threatened, the small mammals roll up in a ball, so only their scaly suit of armour is exposed. You may have seen an echidna or armadillo doing the same thing on a nature documentary!

Pangolin scales are made of keratin, the same protein that makes up our own hair and nails. They cover almost their whole body, except the underside, and make up roughly 20% of a pangolin’s body weight.

Also similar to echidnas, pangolins have no teeth, and long sticky tongues to catch their food. And they love to eat ants. They are insectivorous, so their diet also includes termites, larvae and other small insects and they can eat up to 70 million insects each year! This makes them a great natural pest controller.

Pangolins are sentient beings – they think, feel, and have unique personalities 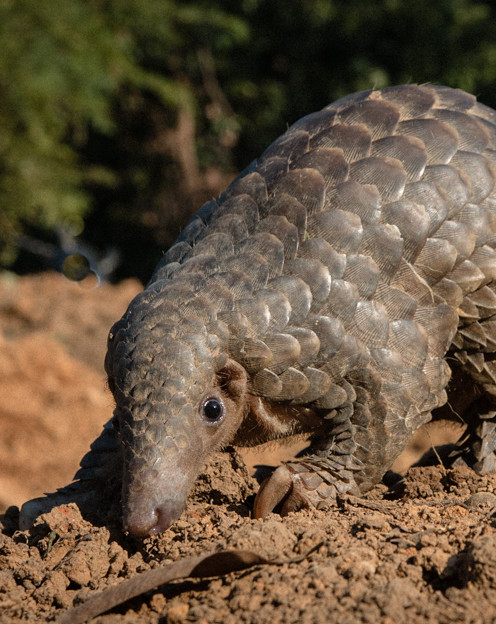 Are you a pangolin expert?

Take our pangolin quiz now to test your knowledge!